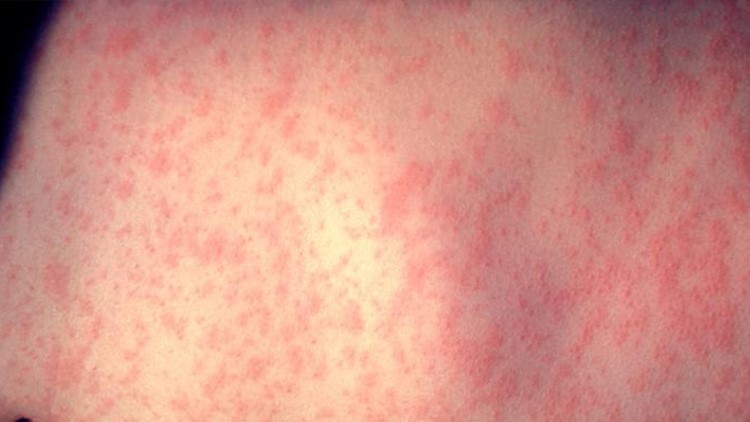 A Scientology cruise ship with nearly 300 passengers and crew members has been quarantined in the Caribbean since Monday after a female crew member tested positive for measles, according to media reports.

The 440-foot cruise ship "Freewinds" is quarantined in the port of St. Lucia, according to NBC News.

“We got information early this morning through two sources – two reputable sources, that there was a confirmed  case of measles on a cruise ship that visited our Island,” Dr. Fredericks-James, the country's chief medical officer, said in a statement to the media. "The individual is in stable condition."

Previous: Are you protected if your measles shot was years ago? 5 questions answered

St. Lucian officials have been coordinating with the Pan American Health Organization and Caribbean Public Health Agency, the St. Lucia Times reports. At the moment, the ship is scheduled to leave St. Lucia late Thursday night, but the crew and passengers are currently not allowed to leave the vessel.

"To a Scientologist, boarding the Freewinds for New OT VIII is the pinnacle of a deeply spiritual journey," the Church of Scientology wrote on its website. "Years of training and auditing have brought him to this ultimate point. It is the most significant spiritual accomplishment of his lifetime and brings with it the full realization of his immortality."

Related: US measles cases top 700, the highest in 25 years

Meanwhile, a measles outbreak continues to affect the United States, prompting fines in New York and quarantines in California. The Centers for Disease Control and Prevention reports 704 individual measles cases in 22 states.

"This is the greatest number of cases reported in the U.S. since 1994 and since measles was declared eliminated in 2000," the CDC says.

The CDC says the measles virus lives in the nose and throat mucus, and the disease is spread through sneezing and coughing.

Measles symptoms usually appear within 10 to 14 days and often include dry cough, runny nose, sore throat or fever. Skin rashes are also common. You should call a doctor if you believe you or a family member may have been exposed to Measles.