Residents say something has to be done about it the sinkhole. 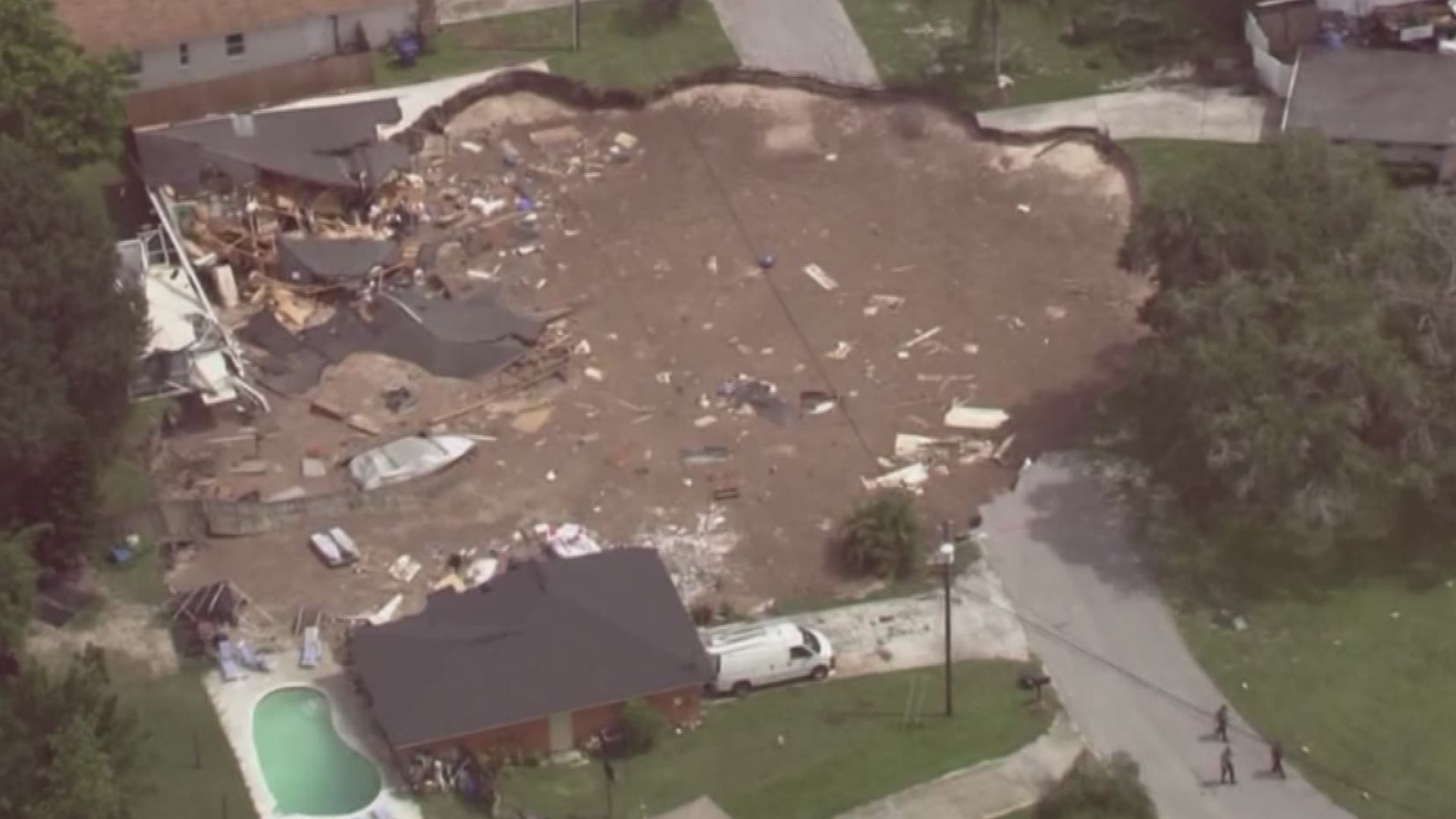 LAND O' LAKES, Fla. - It may seem hard to believe, but Saturday marked the one-year anniversary of a massive sinkhole that opened up and damaged or destroyed at least seven homes.

The hole itself has since been filled, but evidence of the disaster, even a year later, still remains.

And neighbors are not happy about it.

“Do something! Don’t just - it’s like a murder scene back there, you know what I mean,” said Boden Blues, who lives two houses away from the sinkhole. 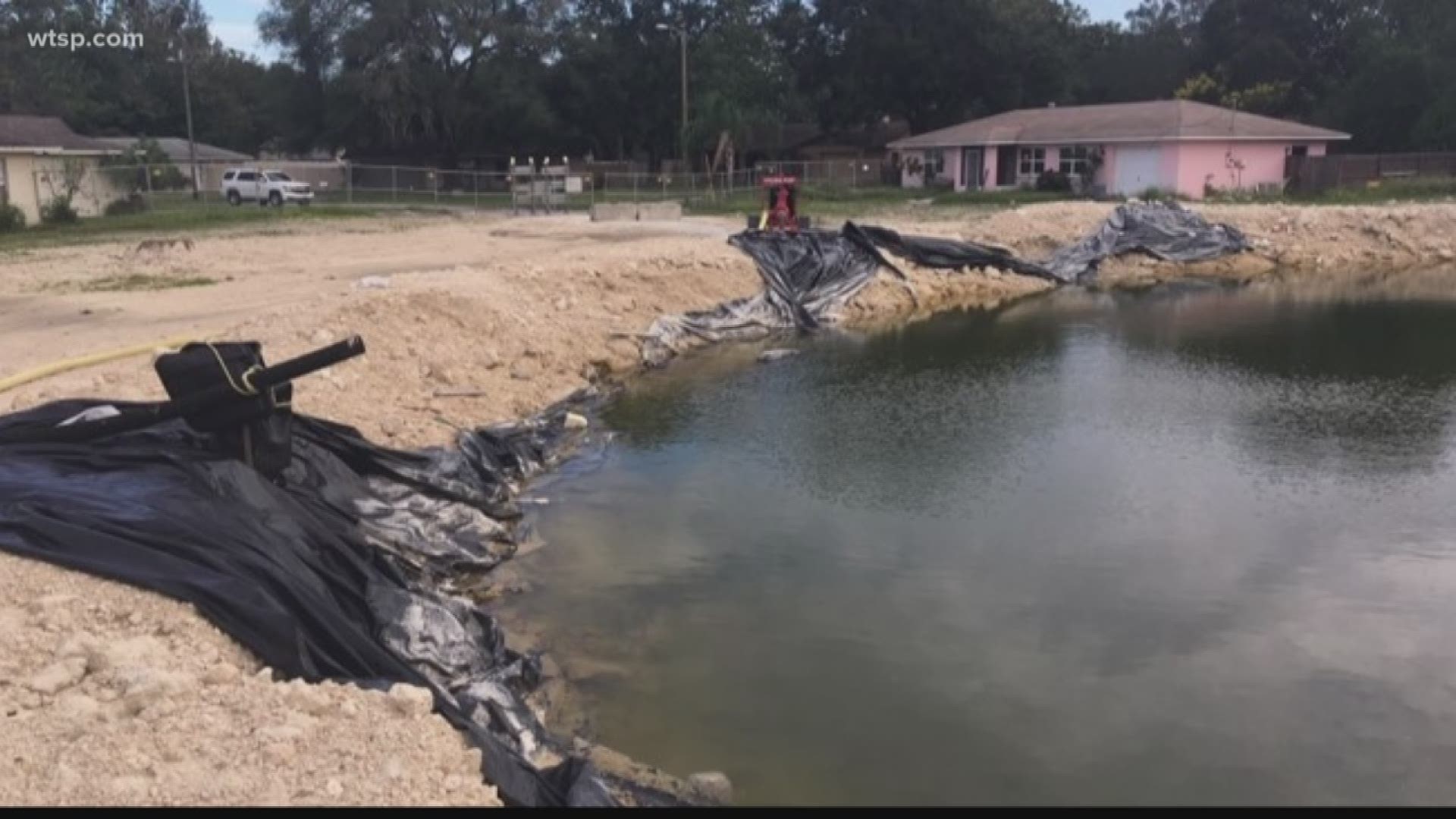 For people like Blues living along or near Ocean Pines Drive, the massive sinkhole site is a like wound that hasn’t fully healed.

“It’s very disappointing because that’s what these people have to wake up and look at,” he said.

The depression between two homes didn’t stop growing until it had reached 240 feet across and 50 feet deep.

“Well, I would love to think that somebody could live there again,” said neighbor Stephanie Williams. “I guess it’s just a matter of what the professionals say. And is it safe, not safe?”

In November, Pasco County held public meetings to discuss what to do with the property.

Options ranged from creating cul-de-sacs to connecting the hole to nearby Lake Saxon.

In May, county officials decided to go with the least expensive option: Creating a pair of dead end roads with T-shaped turnarounds.

In the meantime, despite all the street signs, dozens of people each week do what Chuck Holley did Saturday.

They drive down the block to put eyeballs on the eyesore.

“Just curious,” said Holley. “You know, wondering if anything was going on. If anything changed.”

Pasco County has already spent close to a million dollars on stabilizing the sinkhole and other public safety measures. Redesigning the road as well as repairs will likely cost several hundred thousands more.

The county has repeatedly said its responsibility ends where the pavement ends, which means the rest is up to the residents' private insurance.

For now, the unlivable houses still sit. A chain-link fence still stands. And a year later, those living in the neighborhood still wonder when, if ever, things will get back to normal.

“Make a decision. Is it livable? Is it not livable," Williams said. "I mean, quite honestly, if they would just put a bunch of trees there and never bought another house there I’d be OK with that too."