Dolphin tracked since 2006 found dead amid red tide outbreak; total now up to 11

Several dolphins, sea turtles, fish and more have been found washed up dead amid an outbreak of red tide. 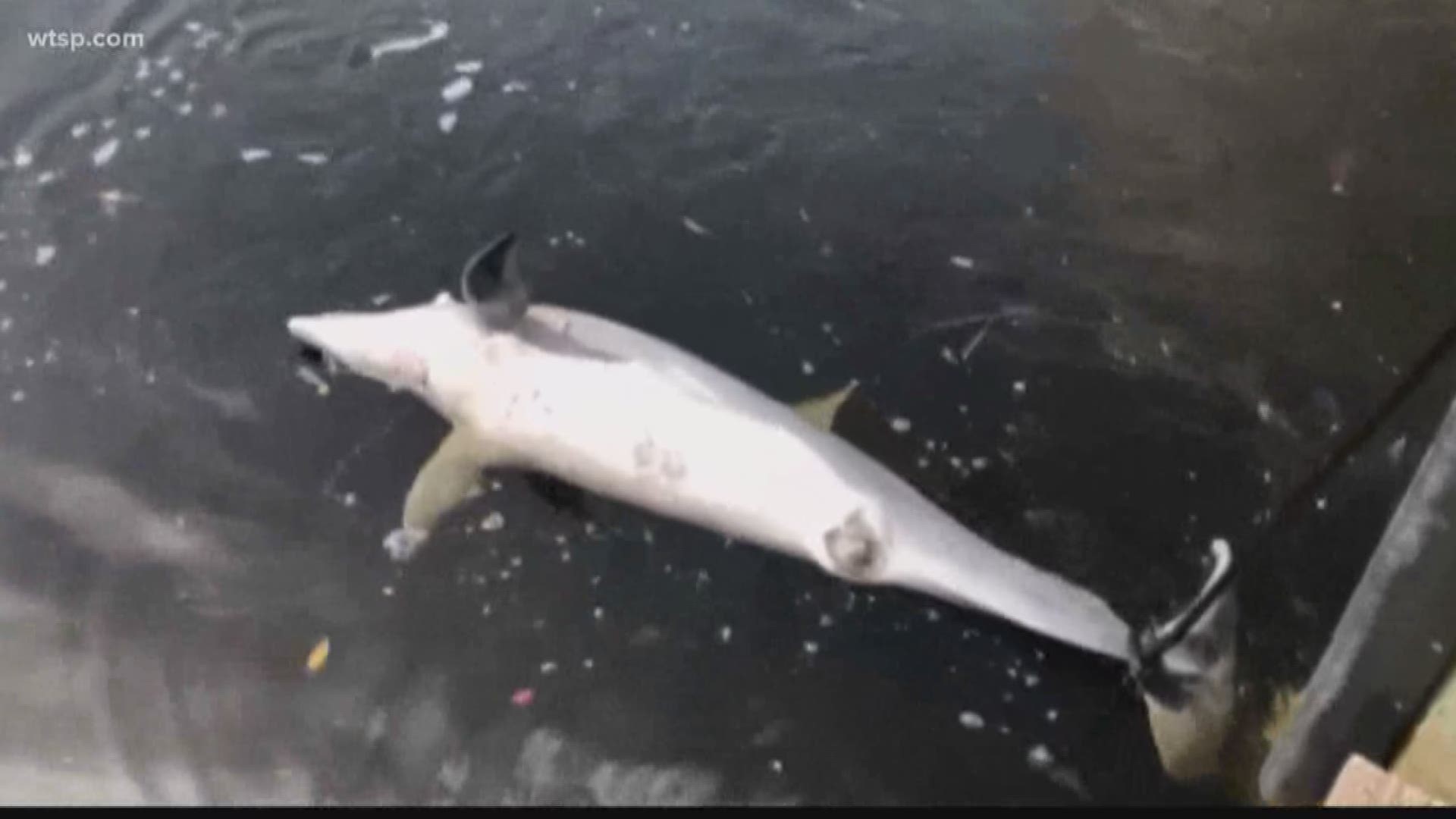 The 11th dolphin was a 12-year-old named Speck, who was being tracked since birth by the Sarasota Dolphin Research Program. He spent most of his time in the area of Siesta, Casey and Lido keys and had been documented more than 340 times, according to the group.

Necropsies are ongoing or will be conducted on all the animals to figure out their cause of death. The toxic red tide appears to be the leading candidate, however, having already killed thousands of fish, manatees, sea turtles and other marine life in recent weeks.

Venice Police Officer Paul Joyce serves on the agency's marine unit and last week told 10News every time he sees his phone ring or he gets a text from a rescue group, "My heart rate goes up my blood pressure goes up."

Pinellas County beaches that have yet to measure any considerable concentration should see the situation improve some in the meantime.