Red tide at the beach: See the latest conditions

The consequences of high levels of red tide mean a greater die-off of marine life and severe respiratory irritation to anyone who visits the area. 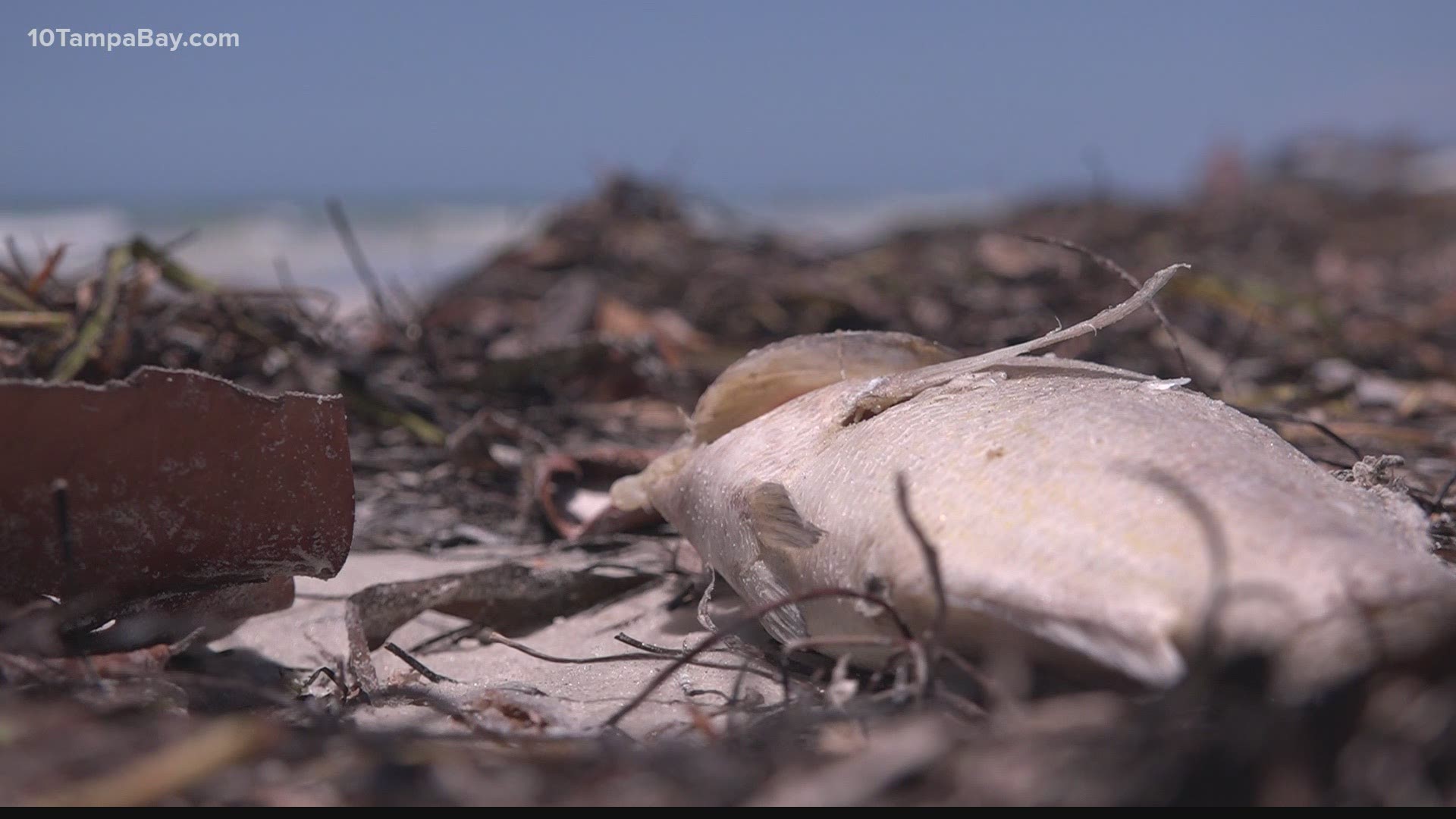 ST. PETERSBURG, Fla. — With this beautiful summertime weather, it's hard not to want to go to the beach.

But once you get out there, red tide could ruin those plans. The organism that causes red tide, Karenia brevis, has filled many Tampa Bay-area waterways with dead marine life and the smell that comes along with it.

Some locations are worse than others — Visit St. Petersburg/Clearwater has a handy tool on its website detailing the latest red tide conditions.

Mote Marine Laboratory and Aquarium also has a mapping tool that shows several types of information about southwest Florida beaches during red tide events. You can see whether there are dead fish, whether beachgoers are experiencing respiratory irritation and learn the color of the water.

The Gulf of Mexico Coastal Ocen Observing System has an experimental map you can use to zoom in and out on several beaches along the Gulf of Mexico. This predicts the risk of respiratory irritation given wind and ocean current forecasts.

The consequences of high levels of red tide mean a greater die-off of marine life and severe respiratory irritation to anyone who visits the area. Pinellas County on Thursday reported at least 1,442 tons of dead sea life have been collected.

Red tide clean-up efforts have spanned weeks in St. Petersburg, and dead fish still are washing ashore. People who live here say if it weren't for those clean-ups efforts, the downtown area would be unbearable.

"No, I would not come down here and run if they had not cleaned up," Jeff Waite said. "It was pretty bad."

Waite just moved back to St. Petersburg a few weeks ago. He said that shortly after he got settled, dead fish and other marine life were washing up everywhere.

"Before the red tide hit, it was amazing to run down here," he said. "Unfortunately, the red tide came down here. A lot of dead fish. I think the city has done an amazing job in a short amount of time."