Low to medium levels of the harmful algae bloom were still found in Pinellas County waters. 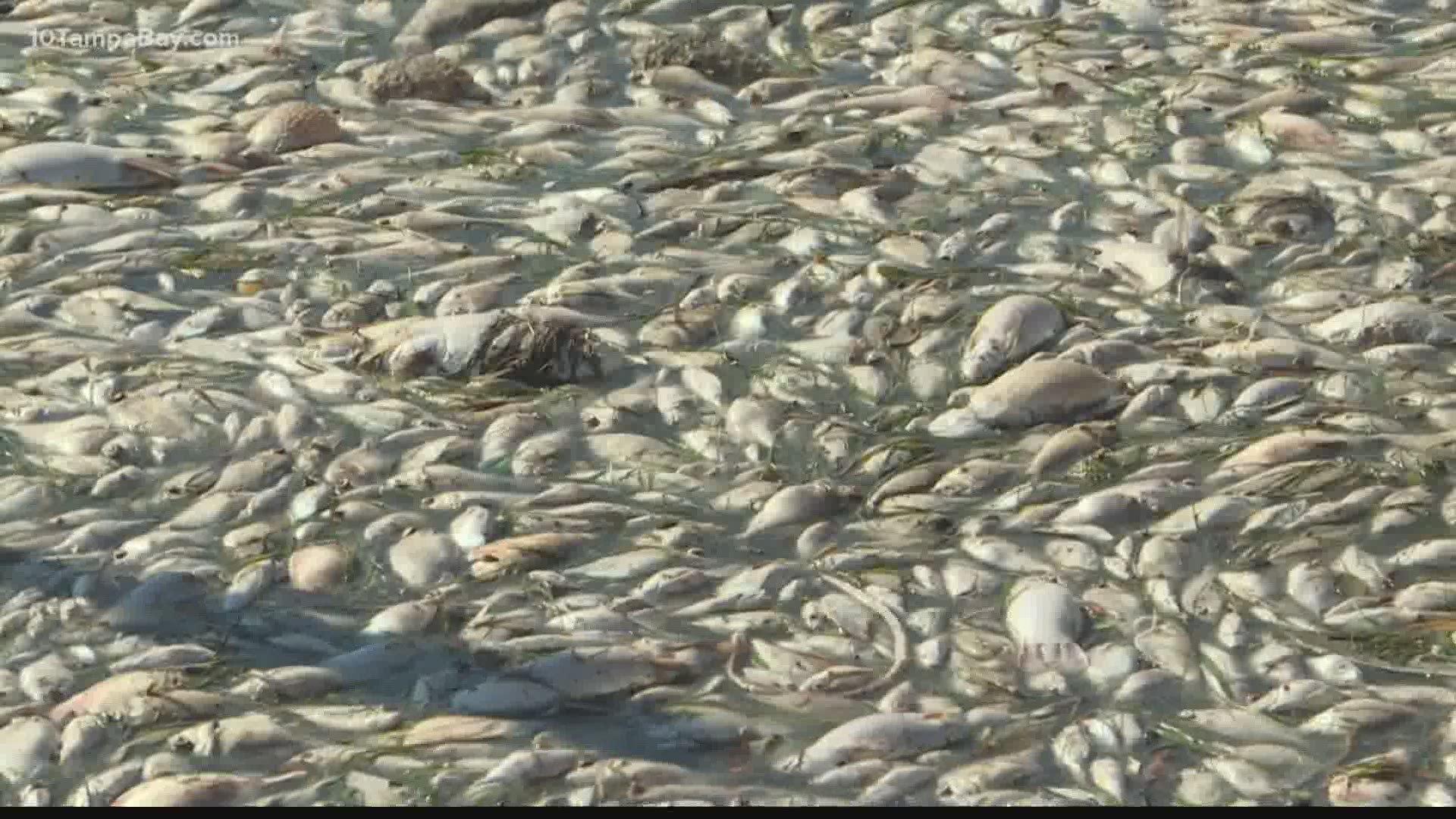 SARASOTA, Fla. — After months of sitting in the sand next to dead fish or watching the sunset with a tickle in your throat, red tide has finally subsided in some Tampa Bay area beaches.

For the first time in months, red tide has not been detected at beaches in Sarasota and Manatee counties. Karenia brevis, the organism that causes the harmful algal bloom known as red tide, was not found in any of the latest samples pulled Florida Fish and Wildlife Conservation Commission in those areas.

Though conditions have gotten better for most Tampa Bay area waterways, we're not completely in the clear just yet.

Low to medium levels of the harmful algae bloom were still found in Pinellas County waters, while medium to high levels were detected in the latest Pasco County samples.

However, we're much better off than we were just a few months ago when 1,823 tons of dead sea life had been removed from Pinellas County alone. That's more than 3.6 million pounds.

You can check in on the FWC's latest fishkill reports here.

Keep in mind that conditions can change daily, so it's best to check on them before you pack your beach bag.