Crews remove 66 tons of dead fish, plus other debris, amid red tide outbreak

Contact FWC if you come across an area of dead marine life on the beach. 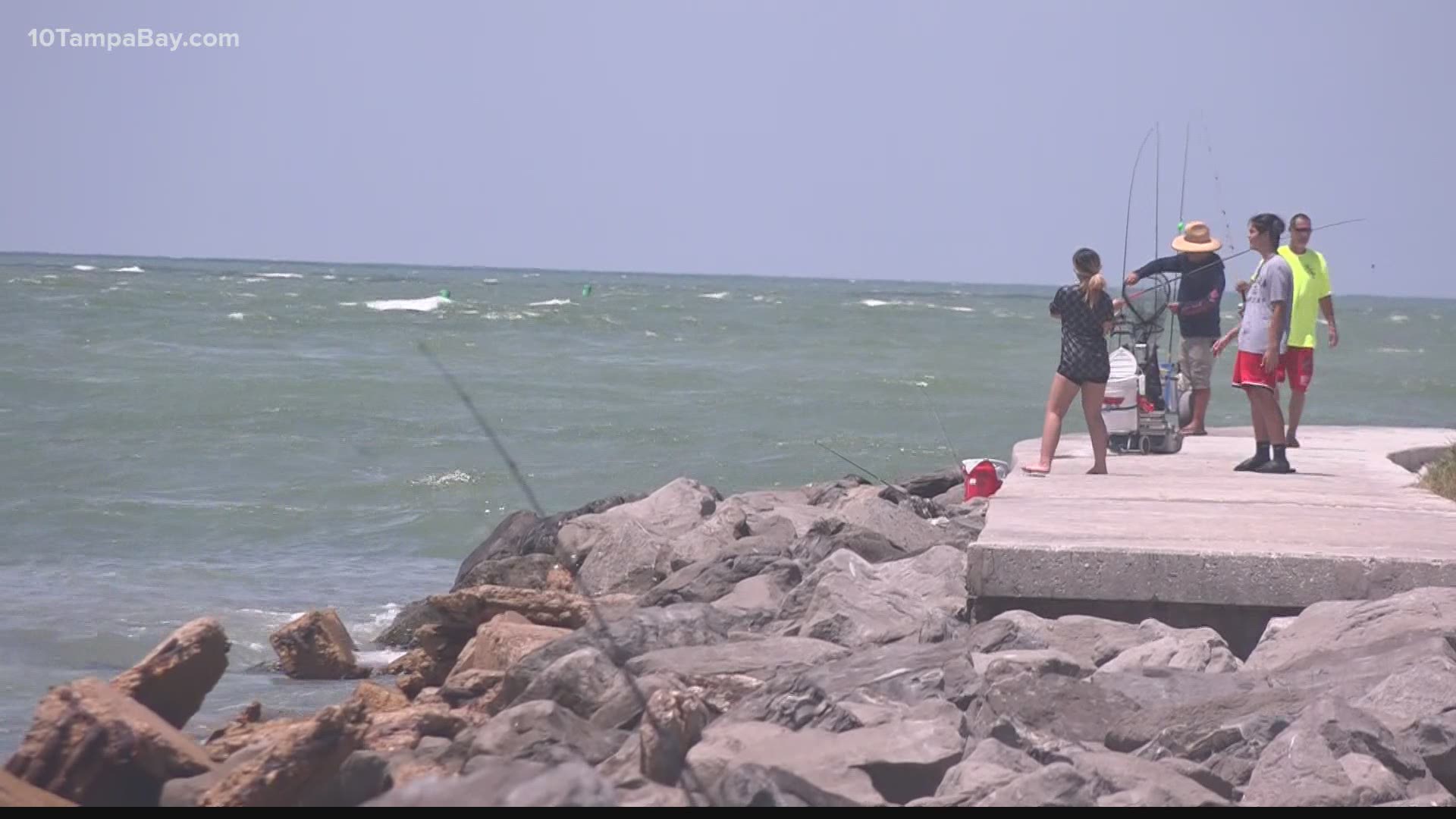 ST. PETERSBURG, Fla. — The stinkiness that is a bunch of dead fish and other marine life could be worse.

Crews have been out and about the Pinellas County coastline in recent days, picking up the fish and other material that has washed ashore. By Monday afternoon, that equates to about 66.83 tons of debris, spokesperson Tony Fabrizio said.

That's also a lot of material that could be totally stinking up the coast if it weren't removed.

High concentrations of the red tide organism, Karenia brevis, have been measured in recent days near Redington Beach and Bay Pines, according to the Florida Fish and Wildlife Conservation Commission. Medium concentrations – but still enough to cause respiratory issues – have been reported near the Clearwater Beach area.

The red tide organism produces a toxin called brevetoxin that affects the central nervous system of fish, which leads to their death, according to Mote Marine Aquarium. Other marine life can be impacted, too, such as sea turtles.

Birds also can be sickened by eating the fish.

People are encouraged to call the FWC fish kill hotline at 1-800-636-0511 to submit a report of dead marine life by phone, or they can do so online.