The patchy bloom of the red tide organism was observed in Pasco, Pinellas, Manatee and Sarasota counties. 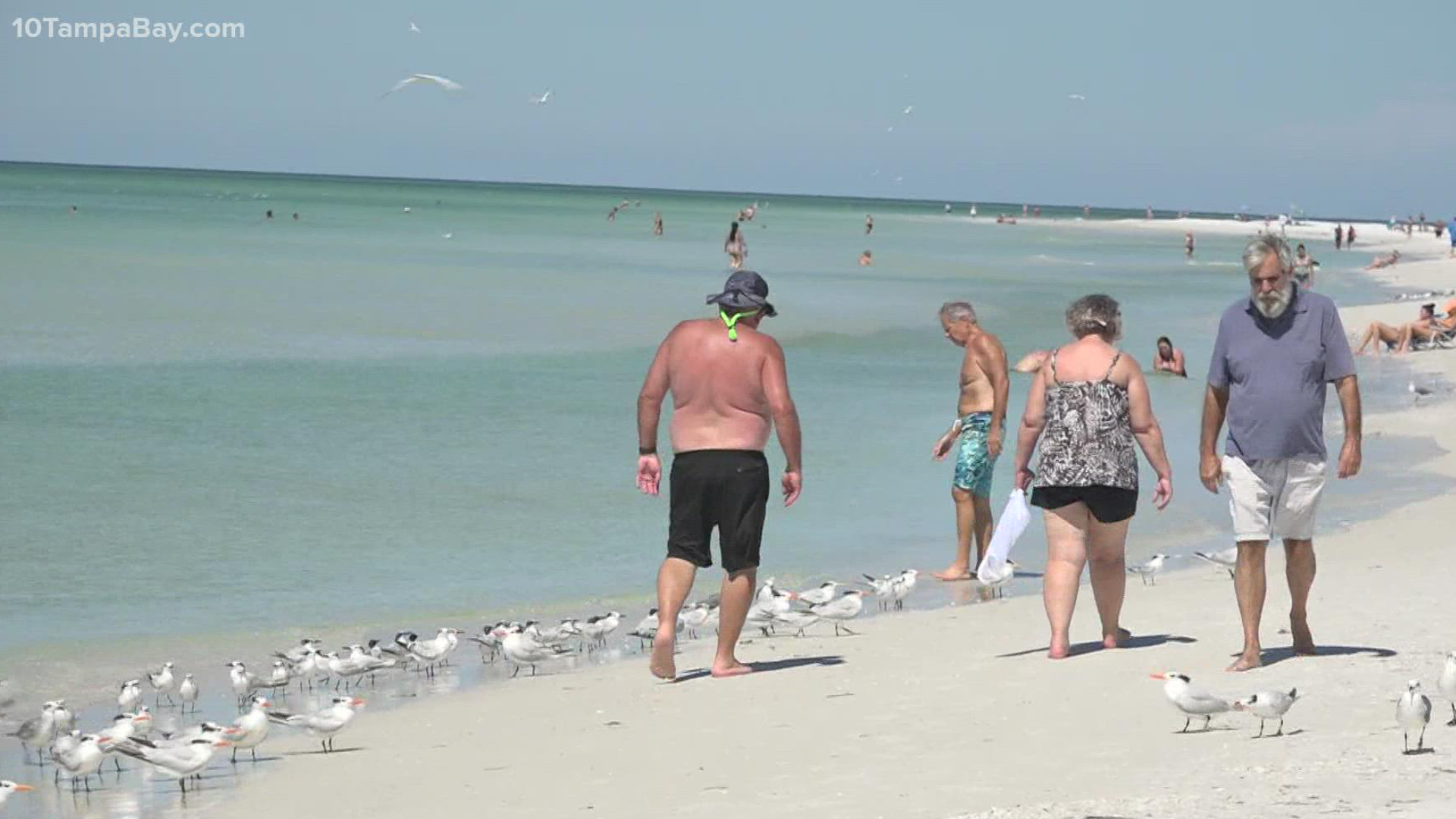 ST. PETERSBURG, Fla — The Tampa Bay area saw a return of the red tide organism in beaches and waterways a week ago, and now Sarasota County beaches are on high alert as the patchy bloom plagues the area.

At the beginning of September, there were no reports of the red tide organism, Karenia brevis, from the Florida Fish and Wildlife Conservation Commission (FWC). However, last week samples collected showed concentrations in Manatee and Sarasota County.

According to FWC's red tide map, concentrations are most present located offshore and onshore of north Pinellas County beaches, near Clearwater and Madeira Beach.

Wednesday, the Florida Department of Health in Sarasota County sent out an alert about elevated levels of red tide detected along area beaches.

Signage has now been posted at the following beaches letting beach-goers know that red tide is present:

The department is advising the public not to swim around dead fish nor harvest or eat molluscan shellfish and distressed or dead fish in the area.

You can check out the FWC's latest Fishkill reports here.

Local researchers and scientists who are working to find solutions to red tide have said climate change and human activity remain a concern and contributing factor.

They say while red tide occurs naturally, people and communities need to do their part to decrease its intensity.

"Our water temperatures don't go down as they used to before and that might be a problem. But if you've got a pretty clean estuary, a pretty clean Sarasota Bay, you probably wouldn't get as big an event compared to if you've loaded that system with fertilizers and Nitrogen," said Dave Tomasko, Executive Director, Sarasota Bay Estuary Program.

RELATED: Red tide was starting to clear up around Tampa Bay area beaches until it wasn't 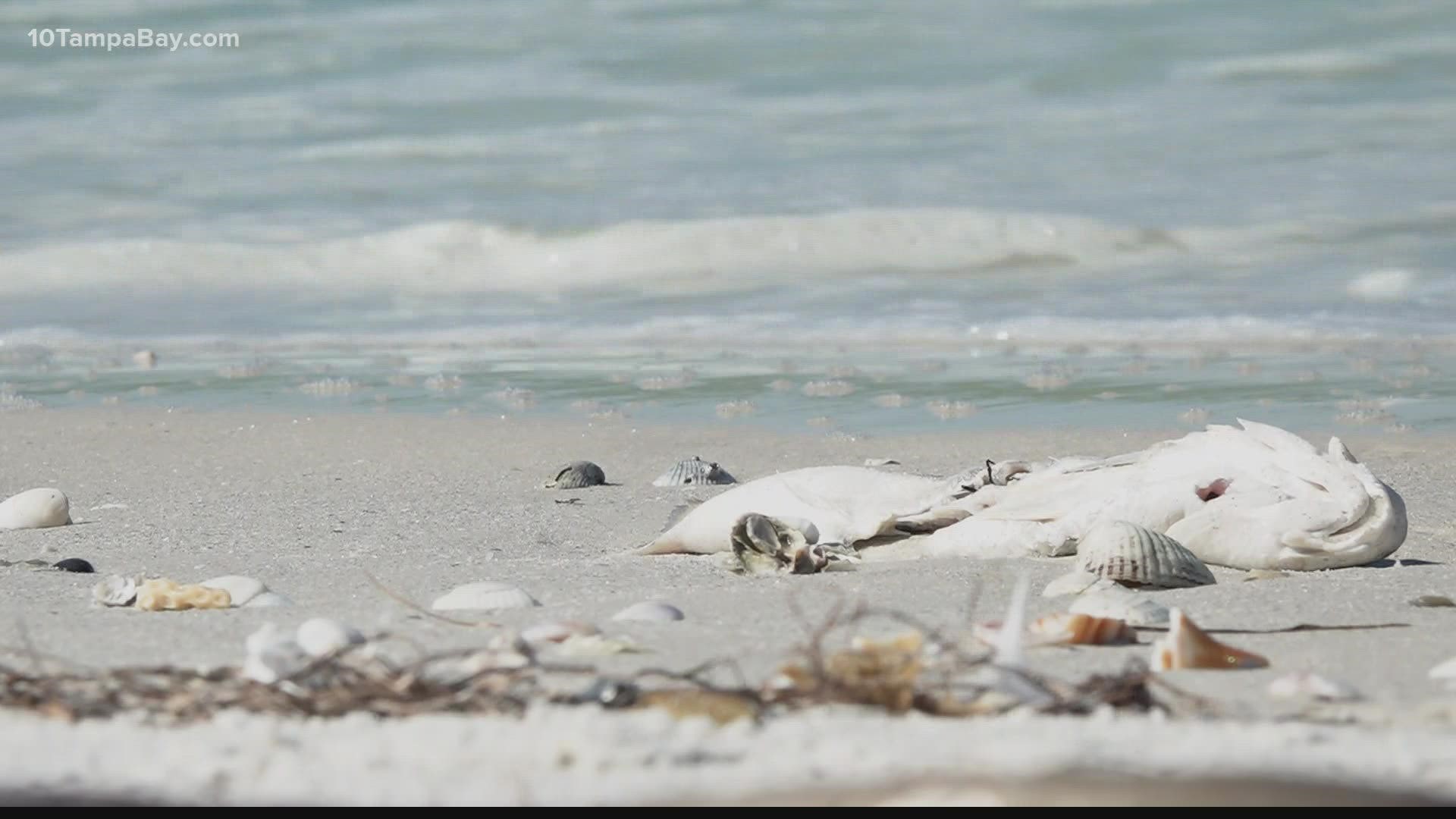 Newest red tide report: 'Most encouraging that we've seen in quite a while'