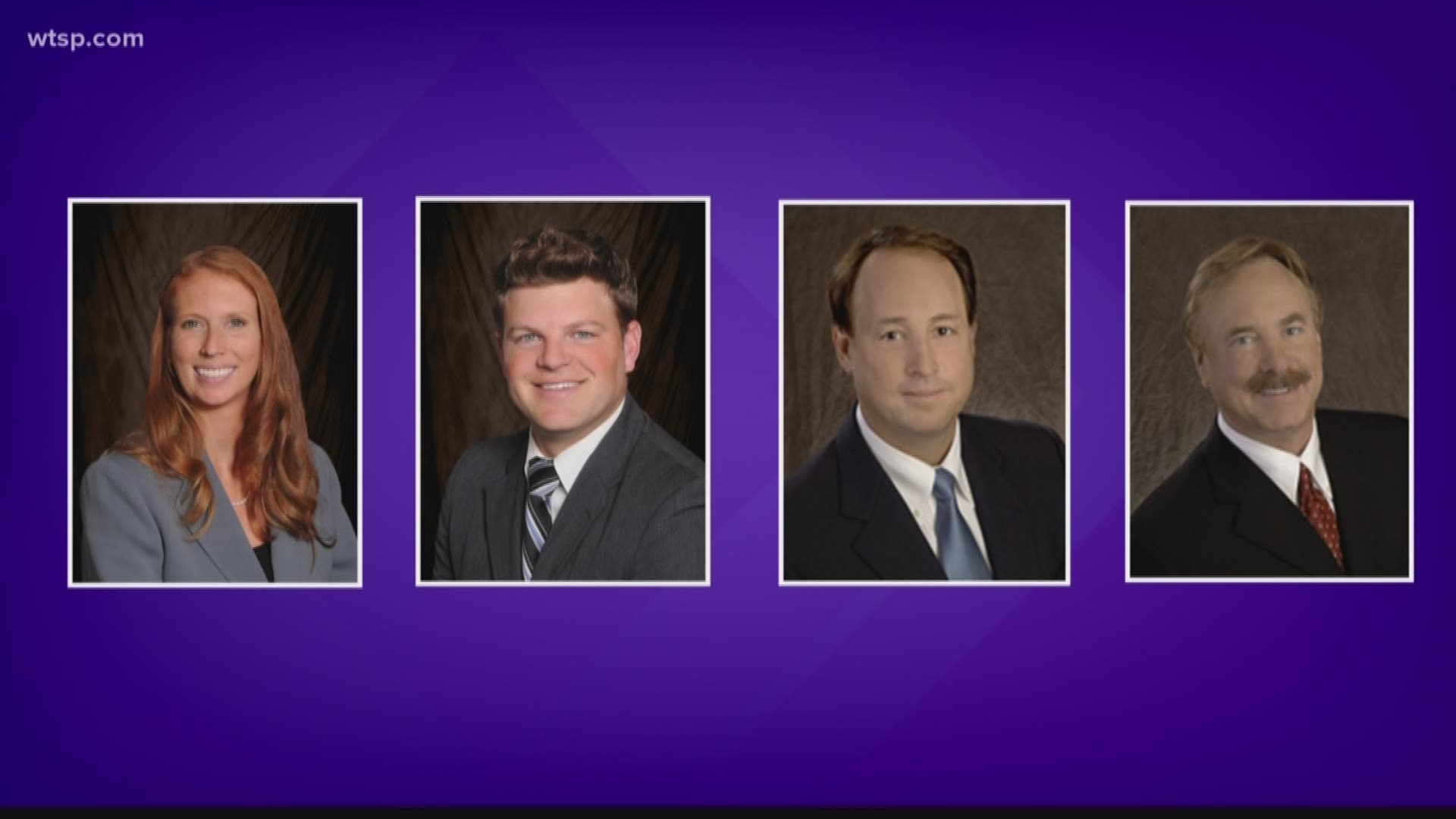 PAHOKEE, Fla. — The Palm Beach County Sheriff's Office released the identities of five people killed after the plane they were flying in crashed into Lake Okeechobee.

A rescue began Friday afternoon after their twin-engine Piper aircraft went down about 400 yards from the lake's southeast shore near the Pahokee Airport. It had taken off from Tampa International Airport.

In a news release, the sheriff's office says its marine unit and the Palm Beach County Fire Rescue recovered the bodies of five Florida residents from the plane's fuselage.

They are as follows: Heather Bridwell, 43, of Jupiter; Matthew Fiorello, 36, of Palm Beach Gardens; Edwin Mortell III, 54, of Stuart; Eduardo Mulet, 45, of West Palm Beach; and Eric Peterson, 73, of Lighthouse Point. Bridwell, Fiorello, Mortell and Peterson were all attorneys at Peterson and Bernard.

Bridwell's family set up the following GoFundMe account for her funeral costs.

The Palm Beach Post reports four of the passengers were attorneys at the Peterson Bernard law firm. Mulet was a licensed pilot, according to the Associated Press.

The events leading up to the plane crash are not yet known.

Sheriff's office investigators are handling the death investigation while the Federal Aviation Administration and the National Transportation Safety Board investigate the crash.