This is the Florida man's third attempt to journey across the sea in his homemade "hydropod." 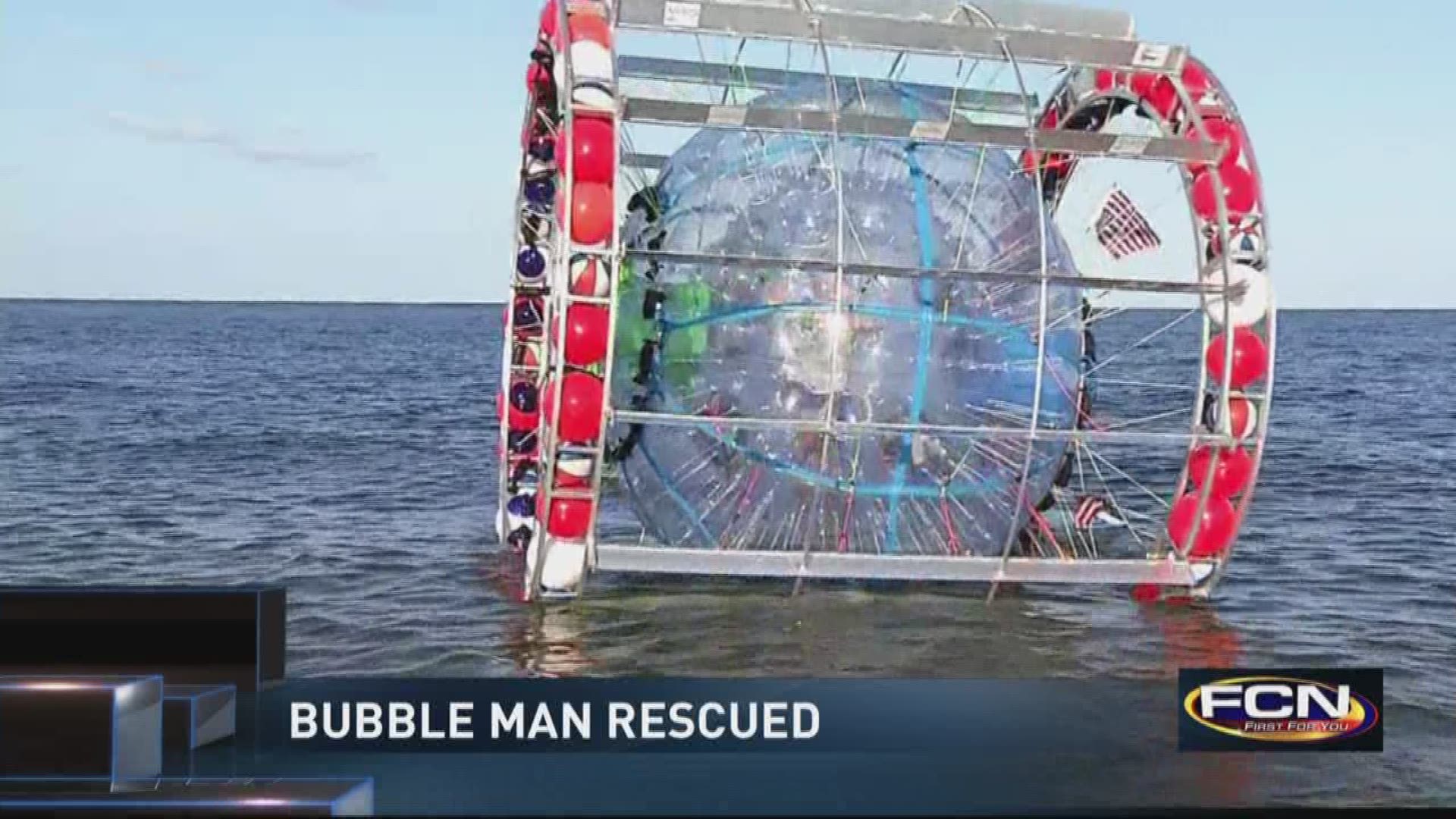 FLAGLER COUNTY, Fla. — A man who had his eyes set on floating from Florida to New York in a bubble contraption has put his journey on hold.

Runner Reza Baluchi attempted his latest run by sea before washing ashore inside what he calls a "hydropod," the Sun-Sentinel reported. It's all part of an effort to fundraise money for first responders, sick children and people who are homeless, he said.

The Flagler County Sheriff's Office reported that Baluchi left the St. Augustine area July 23 to head to New York but came across some complications that brought him back to shore.

This is not the 49-year-old's first time making an effort to journey across the water in the bubble contraption.

This morning, the #FCSO responded to a call about a vessel washing ashore in the Hammock area.

Thank you to the concerned citizens who reported this. We are happy to announce that the occupant of the vessel is safe with no injuries! #SeeSomethingSaySomething pic.twitter.com/zlenQd1tX7

In 2016, the Coast Guard rescued Baluchi in his second attempt to reach Bermuda in an inflatable bubble. During his first attempt in 2014, Coast Guard cutters located him after only two days of his voyage to Bermuda from the Miami area where he appeared disoriented and making little progress in his trek, CBS News reports.

The sheriff's office wants Baluchi to remove the homemade bubble runner that resembles a hamster wheel from the beach, but rough weather in the area complicated efforts, the Sun-Sentinel said.

On Sunday, Baluchi was waiting out the weather near the Palm Coast to continue his journey to New York. He also had a team ready to follow in a safety boat in case of an emergency but was unable to make a move due to weather conditions, he told the Sun-Sentinel.