Florida mask lawsuit could be in legal limbo for next month

With a lawsuit tied up in the courts and an ever-changing COVID-19 situation unfolding, school districts in Tampa Bay aren't yet changing their approach. 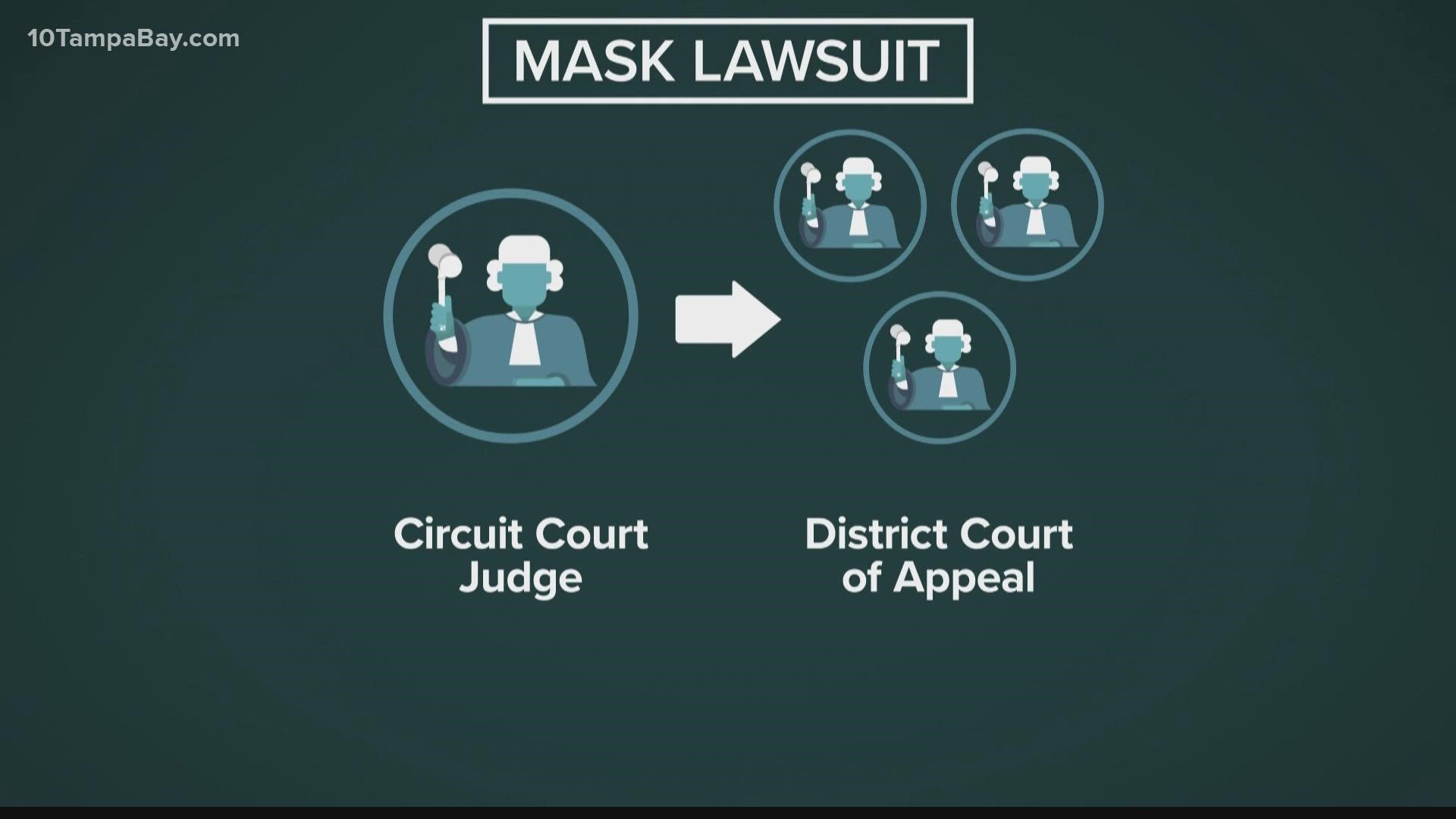 TALLAHASSEE, Fla. — A Leon County judge made a ruling striking down Gov. Ron DeSantis' ban on mask mandates in schools.

If only the legal system were that simple.

Once the governor's attorneys filed an appeal, it opened the door for a tedious back-and-forth entangled in legal details and complexities.

The District Court of Appeal might not have a ruling for another 30 days.

Leon County Judge John Cooper filed his written order Thursday, six days after he issued his verbal ruling. Within hours of filing the written order, DeSantis and the Department of Education's attorneys filed a notice of appeal.

RELATED: What happens next in Florida's school mask mandate lawsuit?

Here's where things get complicated.

By filing the appeal, the court issues an "automatic stay," which means Cooper's ruling becomes invalid and the governor's executive order remains law, at least for the time being.

Shortly after the stay went in place, the plaintiff's attorneys filed a motion to vacate the stay.

Cooper set a hearing for 10 a.m. Wednesday, Sept. 8, to hear arguments regarding the stay.

If the judge rules to vacate the stay, then the governor's order becomes invalid while the appeal process plays out. However, the District Court of Appeal could reinstate the stay, in which case Charles Gallagher, an attorney for the plaintiffs says his team will file a motion to vacate the stay at the appellate level.

And here we are, all bogged down in the judicial system.

Meanwhile, 11 school districts in Florida are defying the governor's executive order, including Hillsborough and Sarasota, by requiring masks for all students and staff except for those with a doctor's note.

Both districts plan on pressing on with their requirements despite receiving letters from Florida Education Commissioner Richard Corcoran threatening to withhold school board members' salaries.

Last week, Pinellas School Board member Caprice Edmond filed a motion to hold a meeting to discuss a mask mandate. The motion failed as her board voted 4-3.

Edmond said, "I’m going to continue to advocate for more policies, more guidelines to ensure the safety of our students and staff."

The next Pinellas County School Board meeting is on Sept. 14.