An investigation is ongoing into who and what Greenberg searched, a spokesperson said in an emailed statement. 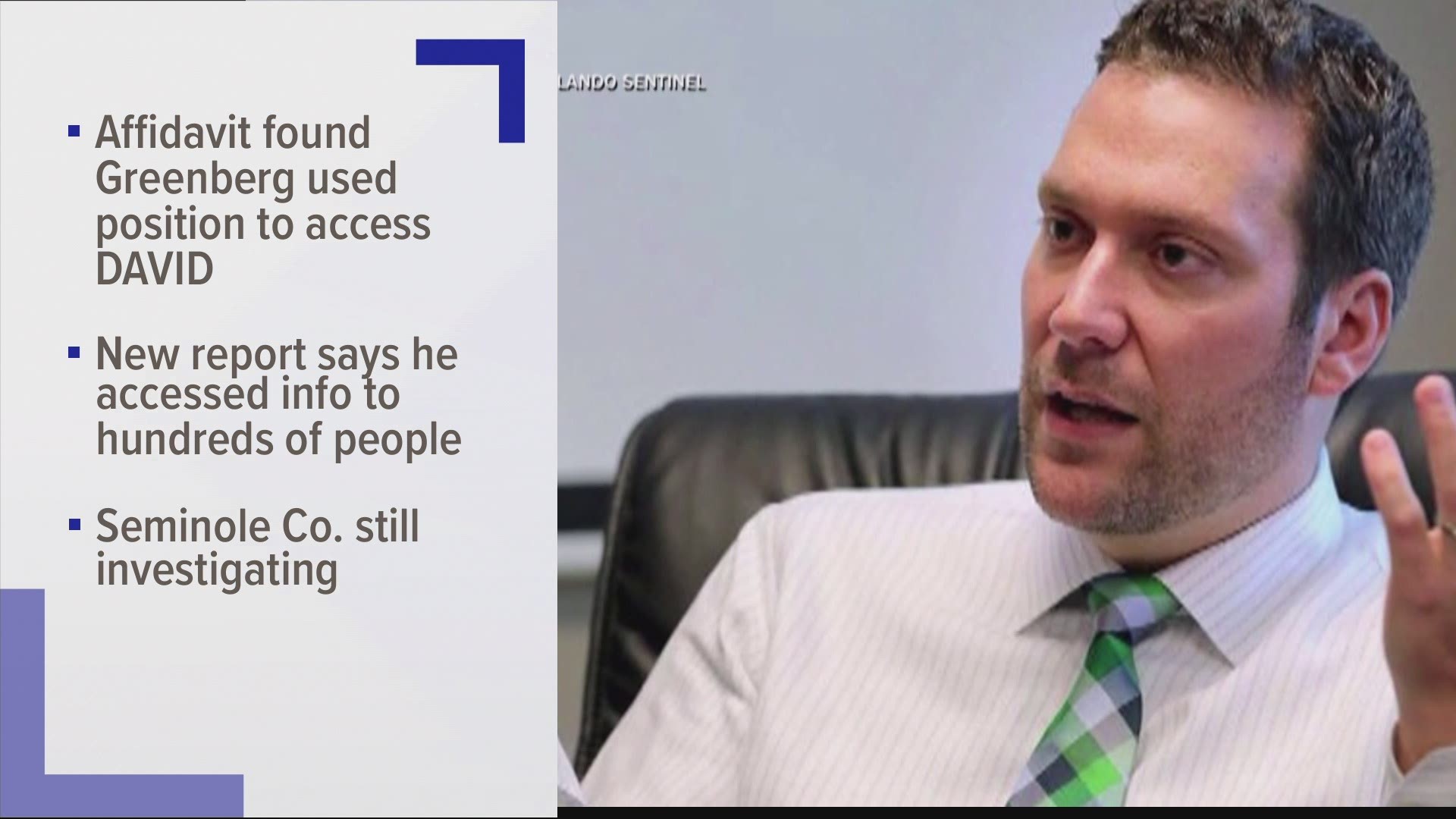 The Orlando Sentinel first reported on the discovery Wednesday evening.

Greenberg pleaded guilty in May to six criminal charges, including sex trafficking with a child, wire fraud, aggravated identity theft and stalking. He is an ex-associate of U.S. Rep. Matt Gaetz, who investigators are looking at as to whether he paid underage girls or offered them gifs in exchange for sex, The Associated Press reports.

An investigation is ongoing into who and what Greenberg searched, Byrd said in an emailed statement.

"The tax collector’s office is taking every step possible to protect the innocent victims of the former office holder’s criminal activities and is exploring the next steps after making this discovery this week," Byrd said.

10 Investigates showed in our November 2020 story, "Abuse of Access," how some government workers, including law enforcement officers, were abusing their access to sensitive personal information contained in DAVID.

Florida Gov. Ron DeSantis signed a bill in response to 10 Investigates' story, which will require officers to get training on how to use state databases appropriately and will quadruple penalties for government workers who misuse electronic databases from $500 to $2,000.