The rainbow appeared moments after a local news anchor said it would be a sign the 49 were watching the tribute, according to Orlando Police. 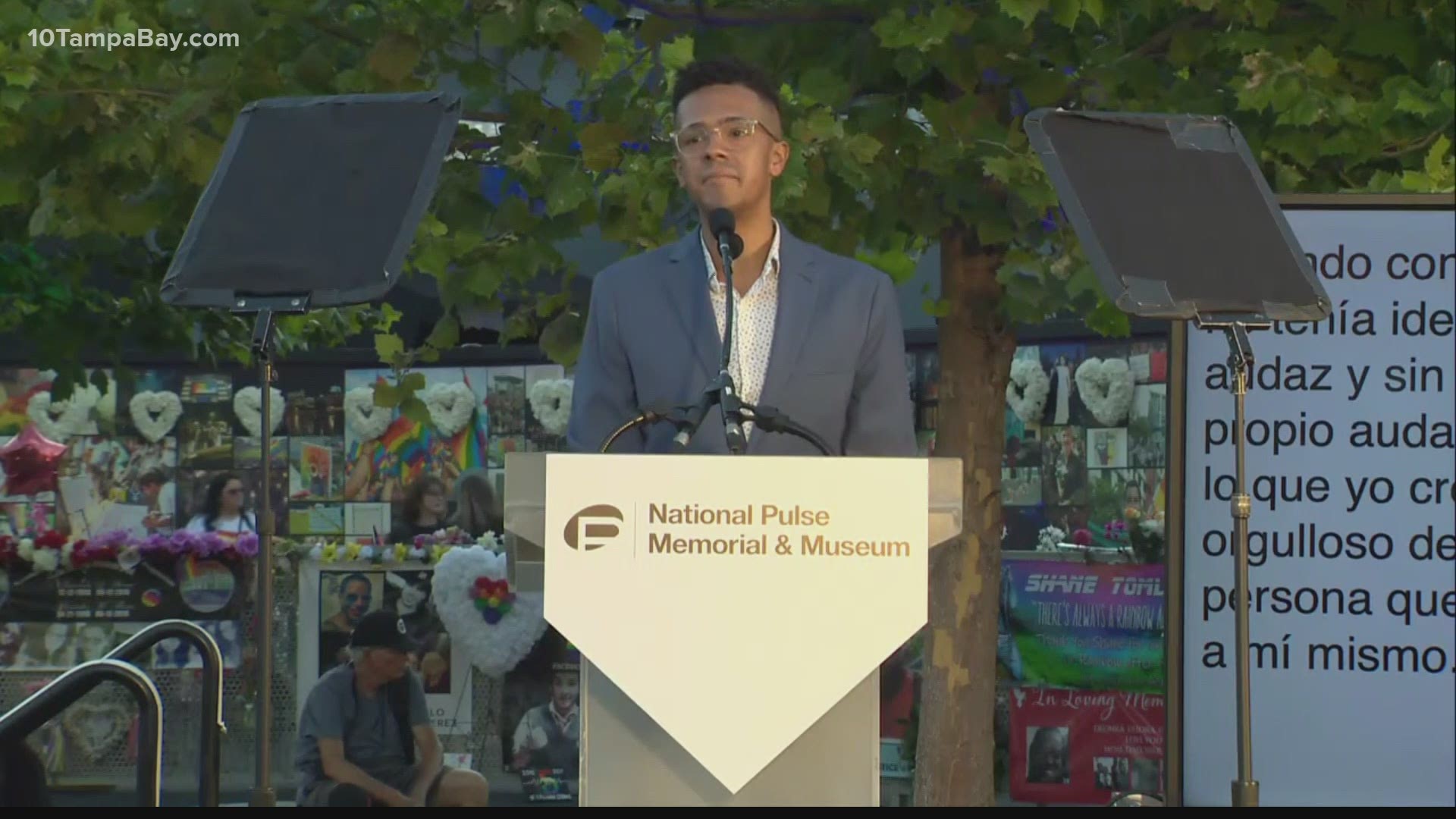 ORLANDO, Fla. — A rainbow stretched across the sky Saturday near the former Pulse nightclub during a memorial honoring the 49 people killing five years ago by a gunman.

Many took it as a sign the 49 were watching the tribute, Orlando Police said in a tweet.

The onePULSE Foundation hosted a vigil Saturday at the former nightclub honoring and remembering those killed.

The department took a video capturing the moments after people realized the rainbow appeared. Hugs were shared and some tears were shed as people took in the sight.

During the ceremony community leaders and survivors spoke of that night and what has happened since.

"We are here to honor the 49 angels and their families and to pay respect in tribute to the survivors, the brave first responders, and everyone impacted by pulse tragedy," said Barbara Poma, the founder of onePULSE Foundation.

Mayor of Orange County, Jerry Demings, reflected on the night, when he responded to the scene as the Orange County Sheriff, "We showed that we will not be defined by this terror attack, from the very beginning," said Demings. "It is part of the commitment that we made as a community that we will never forget those 49 angels and other survivors."

Brandon Wolf survived the shooting, but lost a best friend who helped him to understand that it was okay to be himself.

"He was everything I believed I didn't deserve. And he was so proud of it. Dru was the first person who taught me that it's okay to love myself." said Wolf.

He was with Dru at Pulse that night.

"Dru, his partner Juan, and 47 others were stolen from us in a blaze of gunfire. I'll be honest and vulnerable with you I wanted to run away. Until that moment, I thought heartbreak was just a cliche. Until my heart lay in 1000 pieces at my feet."

On the day of Dru's funeral, Brandon made a promise. He promised that he would fight for a world that Dru would be proud of. Wolf is now the Central Florida Development Officer and Media Relations Manager for Equality Florida.

It’s been five years since 49 people were shot and killed at the Pulse nightclub in Orlando. 53 other people were hurt before police were able to kill the shooter.

Pulse, a gay nightclub, was hosting a Latin night on June 12, 2016. Many of those killed or injured were Latino. It also happened in the middle of PRIDE month, a celebration of the LGBTQIA+ community.

Here are the names of the 49 people killed that night:

On Saturday, President Joe Biden said he would sign a bill to designate the former Pulse nightclub as a national memorial.