Shaq's got your back: NBA star now a Florida deputy

He might be the tallest guy on the force. 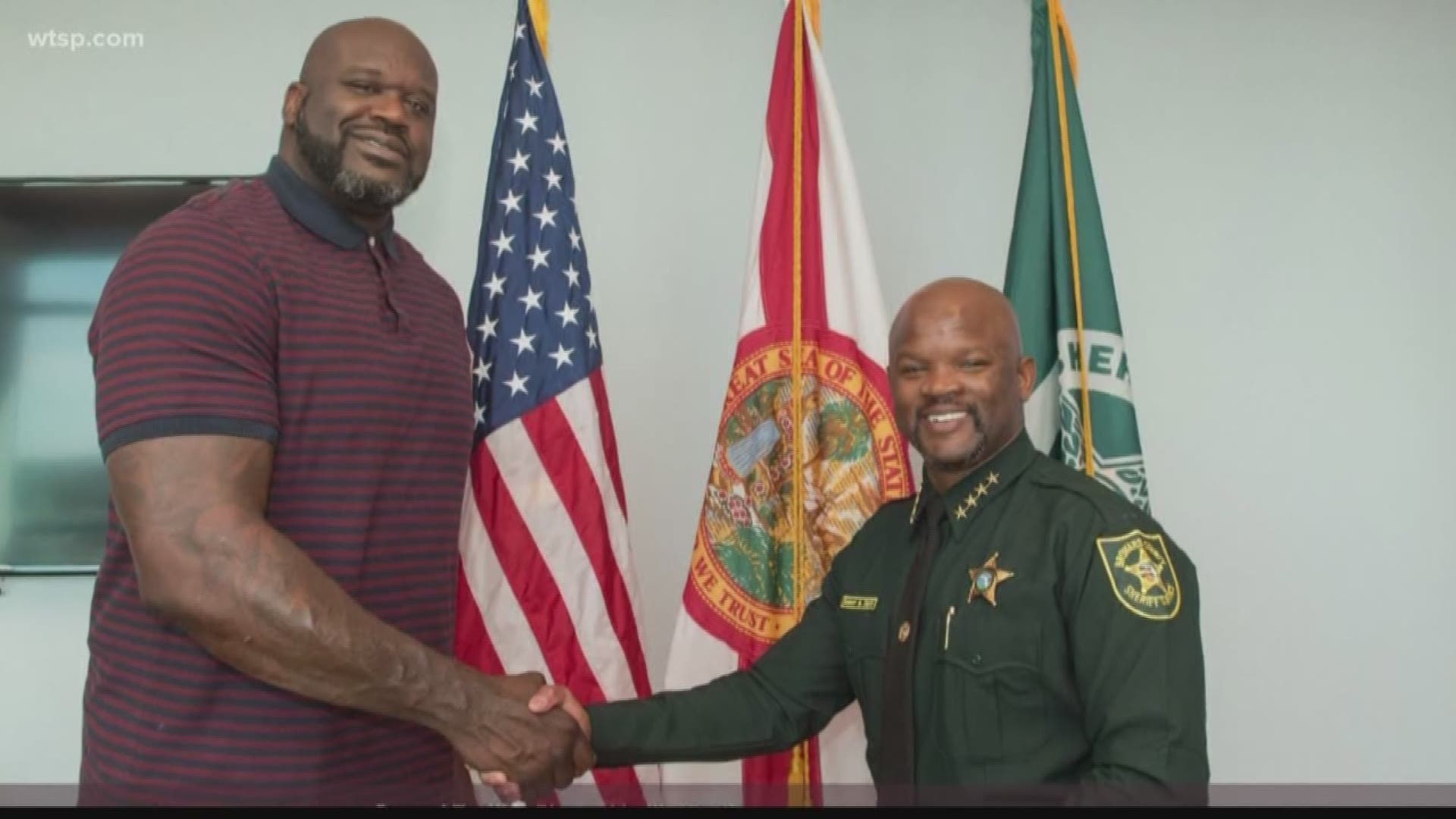 Former NBA star Shaquille O'Neal has been named an auxiliary deputy for the Florida sheriff's office.

It tweeted Friday that O'Neal, who retired from the NBA in 2011, spoke with Sheriff Gregory Tony to talk about how the agency works within its communities.

Broward County isn't the only place where O'Neal has some law enforcement credentials. He became a Clayton County, Georgia, deputy in 2016, and has served as a reserve cop in Miami Beach and Golden Beach.