‘It's never too late to right a wrong': Taskforce to address abandoned, destroyed African American cemeteries signed into law

“...This legislation at least gives us the opportunity to write this historical injustice," said state Sen. Janet Cruz. 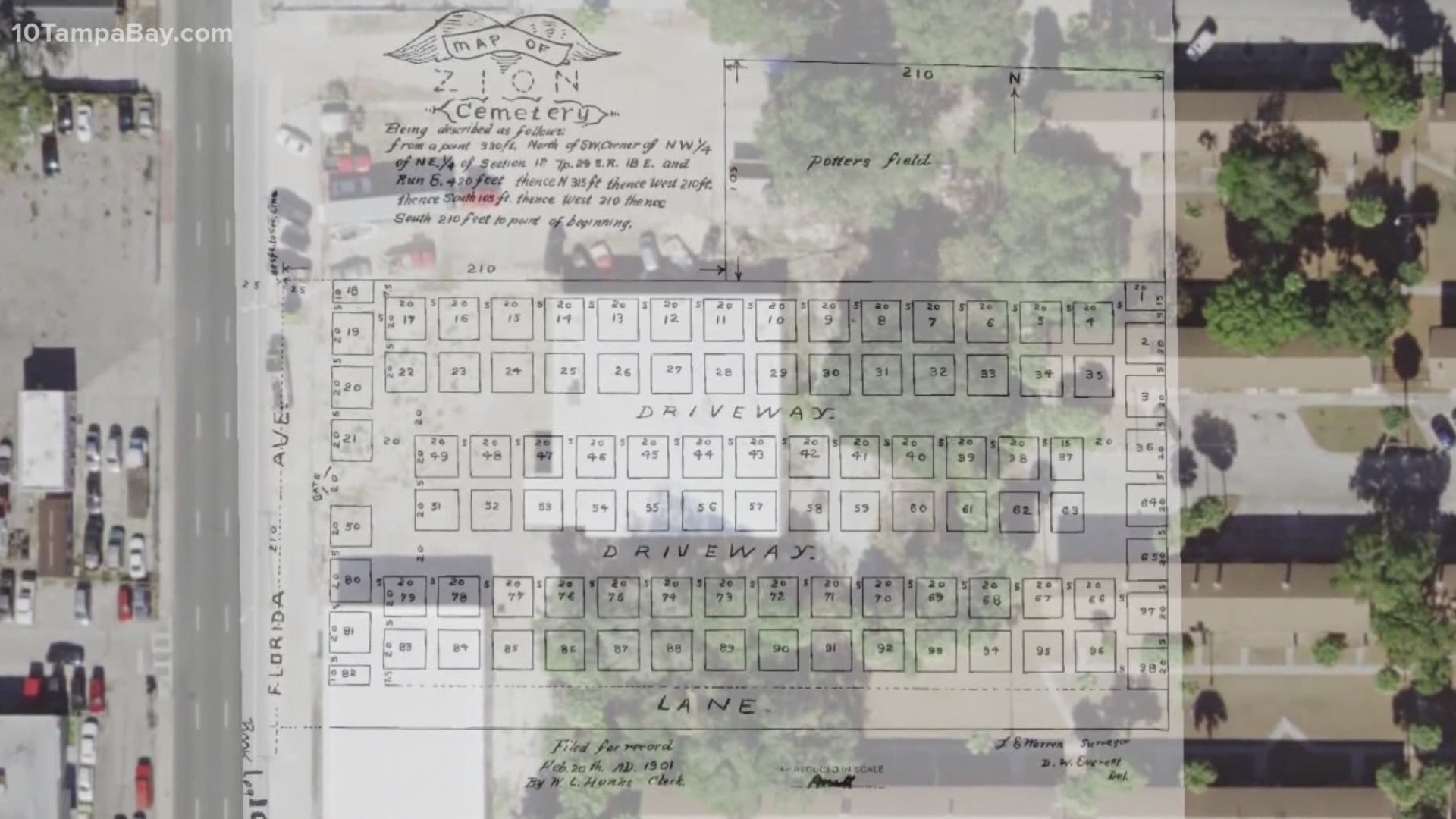 A new law signed Friday sets the stage for a comprehensive task force to ensure African American cemeteries across the state are discovered, recognized and protected from the fate cemeteries like Zion suffered when it was destroyed in the early 20th century for redevelopment and erased underneath public housing, a towing lot and two neighboring businesses.

“Slavery and segregation are black spots on Florida's history, and it can't be erased. And this legislation at least gives us the opportunity to right this historical injustice,” said state Sen. Janet Cruz.

Cruz, a Democrat who represents Florida’s 18th District, championed the legislation that establishes the Task Force on Abandoned African-American Cemeteries.

“We all watched in such horror as mass graves were uncovered at Zion cemetery under the Robles park at the Tampa Housing (Authority) property and then, that wasn't enough--Ridgewood cemetery at King High School,” said Cruz. “We estimate that there are probably 3000 of these cemeteries that exist within our state, and they were intentionally abandoned, and it's a very, very dark remnant from our ghastly time in our state's history.”

According to the bill, the secretary of state will serve as the chair of the task force. Other members will include a representative from the Bureau of Archaeological Research, Florida NAACP, Florida Council of Churches, Florida African American Heritage Preservation Network, Florida Public Archaeology Network, one representative from the cemetery industry, one member from each chamber of the Florida Legislature and one elected official from local government.

“I was happy for it, and I felt like, finally, somebody is actually really listening” said Yvette Lewis, president of the Hillsborough NAACP. “I see this taskforce as somebody is speaking…for those who are unable to speak.”

Lewis is part of a newly-formed nonprofit overseeing the restoration and preservation of Zion Cemetery. She has been vocal about the need for legislation to protect the cemetery and others like it but also reminds leaders of the stain this leaves on the African American community.

“The city of Tampa just did not treat African American people as though they were a part of the city,” she said.

Jeff Moates, an archaeologist with the Florida Public Archaeology Network helped detect many of the graves from Zion and several other erased African American cemeteries across the area. He said the discovery of these destroyed sacred spaces are the effect of a bigger problem. He said discriminatory policies based in race often pushed African American communities to the fringe of cities, and when they were pushed even further out, the cemeteries are what were left behind.

“Communities get erased, and the cemeteries are an integral part of those communities,” he said.

Moates said the bright spot in this is that Florida has clear laws about protecting graves.

The new law states the task force should have its first meeting by Aug. 1.

Emerald Morrow is a reporter with 10 Tampa Bay. Like her on Facebook and follow her on Twitter. You can also email her at emorrow@10TampaBay.com. To read more about the search for lost African American burial grounds in the Tampa Bay area, head to 10tampabay.com/erased.