Search for Brian Laundrie: 10 things you need to know

Laundrie is the only person of interest in his fiancée Gabby Petito's case. 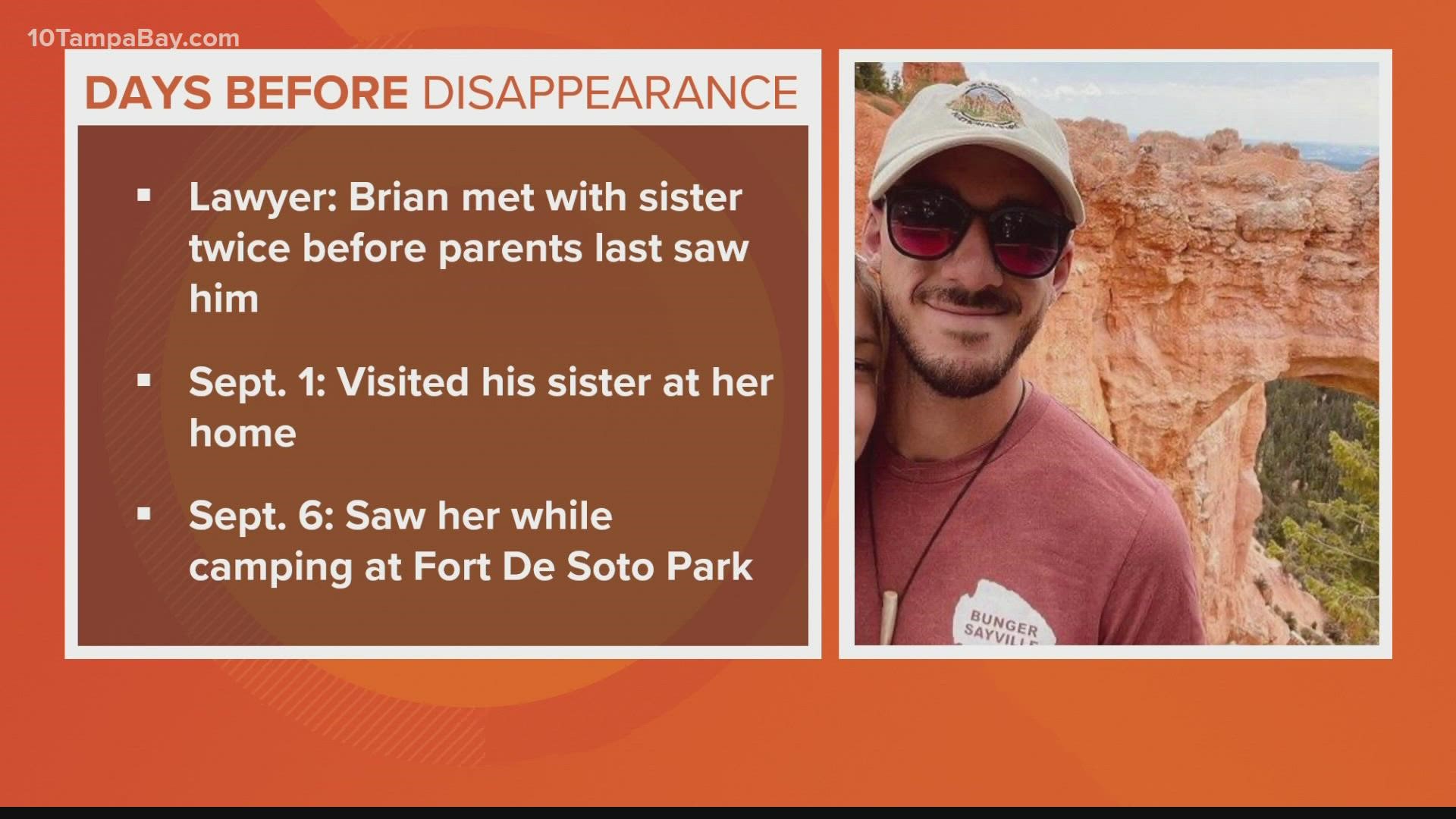 Laundrie is the only person of interest in the 22-year-old's case. Her death has been ruled a homicide.

If you're new to the case, or just need a refresher, here are 10 things you should know:

Brian Laundrie and Gabby Petito embarked on a cross-country road trip together, but Laundrie returned back home to North Port without Petito. After being reported missing, police across the country began searching for the 22-year-old woman.

Her body was later found in the Bridger-Teton National Forest on Sept. 19, and the FBI confirmed it was her on Sept. 21. Law enforcement says the coroner's office determined the initial manner of death is a homicide, however, a final autopsy will reveal the definite cause of death.

Many questions remain unanswered on what led to the death of Petito. Authorities are hoping they can gain some clarity by speaking with Laundrie, whose whereabouts remain unknown.