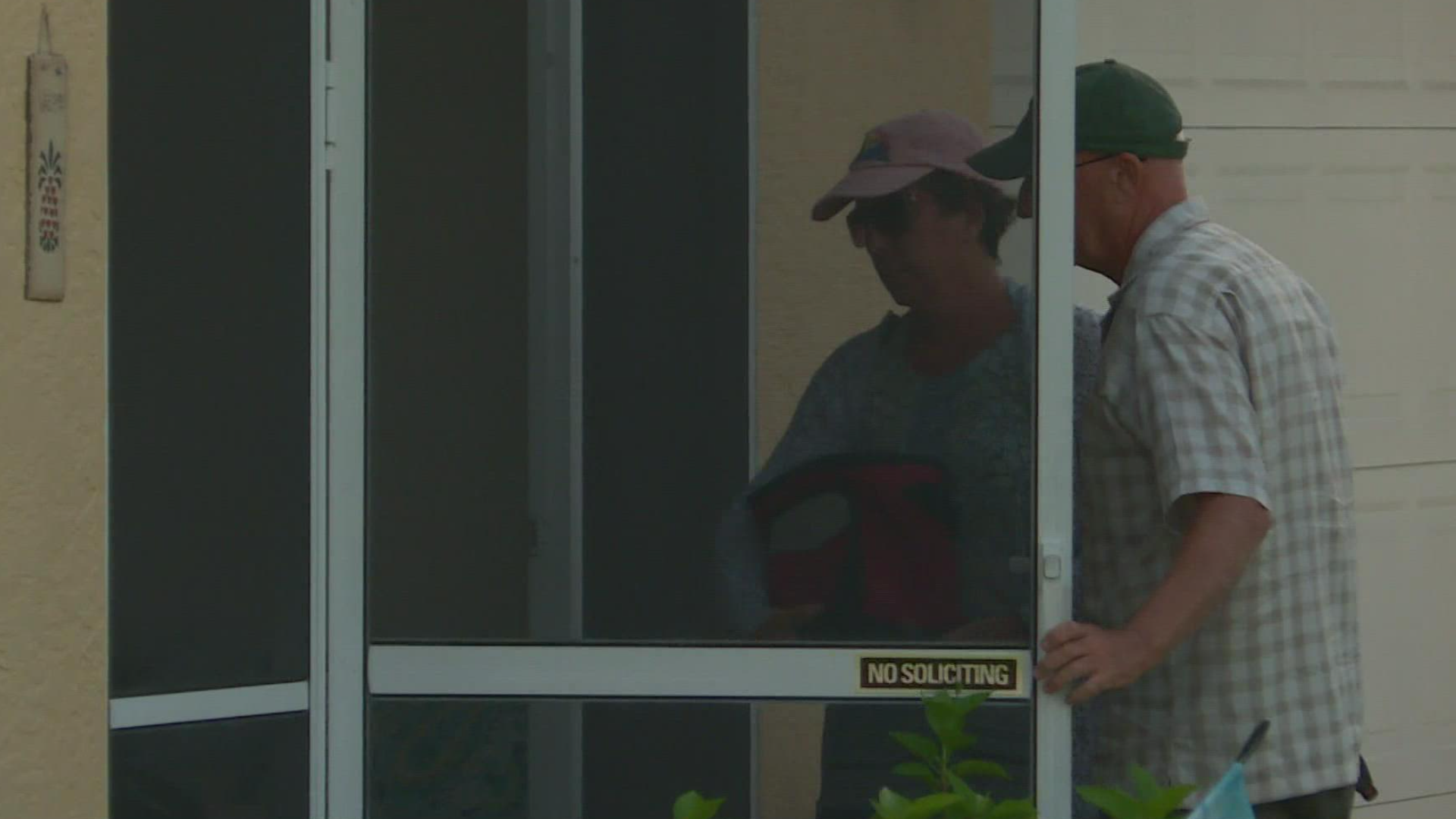 NORTH PORT, Fla — Following confirmation that the human remains found Wednesday in the Myakkahatchee Creek Environmental Park were that of Brian Laundrie, his family's attorney has released new information from the Laundrie parents.

Many people across the U.S. have questioned the Laundrie parents, Chris and Roberta Laundrie's, role in regards to the disappearance of their son, Brian Laundrie.

The 23-year-old man was reported missing Sept. 17, after his parents say he went for a hike that Monday, Sept. 13, and never returned home.

In a statement released Friday, Oct. 22, the Laundrie family attorney, Steven Bertolino, said the Laundrie parents did tell law enforcement that their son did not return home after his hike that Monday, however, "at that time he wasn't 'missing.' He had gone for a hike and not returned home."

The attorney continued, "On Friday, 17 [of] September, we filed a missing person report to formalize [law enforcement] search for Brian."

Thus, a formal search for Brian Laundrie began the following Saturday at the last location he was known to have traveled, the Carlton Reserve.

"The first time that the North Port Police Department was informed that Brian was missing was on that Friday, the 17th. I was in the room when the phone call came in, and it just takes your breath away," Josh Taylor, a spokesperson for the department said.

Shortly after that call, police say Roberta and Chris Laundrie pointed them to the Carlton Reserve.

"They certainly seemed concerned and I think that that grew in the coming weeks because they obviously hadn't heard from Brian," Taylor said.

Detectives and FBI agents searched the area for more than a month, looking in the only place they had seen a sign of Brian.

His parents helped search the reserve twice, each time with North Port Officers. On their second attempt on October 20, Brian's dad found a drybag and brought it to the officers.

"Our officers begin looking that area a little bit more, they find the backpack and other remains. There were a lot of bones and physical evidence," Taylor said. "They took a picture of the backpack and show them the picture saying, 'Does this look like Brian's backpack?' It's my understanding that they confirm that does. They want to come look at everything else that has been found and we tell them no, that they need to leave."

The FBI positively identified Brian's remains a day after on October 21. Brian's notebook is now a key piece of evidence in his death investigation.

"The Notebook was wet. There'll be a process of drying that out in the most fragile way to ensure that any information that's in there can be gathered, certainly, you know, drying it out," Taylor said. "You don't just want to open it and start going through it. So I think there's a process of doing that and that I'm hopeful that there'll be a lot of information in there."

Now that the human remains have been identified as that of Brian Laundrie, Bertolino says the remains have been sent to an anthropologist for further evaluation. But still the only person of interest in Gabby's murder is gone.

"Does it complicate it more? Probably, but I think that we will get the answers here," Taylor said. "There's been a lot of evidence gathered that's not been released and it wouldn't be appropriate to release at this time, which I think will help paint a picture there."

Laundrie's remains were found in the Myakkahatchee Creek Environmental Park, an area not far from the Carlton Reserve.

For more than a month, investigators battled rough, wet and muddy conditions. Once some of the water cleared up and the park reopened, Chris and Roberta Laundrie found their son's belongings.

The FBI has not said how Brian Laundrie died.

RELATED: What's next in the investigation after FBI confirmed Brian Laundrie found dead