Environmentalists are worried that they are witnessing the origins of an "environmental disaster." 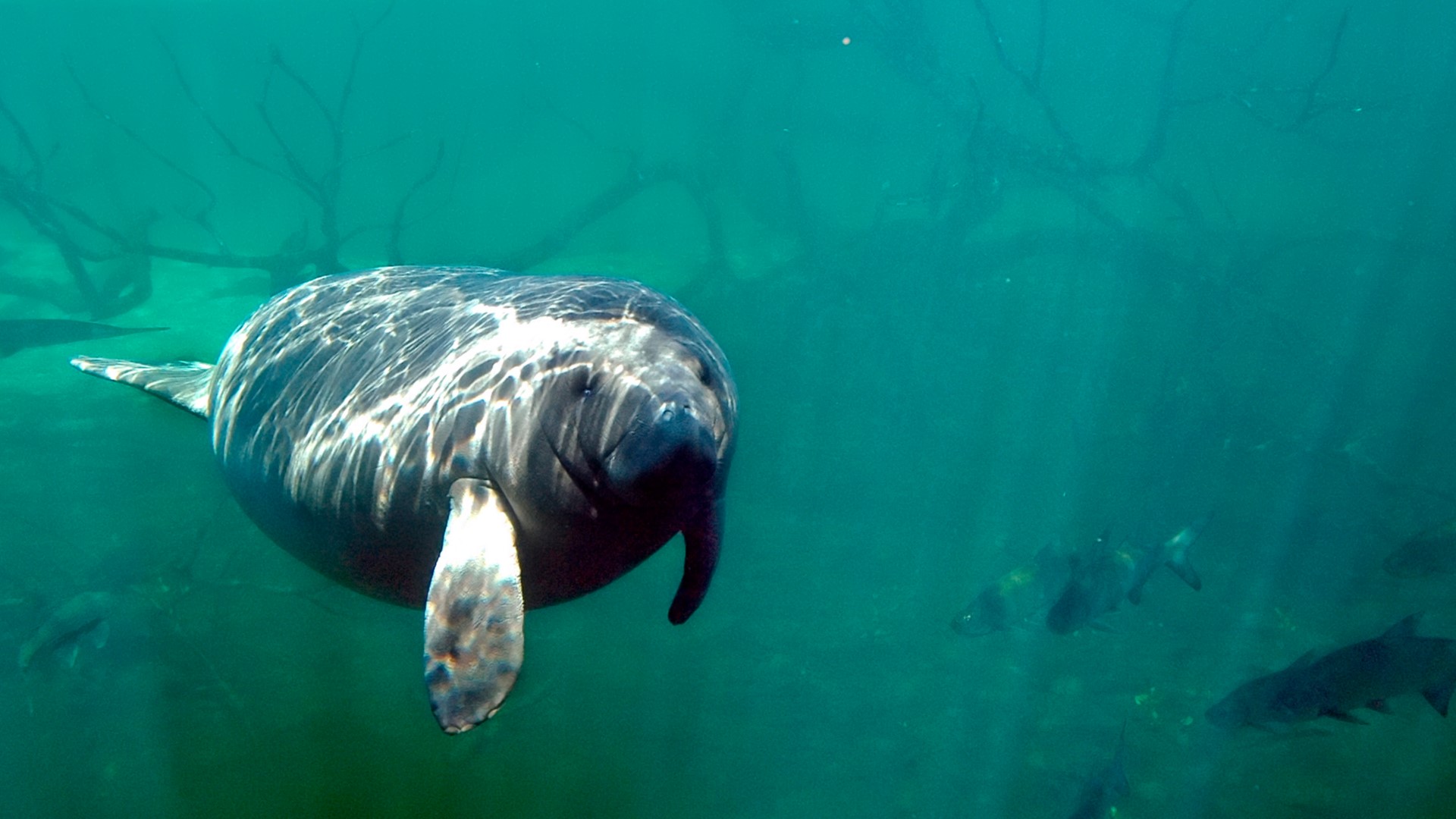 MANATEE COUNTY, Fla. — With the possibility of an "imminent" collapse of a retention pond at the former Piney Point phosphate processing plant in Manatee County looming over Tampa Bay, environmentalists are worried that they are witnessing the origins of an "environmental disaster".

According to the Clearwater Marine Aquarium, one of the most vulnerable species the collapse could impact would be the already struggling Florida manatees.

Just north of where the contaminated water is being discharged is the TECO Power Plant -- a location some manatees use as a refuge during the cold winter months. The warm waters surrounding the site help the sea cows avoid cold stress.

However, what is more threatening to the mammals is the possibility of losing their main source of food from the discharge. County officials have already said the millions of gallons of wastewater being funneled out into the bay contains large amounts of nutrients that could fuel algae blooms.

Those blooms would lead to seagrass die-off across Tampa Bay, the aquarium says.

"A discharge of this magnitude could have a major impact on the seagrass beds near Piney Point [manatees] use to feed," James Powell, Clearwater Marine Aquarium Research Institute’s Executive Director said.

"At this point, we don’t know what the outcome may be, but it could cause those grasses to die off or have toxicity levels that could potentially be harmful to manatees. The implications of this breach may likely last for decades," he added.

Florida manatees have been dying at record numbers early into 2021. As of Monday, Florida's Fish and Wildlife Conservation Commission has reported 573 manatee deaths this year. That is three times the five-year average.

FWC has said a majority of the deaths have been attributed to a "reduction in food availability," meaning a loss of seagrass.

The U.S. Fish and Wildlife Service is currently investigating the recent spike in deaths after declaring the increase an Unusual Mortality Event (UME).

Editor's note: This story has been corrected to reflect the location of the TECO Power Plant. It is north of the Piney Point site.