Yes, Florida is 1 of 5 states to not submit plans to receive billions in federal COVID money for schools

The state failed to send a plan to the U.S. Dept. of Education by the June 7 deadline on how it planned to utilize $2.3 billion in federal aid. 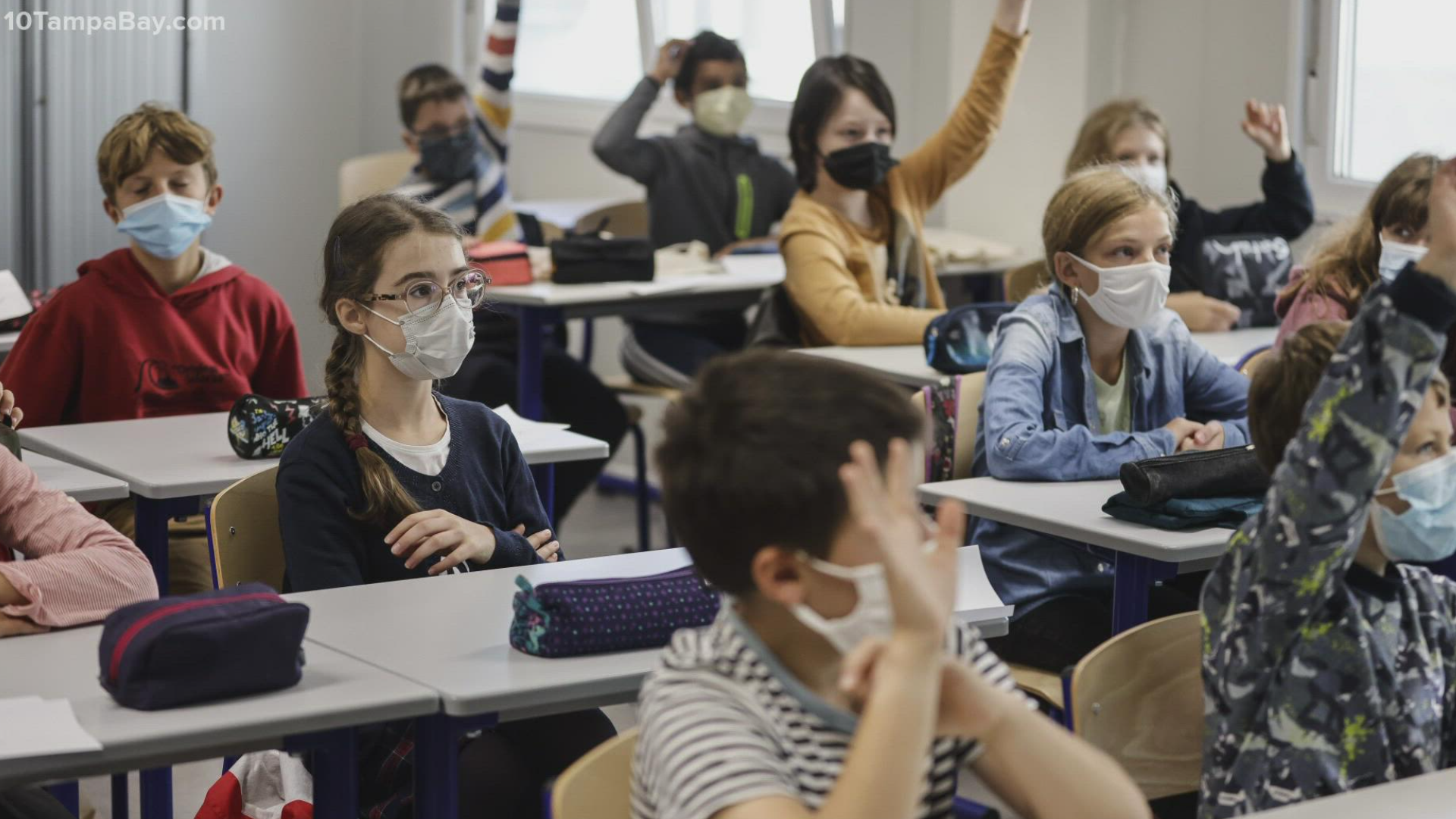 ST. PETERSBURG, Fla. — More than a year and a half into the COVID-19 pandemic, billions of federal relief dollars, under two different administrations, have been set aside for schools.

It is money meant to help fund everything from sanitation and safety measures to mental health services, as well as additional learning opportunities as districts have dealt with interrupted schedules and virtual learning hurdles.

In total, Florida has been awarded more than $13 billion in so-called education stabilization funds but has spent just a fraction.

And, there is more funding available. So, is it true that states have sent in plans to receive more federal COVID funds earmarked for schools and Florida is not one of them?

Why hasn’t Florida applied for more federal Covid funding for our schools from the Federal Department of Education?Florida is only 1 of 5 states who haven’t turned in any plans. I’m sure our schools can use the extra help.

Is Florida among a handful of states to not submit plans to receive additional federal COVID funding for schools?

Yes, Florida is 1 of 5 states to not submit plans to receive additional federal COVID relief funding for schools. The state did not send a required plan to the U.S. Department of Education by the June 7 deadline to detail how it intends to utilize $2.3 billion in federal aid allocated under the American Rescue Plan.

States received two-thirds of Elementary and Secondary School Emergency Relief, or ESSER, funding up front under the American Rescue Plan passed in March. The remaining third was to be awarded only after states received approval from the U.S. Department of Education.

In Florida’s case, $4.6 billion in ESSER funding has been awarded. But because the state failed to submit a plan for approval to the U.S. Department of Education by June 7, more than $2.3 billion in additional funding is being held up.

That’s according to the U.S. Department of Education, which lists 45 states on its website from which it has received plans. Florida, Colorado, Vermont, Virginia, and Wisconsin are not listed.

The plan is supposed to detail how the state intends to spend the money.

Jared Ochs, a spokesperson for the Florida Department of Education, confirms the state has not yet submitted its plan.

The funds provided under the American Rescue Plan, Ochs said in an email, are "intended to last over multiple fiscal years." The state is waiting on responses from districts before submitting a plan, he said.

"Once we receive responses from the districts, we will have a better idea of their needs when formulating our ARP ESSER state plan," Ochs said.

The U.S. Department of Education did not respond to questions from 10 Tampa Bay, so it's unclear if plans will be accepted past the June due date.

“This money was meant for the districts," said Florida Education Association President Andrew Spar. "We’re in the middle of a pandemic and we have to be able to support student learning and keep kids and the people who work in our schools safe.”

Spar said he was told "weeks ago" the state was working to submit a plan.

“These extra dollars are desperately needed by school districts," he said.

To date, more than $15 billion in federal COVID relief funding, earmarked under several different programs, has been designated for Florida schools, according to federal data.

But just a fraction has been spent.

About $770 million in ESSER funding (ESSER 1) comes from the CARES Act approved at the start of the pandemic; $3.13 billion was included in the second round of COVID relief (ESSER II) approved at the end of 2020; and approximately $7 billion (ESSER III) was designated in the American Rescue Plan.

Overall, approximately $2 billion has been spent.

"Florida school district leaders should be commended for spending ... so prudently throughout the 2020-2021 school year," Ochs said.

"The ARP Act funds (ESSER III) are intended to last over multiple fiscal years, so we are working with a frugal mindset to ensure districts have the funds they need to address their full educational recovery over the next few years."

The Florida Department of Education did not provide a timeline for when a plan would be submitted to receive the remaining ESSER III funding under the American Rescue Plan.