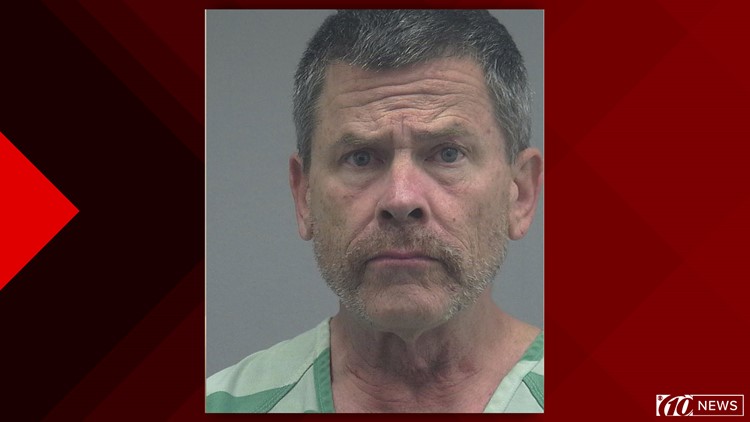 A worker at the restaurant told police the suspect held his right hand up at her "in a position that, to her, resembled a gun, with his hand in a fist, his thumb pointed up and his index and second finger pointed straight out."
Author: 10News WTSP
Published: 4:39 PM EST January 29, 2019
Updated: 4:46 PM EST January 29, 2019

GAINESVILLE, Fla. — A Florida man facing armed robbery charges didn't have a gun, but he did shape his hand like one, according to the arrest report.

Police say Steven Michael Berlin went to the Szechuan Palace Restaurant located in Gainesville. He sat in the restaurant for about 30 minutes before walking up to the counter.

A worker at the restaurant told police Berlin then held his right hand up at her "in a position that, to her, resembled a gun, with his hand in a fist, his thumb pointed up and his index and second finger pointed straight out."

The victim believed Berlin might have a real weapon and was in fear of her life. She followed his demands, opening the cash drawer where he then took the money inside, the police report states. The suspect then left the store.

The victim later told responding officers she was afraid to pick up the phone after the suspect left "because she thought the defendant would return and shoot her."

Police located Berlin just three blocks away from the restaurant. When an officer approached him, Berlin "spontaneously confessed to the Robbery almost immediately upon contact." Officers say they also recovered $577 in his possession.

Berlin, 56, now faces a felony charge of robbery with a deadly weapon because he "intentionally caused the victim to fear serious bodily injury or even death."