After Jesuit coach cuts his own son, the Menendez family is ready to win a championship together in 2021 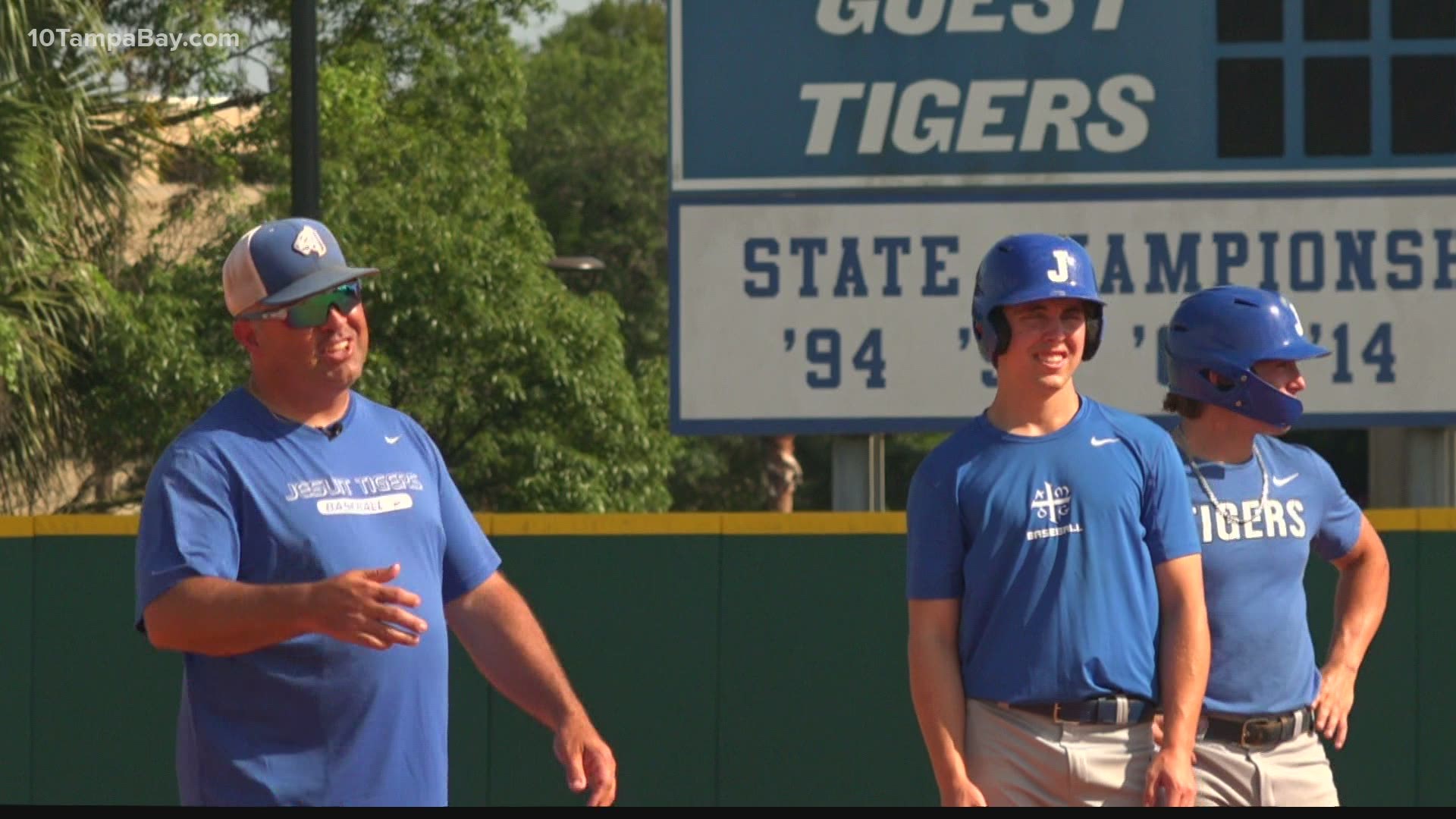 “Being a part of this program helps you so much as a person and as a player," UCF commit Dominic Castellano said. "It helps you mature.”

The bar is set high.

“It’s special when you have a chance to do something as historic as we do as winning back-to-back state championships,” he said.

Living with dad has its advantages, but it does not have as many perks as you would think.

“It was really humbling because, of course with your dad being the coach you never expect to get cut," Miguel Jr. said.

His father added, “Probably the hardest thing I had to do in my life, honestly.”

That’s a tough conversation with the wife, too.

“She handled it really well. I didn’t have to sleep on the couch so that was a good thing," he said with a laugh.

Some movement in the High School Top 50 after a few top-ten matchups last week, plus two newcomers in Jesuit College Prep and Buchanan: https://t.co/0yQyWfOynR pic.twitter.com/LFIcSEIt5u

“I was pissed for a little bit. I’m still kind of pissed to this day, but of course, there’s still love there. I love my dad and I understand why he did it,” he said.

It made making the team his senior year that much more special.

“In that conversation, it was emotional," Miguel Jr. said. "It meant a lot to me because it had showed how much I worked.”

His manager said, “It’s all him. He’s worked extremely hard. I’m proud of him. I can’t say enough how proud I am with the way he handled it and kept fighting to make this team and now he’s a big part of the team.”

Miguel has won a title at Jesuit before.

“Selfishly as a dad it would be a great experience,” he said.

His son has not. Miguel Jr. wants this ring as a reminder.

“Just to have something to prove. To show my kids how hard I worked and what I had to do to get there. It would mean a lot,” he said.

There are two lessons for Miguel Jr.'s future kids: