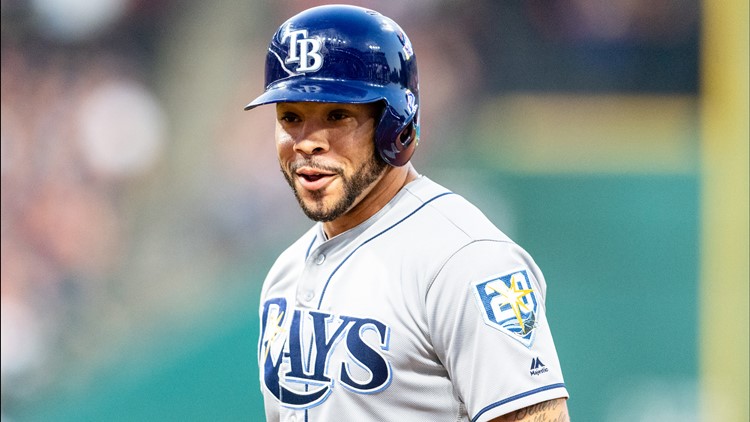 Tommy Pham: The Rays have 'really no fan base at all'

Tampa Bay Rays outfielder Tommy Pham had harsh words on the team’s lack of fan support in a radio interview with SiriusXM on Thursday.

Pham suggested a relocation from St. Petersburg’s Tropicana Field could ignite the franchise either in a new stadium in the Tampa Bay area or in a new city.

“Do I think something has to happen, whether it be a new ballpark, maybe a new city? I think so," Pham said in the interview, “Because if you have a team that’s going to be winning 90-plus games, competing in [the American League East] and you don’t have any fan support, that’s a huge problem.”

Earlier this month, the Rays notified the city of St. Petersburg the team is officially terminating its negotiating window with Tampa. The team's principal owner Stu Sternberg confirmed his MLB franchise would not be able to finalize any plans to build an $892 million ballpark in Ybor City before the three-year negotiating window expired.

The Rays are now effectively locked into their lease at Tropicana Field. The lease doesn't expire until 2027.

“It sucks going from playing in front of a great fan base to a team with really no fan base at all,” Pham said in the interview. “St. Louis, they’re one of the few teams to where day and day out, they have 40,000 fans at every game.”

Currently, Pham is playing winter baseball in the Dominican Republic.

“That’s something that I miss because even out here in the Dominican [Republic], you know they have a strong fan base with the team I’m playing for, their fans are very supportive. They’re loud," Pham said. "The Rays, they just don’t have that.”

The Rays had the second lowest home attendance for the 2018 MLB regular season.

An average of 14,259 fans per game attended the team’s 81 home games at Tropicana Field this season. Tropicana Field has a capacity of 31,042 fans with the upper seats tarped and closed off.