One project includes continued restoration of a Florida coral reef, which unites the previous host committee in Miami to Tampa Bay. 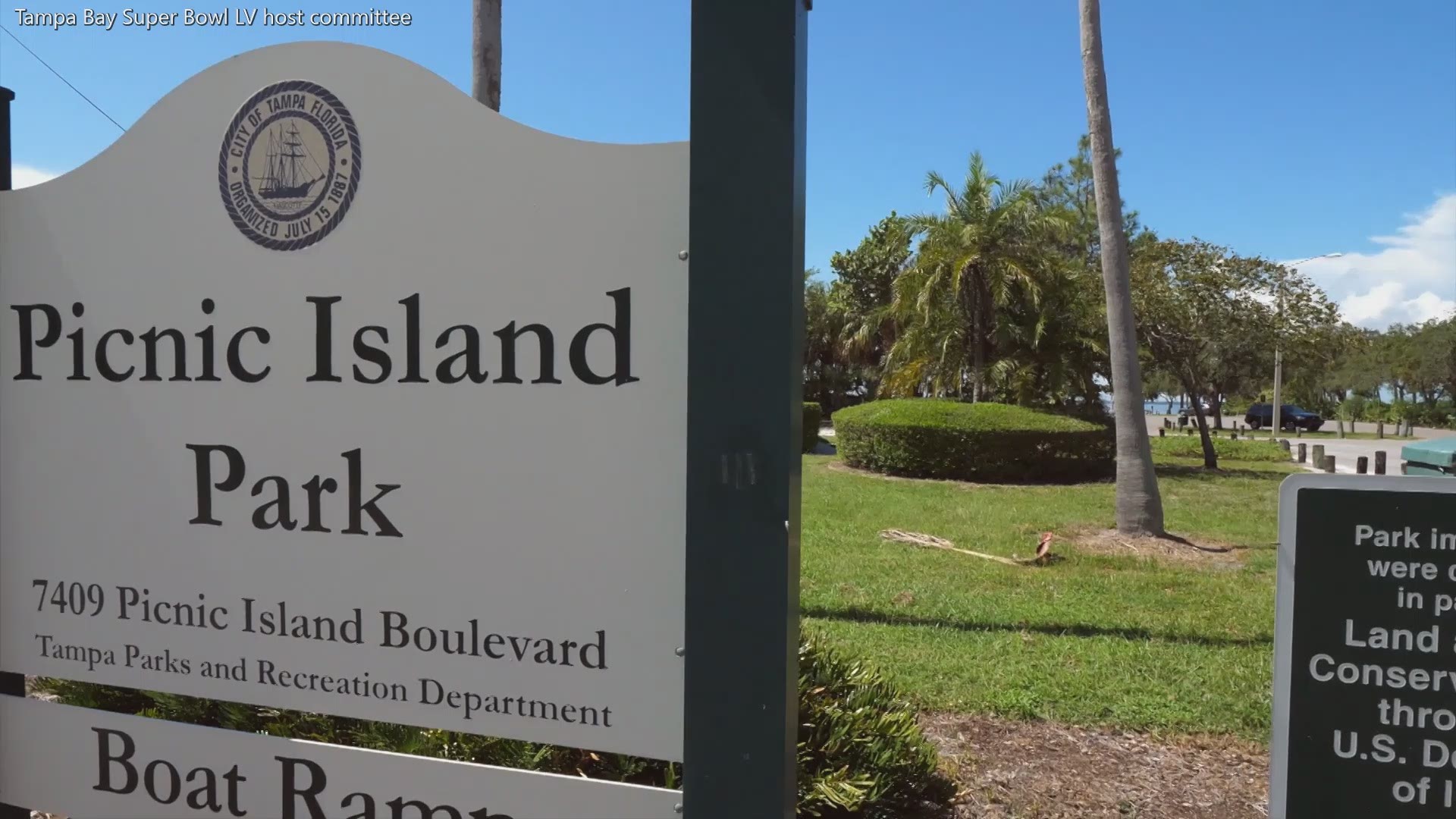 TAMPA, Fla. — It's tradition – a symbolic "golden shovel" gets passed from one Super Bowl host committee to the next.

“The NFL season is underway and so too are Super Bowl community greening projects,” said Claire Lessinger, Tampa Bay Super Bowl LV Host Committee vice president of events. “This is the first of numerous projects planned in the Tampa Bay area to create a positive legacy around the big game.”

The host committee says other planning community greening projects include a mangrove restoration project at Picnic Island, a beautification project to create a garden for pollinators at Veterans Memorial Park, a tree planting at the Boys & Girls Club in Wimauma, a vegetable garden and community compost project at the the Keep Tampa Bay Beautiful Environmental Education Center at Reed Park and native plantings and cleanups at Lowry Park and at McKay Bay Nature Park.

One project that unites the Miami and Tampa Bay Super Bowl host committees is the continued restoration of a Florida coral reef. In Miami, 100 corals were planted to restore a reef off Miami's coast "in honor of the NFL's 100th season and military veterans."

Under the direction of Force Blue, the reef restoration project continues for Super Bowl LV, becoming "100 Yards of Hope"  – a football field-sized coral restoration project that will be created using corals grown at the Florida Aquarium in Tampa and the University of Miami's Rosenstiel School.

“We’ve had a tremendous number of partners join in the effort to ensure these impactful community projects are implemented even during these unprecedented times,” said Susan Groh, Associate Director of NFL Green. “Planting trees, creating greenspace and enhancing the natural environment is something the NFL has been doing around its tentpole events for over 15 years.”

RELATED: 'We expect to do a full Super Bowl': Gov. DeSantis voices continued support for having fans at NFL games