When asked if he believes the preparation the police department did was enough, Tampa Police Chief Brian Dugan says it was. 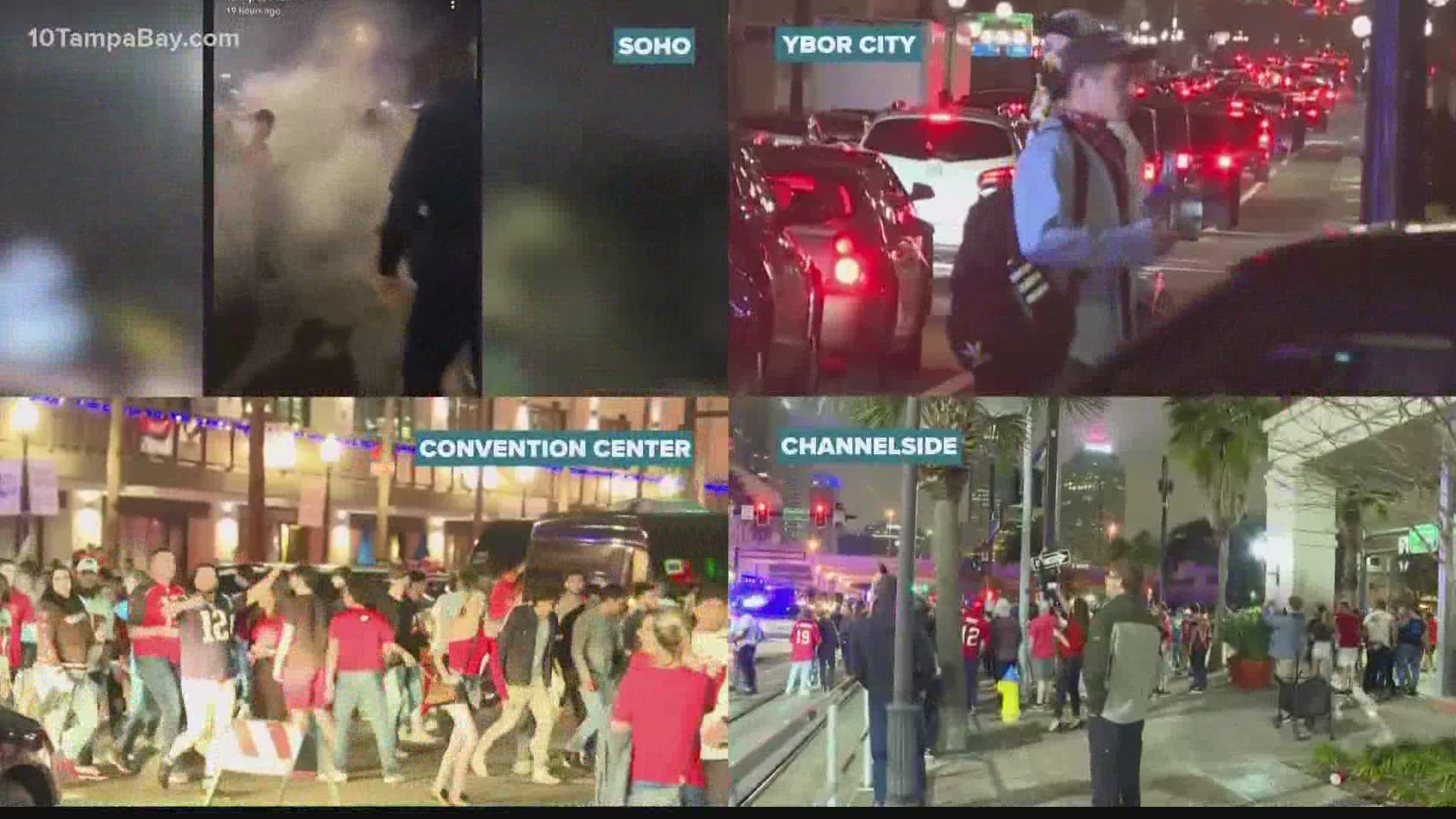 TAMPA, Fla. — The excitement over Super Bowl LV spilled into downtown Tampa after a historic win for the Bucs but the party got out of control, leaving Tampa police officers to put out fires while fans took down street signs and climbed trees.

"We had, you know, well over 1,000 officers, but it was all hands on deck for TPD. We were stretched thin last night, there's no doubt," Tampa Police Chief Brian Dugan said.

The crowds just got too big to handle. From Ybor City, to SoHo, Channelside and then the Convention Center, fans flooded the streets and didn't go home for hours.

When asked if he believes the preparation the police department did was enough, Dugan says it was.

A few minutes into the 3rd quarter, Dugan says they started getting ready for celebrations.

"We started really gathering to figure out our plans. The big concern we had going into the game is if the Bucs had won, which I expected them to, quite frankly, is where was everybody on the go," Dugan said.

That answer became clear after videos surfaced online. Fans flooded bars, restaurants and in the middle of traffic, forcing parts of the city into gridlock. In the middle of a pandemic, a good number of the fans celebrating didn't have a mask and social distancing went out the door.

"I think we did the best we could. I think it's very difficult when you're dealing with such large crowds," Dugan said. "I'm not sure what the level of expectation people want from the police, you know, one minute they want, you know, six months ago, they want to defund us now, they want us to be the mask police. We're doing the best we can."

Super Bowl LV celebrations aren't over, the next concern is a parade for the hometown champs.

"We're still working on the plan. We're not sure exactly how it's gonna happen. But again, it's going to be about messaging and reminding and making sure that everyone uses some common sense, wears their masks, limits their alcohol intake and tries not to ruin anyone else's good time," Dugan said.

Tampa police say 18 arrests were made during the celebrations for the Bucs.