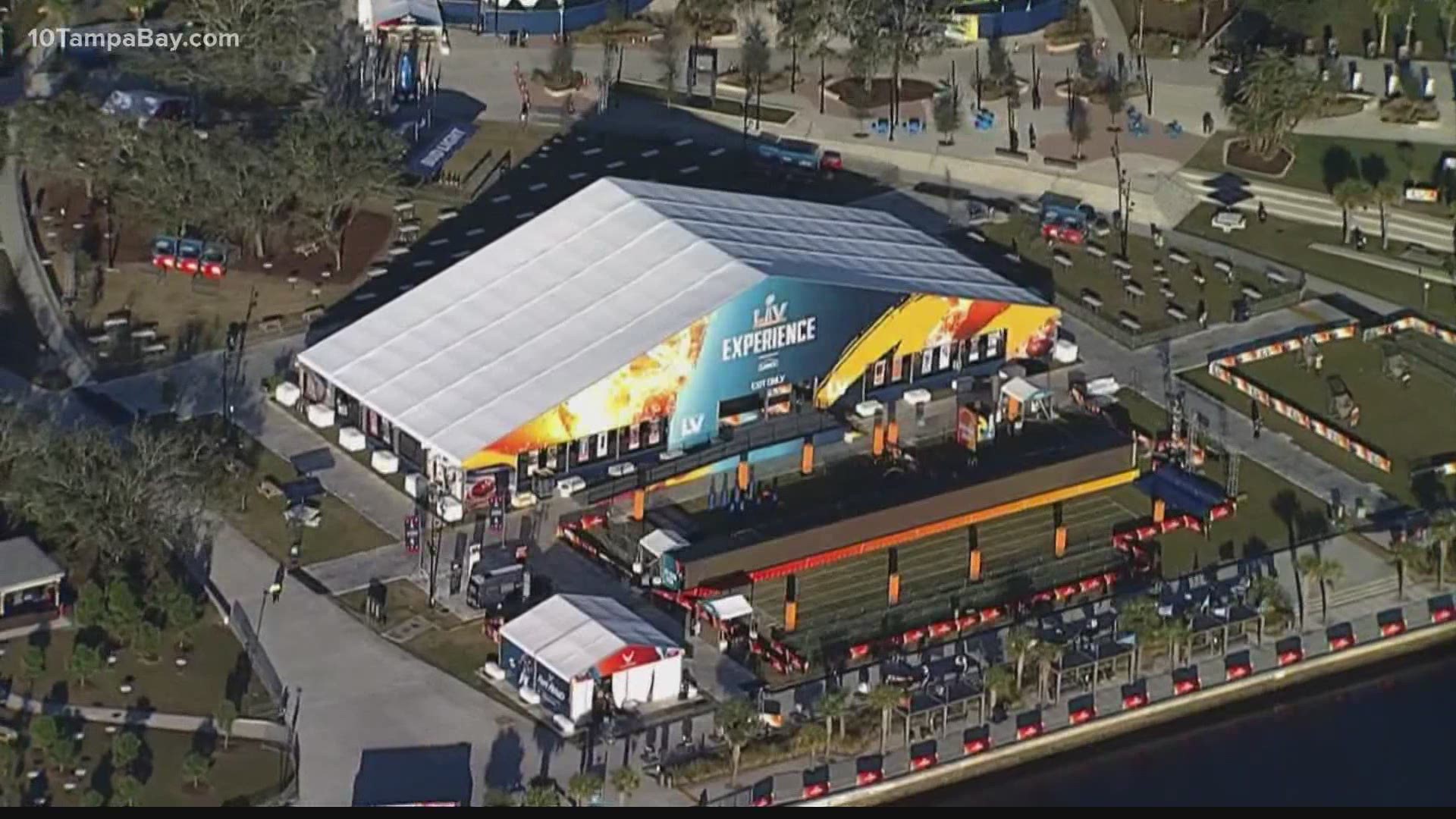 HILLSBOROUGH COUNTY, Fla. — Efforts to help keep fans safe during Super Bowl LV appear to have paid off based on the Hillsborough County Department of Health's preliminary report.

Michael Wiese, an epidemiologist with the DOH, and Rob Higgins, the president and CEO of the Tampa Bay Super Bowl LV Host Committee, met on a live-stream to discuss the results.

In short, Higgins says the "Super Bowl was not a super-spreader” event.

And the DOH data appears to back up that statement. Wiese says the department looked at cases spanning from the start of the NFL experience through the Buccaneers' championship boat parade.

“We identified very low numbers of COVID directly associated with any of these Super Bowl associated events," he said.

According to the report, 53 positive cases of coronavirus were identified from Super Bowl LV-related events, and four out-of-state visitors who participated in the big game's events tested positive.

Beyond that, the county health department found case rate and positivity in the weeks following the Super Bowl in Hillsborough County were only a little bit higher than the rest of the state.

Weise says those cases, though, were tied more to family gatherings, house parties and people visiting area bars and restaurants.

The results are something Higgins says show the committee and NFL's efforts paid off.

“There are thousands of varying decisions that go into planning and hosting a Super Bowl, especially during a pandemic. And literally, every step of the journey health and safety was the driving factor of every decision," he said.

The Tampa Bay Super Bowl LV Host Committee says it believes the big game featured the highest percentage of stadium capacity for any sporting venue in the country since the pandemic began. The Super Bowl Experience is also believed to be the first fan festival in the country under the same parameters.

During the Super Bowl's stint in Tampa, Higgins reports 243,818 fans visited the experience, 24,835 fans attended the game and 12,000 credentialed staff and media members were working at Raymond James Stadium on game day.

With those numbers in mind, Higgins says the county health department's findings break down to 1 in every 4,700 attendees, that they know of, tested positive for the virus. That window narrows when looking at the 1 in 99 Hillsborough County residents, during the same timeframe, who tested positive.

“Plain and simple, our collective job was to work together to mitigate risk and the results shared to today show that’s what happened," he said.