It's clear a little rain never bothered him, anyway. 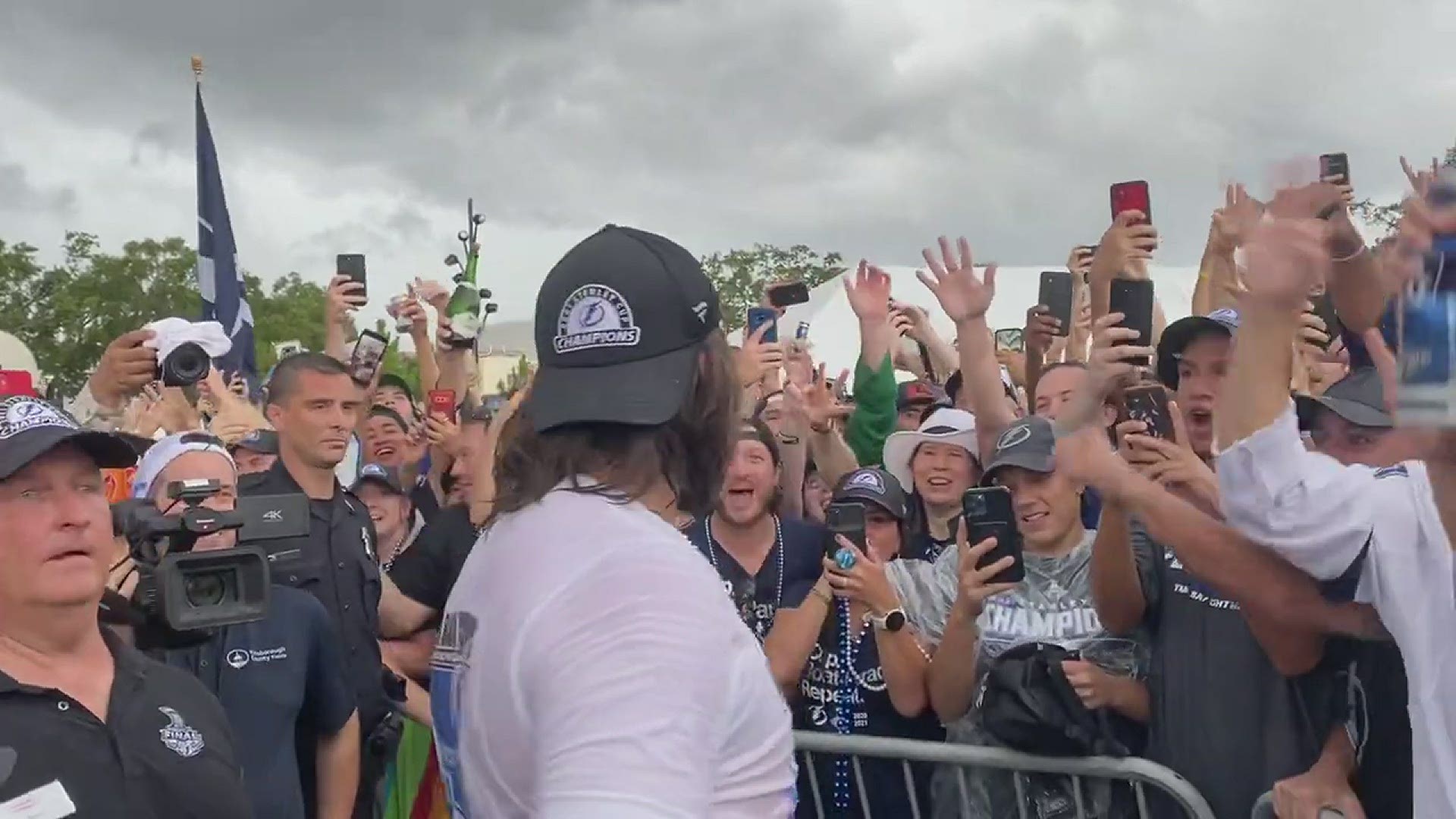 TAMPA, Fla. — Nobody is more used to Stanley Cup celebrations than Pat Maroon, who just won his third in a row and therefore has been fittingly called Pat-trick Maroon.

However, no Stanley Cup celebration he's used to went quite like his most recent.

After sunny skies paved the way for an epic boat parade along the Hillsborough River in Tampa, the sky grew darker as a post-parade celebration was set to get underway at Julian B. Lane Riverfront Park.

Then, as it so often does in Florida, a storm sent fans running for cover, and ultimately the celebration was canceled.

However, that doesn't mean fans didn't get to celebrate.

The team still came out with the Stanley Cup, and a few players took it upon themselves to give the fans some love...Maroon being one of them.

He held the hands of two police officers traveling with him up in the air and began a "USA" chant before sharing some adult beverages with the crowd.

The fans couldn't get enough. All the while, the rain never stopped. The only relief came in the form of a drizzle between storms.

For more on what could have been at Julian B. Lane Park, click here.