Yzerman had been the general manager for the Lightning since 2010 before stepping down from the role in September 2018.

Credit: AP
FILE - In this Feb. 26, 2018, file photo, Tampa Bay Lightning general manager Steve Yzerman gestures during a news conference before an NHL hockey game against the Toronto Maple Leafs, in Tampa, Fla. A person with knowledge of the move says Steve Yzerman is stepping down as general manager of the Tampa Bay Lightning and will be replaced immediately by assistant Julien BriseBois. The person spoke to The Associated Press on condition of anonymity Tuesday, Sept. 11, 2018, because the team had not announced Yzerman's decision. (AP Photo/Chris O'Meara, File)
Author: Chelsea Tatham
Published: 8:20 AM EDT April 19, 2019

TAMPA, Fla. — The Tampa Bay Lightning's former general manager is leaving the team and heading back to work for the Detroit Red Wings.

ESPN and the Detroit Free Press both reported the Red Wings will have a news conference Friday afternoon where they're expected to announce Steve Yzerman as the Wings' general manager.

The announcement comes just days after the Lightning were eliminated in the first round of the NHL playoffs.

Previous: Steve Yzerman steps down as general manager of the Tampa Bay Lightning

After stepping down as the Lightning general manager in September 2018, Yzerman remained with the franchise as a senior advisor. Assistant General Manager Julien BriseBois, 41, took Yzerman's place.

Yzerman was named the vice president and general manager of the Lightning in May 2010. He led the team to the conference finals during his first 2010-11 season.

Yzerman was also named General Manager of the Year during the annual National Hockey League awards in 2015.

Before joining the Lightning, Yzerman spent four seasons as vice president of the Red Wings. 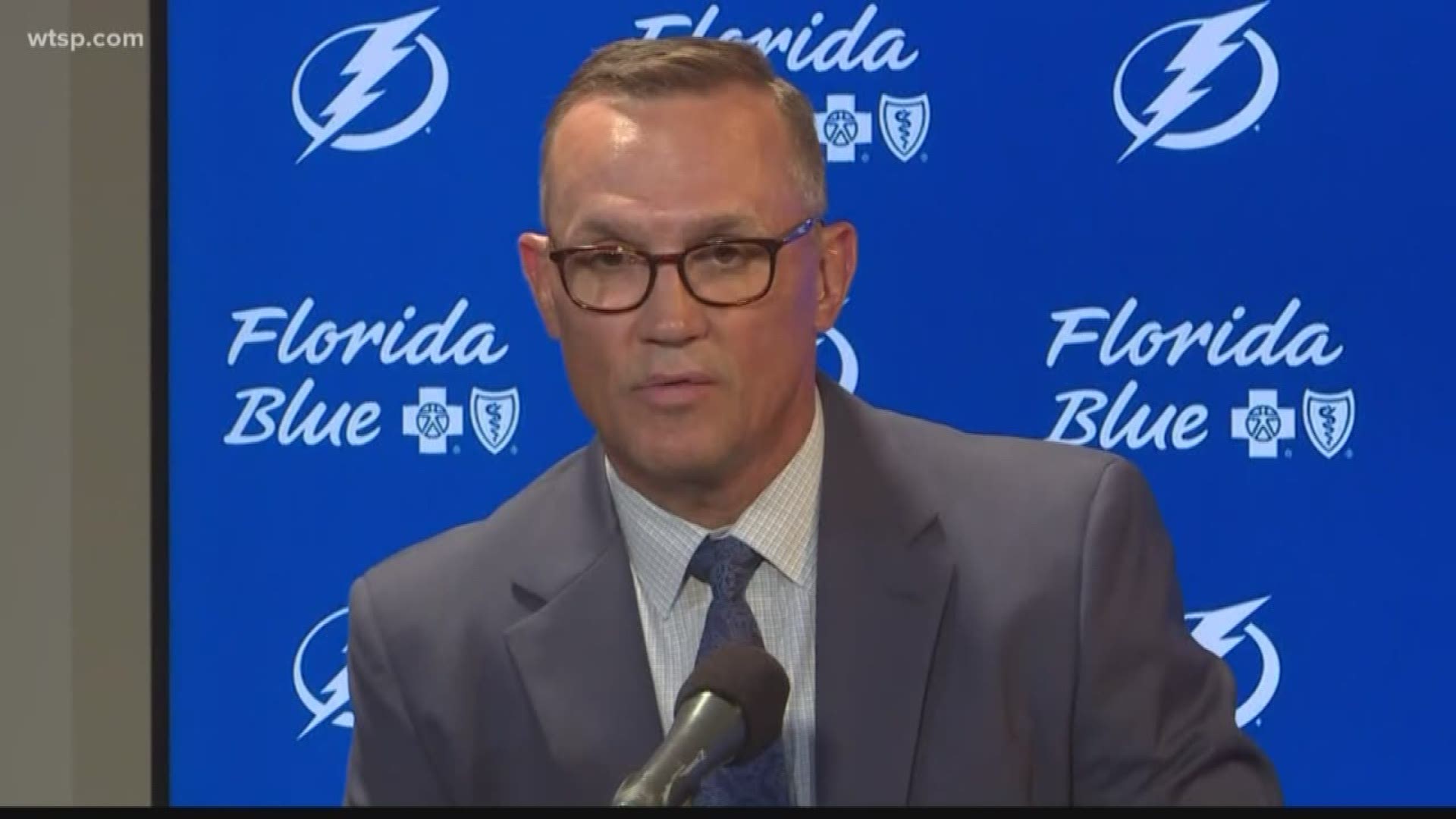