The NHL is a business, and money talks. 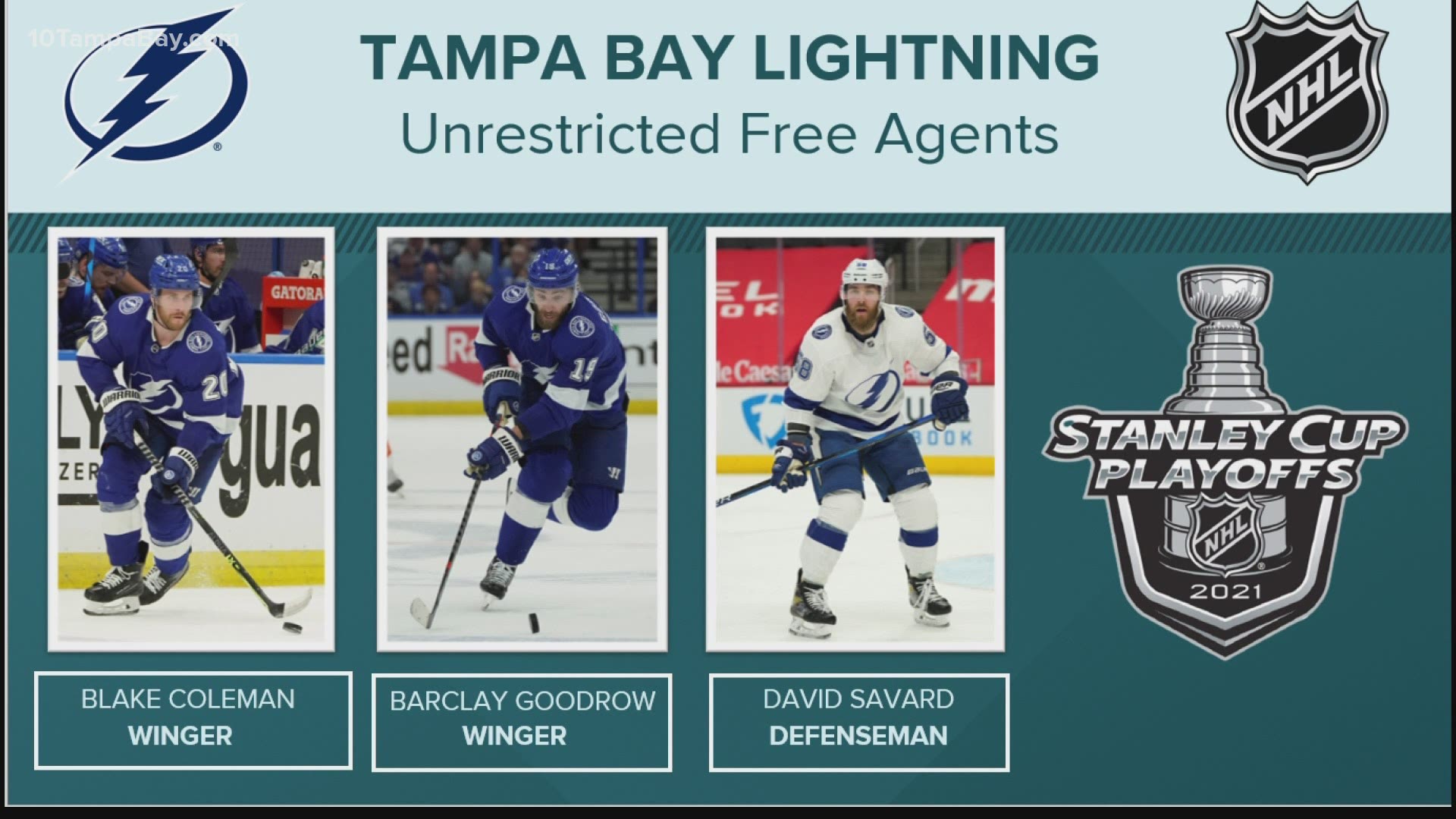 So, could it happen?

The short answer is yes, anything can happen. But, there are a couple of things to consider when making that bold prediction:

One of the pillars of this year’s championship team was its depth. Sixteen Lightning players had at least one goal throughout the playoffs, led by Brayden Point’s 14. That kind of production from up and down your roster is crucial to winning. But, the Lightning have some difficult decisions to make ahead of next season that could impact their depth, which brings us to the salary cap.

What is a salary cap?

Each professional sports league is governed differently, which means financial regulations also differ between sports. But, generally, a salary cap is a limit on how much money a franchise can spend to put a team together. This prevents big-market teams with lots of money to spend from snatching up all of the top available players and allows small-market teams to remain competitive.

For the previous two seasons, the NHL salary cap was $81.5 million.

How does the salary cap impact the Lightning?

“This team, knowing that we’re probably not going to be together, this was the end of a special group for two years,” Lightning head coach Jon Cooper said following Wednesday night’s Stanley Cup win.

No, those are not words that Lightning fans likely want to hear. But, the NHL is a business and money talks…loudly.

As things stand right now, the Lightning simply cannot keep their current roster together due to salary cap limitations. In other words, they’d be over the salary cap, which can’t happen.

When contracts run out for certain players, especially players coming from a championship team, it’s almost a given that they’ll be seeking more money.

Barclay Goodrow, Blake Coleman, David Savard, Luke Schenn and Gemel Smith will all become free agents this offseason. The Lightning do not have salary cap space to bring all of those players back without freeing up money elsewhere. Of course, there hasn’t even been a parade yet – let alone decisions made on these guys’ futures. But, if any of the players listed above are your favorite, you may be shelling out more money for a new team’s jersey next year. You’ve been warned.

It was so interesting hearing Cooper & Co. talk about how cognizant they were of the salary cap issues and the opportunity to repeat with such a fantastic group.

These are just three of the players we think are gone next year. More to come with the team over the cap. #GoBolts pic.twitter.com/W46YZADa5W

The good news is everyone else is under contract for the 2021-2022 season. But, that doesn’t necessarily mean they’ll stay in Tampa Bay, which brings us to the expansion draft.

What is the expansion draft?

On the complete opposite end of the country, a new NHL team has arrived: The Seattle Kraken.

The Kraken became an official NHL franchise last April and will be playing next season. There’s just one little problem…They don’t have any players yet. That’s where the expansion draft comes in.

On July 21, Seattle will select one player from each NHL team, except for the Las Vegas Golden Knights, who themselves are a new franchise. That means that one Tampa Bay Lightning player will be taken to fill out Seattle’s roster.

Without getting too technical, there are certain requirements a player must meet in order to be eligible for the expansion draft. Plus, all NHL teams can protect seven forwards, three defensemen and one goalie from being taken.

A team can also protect eight skaters and a goaltender, but this kind of decision is reserved for teams with a ton of successful defensemen, a circumstance many rarely take.

So, not all Lightning players will be up for grabs, but who is?

How the expansion draft impacts the Lightning

First, let’s simplify things. We know Nikita Kucherov, Steven Stamkos and Victor Hedman aren’t going anywhere because they have an NMC, or a No-Move Clause, in their contract. Andrei Vasilevskiy is also safe because each team can protect one goalie from the expansion draft.

We’ve already discussed the contracts of Goodrow, Coleman, Savard, Schenn and Smith coming to an end. The Kraken could theoretically take one of these guys, and if they do, it’ll count as their pick from the Lightning, according to NHL.com. Seattle has a window from July 18-21 to talk to pending free agents who were left unprotected.

So, who’s going to Seattle if not any of the players above?

“I would be shocked if Tyler Johnson, a Spokane native, would not join Seattle,” 10 Tampa Bay Sports Director Evan Closky said. “It makes too much sense for an expansion franchise to sign a local guy, especially a dude who has won at every single level at this sport.”

While Johnson is certainly a contender to be Seattle’s choice, it’s no guarantee. They could always work out a deal with the Lightning after the draft to bring Johnson aboard, and instead draft somebody else.

Closky believes the Lightning will protect Brayden Point, Ryan McDonagh and Mikhail Sergachev. After that, though, it’s anyone’s guess who General Manager Julien BriseBois decides to protect and who Seattle ultimately takes.

What does all of this mean for a potential three-peat?

“I don’t want it to seem like this group is going to implode next year,” Closky said. “They will have tons of star power back with a boatload of experience.”

That experience will be met with youth hungry to make an impact, which we saw flashes of as recently as Game 5 of the Final.

“Heck, Ross Colton is a dude who just scored the game-winning goal in the Stanley Cup Final and he is just 24 years old. Tony Cirelli is 23 years old. Erik Cernak is 24 years old,” Closky continued.

At the end of the day, be prepared for the Lightning to dominate headlines this offseason as no team is in a more compromising position with the salary cap than the defending Stanley Cup champs. But, they’re still going to be one of the favorites to win it all next year, although it might come with a few more bumps and bruises along the way.

“I stress patience to the fan base when the year gets started,” Closky urged.

So, sit back, enjoy this second Stanley Cup victory, and rest assured that at the very least, the Bolts will be competitive next year.

And who knows, maybe they’ll even three-peat.