How to help South St. Pete restaurant give free meals to the community

Neighbors on Nextdoor have put out a call to action: Donate to Atwater’s and help feed the hungry. 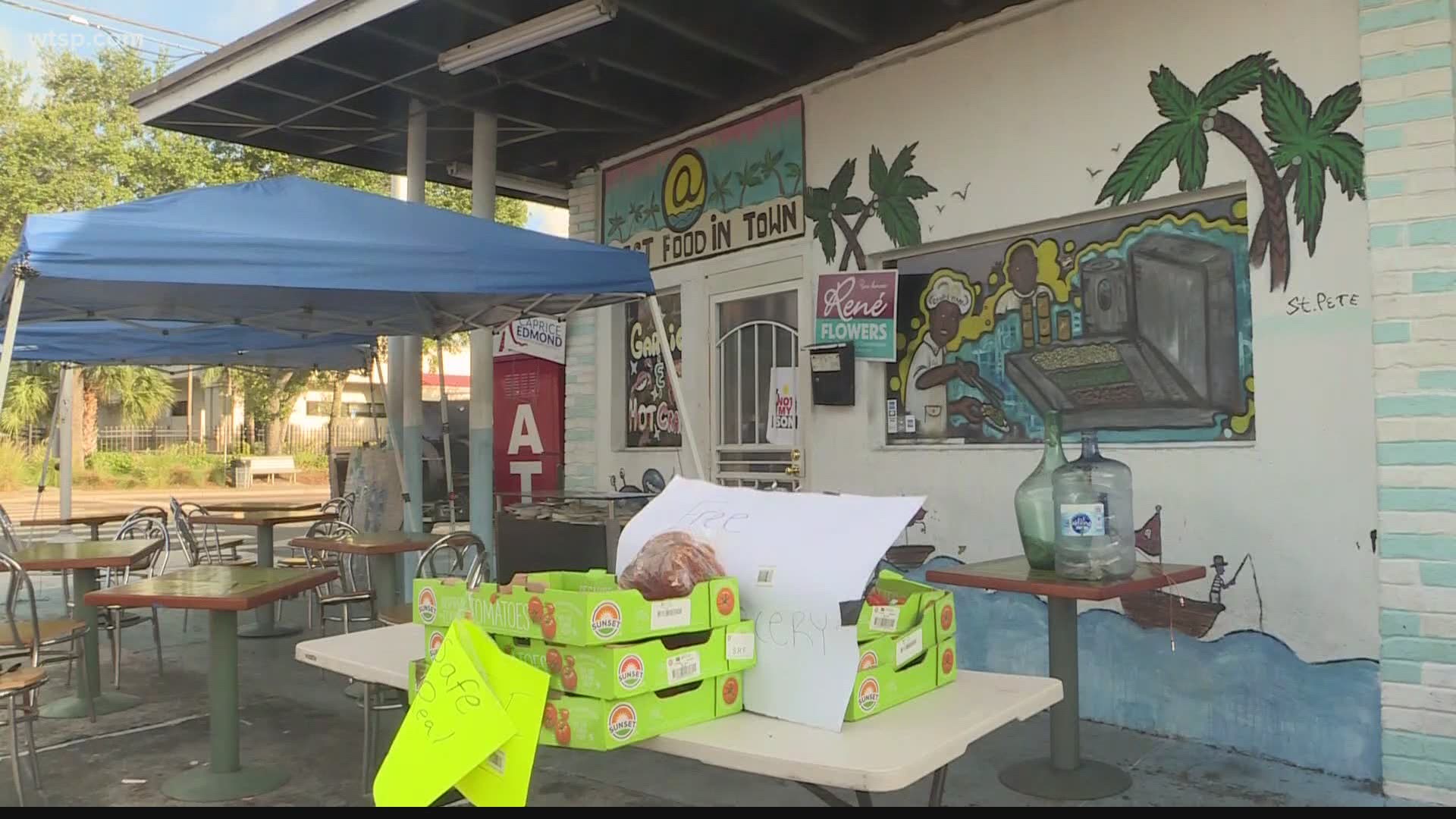 Since March, it's been providing free meals to children, seniors and anyone who is in need. The mission continues three months later and neighbors on Nextdoor are calling on others to donate food or money to help owner Eric Atwater.

“To see the people I feed, that I feed, and I help, you know to see their faces, you know what I’m saying, it’s sunshine. It’s happiness,” he said.

He’s turned his restaurant from making a profit to making sure the community is fed.

“You want breakfast?” he asked a man walking up to the shop. “They got you. They ready.”

But, he can’t do it alone. Neighbors know that.

On Nextdoor, Suzanne posted in the Greater Woodlawn neighborhood: “Please help if you can – Even a couple of dollars (or a couple of onions!) would go a long way to help some hungry folks.”

The donations are coming. There have been boxes of tomatoes and other fresh produce, premade meals, milk, money and more dropped off at Atwater’s located at 895 22nd Ave. St. Petersburg.

“I cry to hear all the nice comments and all the kind words, and it touches me. So, when somebody gives something that makes me give more,” Atwater said.

He and his family let people know to grab a bag and fill it up.

At lunchtime, Atwater told one woman, “We got lunches! Get some lunch!”

The calls to action from neighbors are heartfelt and bring tears to Atwater's eyes every time he sees donations left at the door or people he’s never met stopping by and giving what they can.