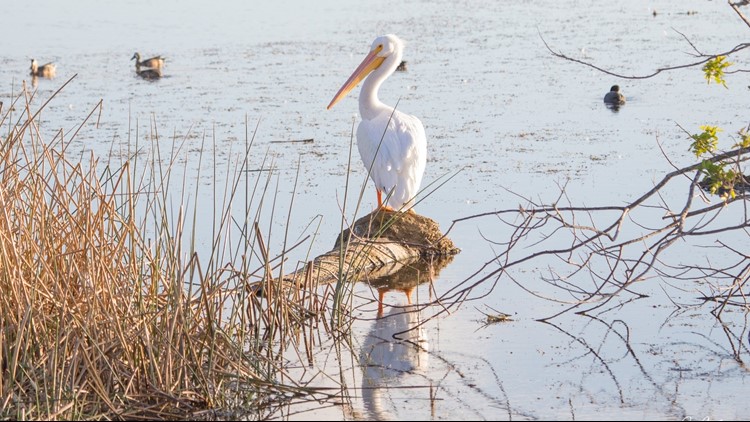 Florida lawmaker co-sponsors Save our Seas Act 2.0, citing marine debris as a threat

WASHINGTON — Every year, billions of pounds of plastics, trash and other pollutants find their way into the world's oceans, according to the National Oceanic and Atmospheric Administration.

In an effort to combat the barrage of marine debris entering our oceans, U.S. Rep. Vern Buchanan, R-Florida, co-sponsored the Save Our Seas 2.0 Act.

“Our oceans cannot be turned into a global landfill,” Buchanan said. “Protecting the environment and marine life is especially important here in Florida, which has the longest coastlines in the continental United States and is home to some of our country’s greatest treasures and natural resources.”

The proposed legislation piggy-backs on the Save Our Seas bill signed into law in 2018 by President Donald Trump, which reauthorized and amended the Marine Debris Act in an effort to promote international action to curb the pollution, as well as establishing funds that would be available to NOAA for their research, reduction and prevention efforts.

In the newly proposed version, lawmakers aim to take that legislation further.

The Ocean Conservancy writes that they “strongly” support the bill, saying that it “proposes a variety of new measures to bolster international engagement and cooperation to research and address the marine debris crisis; It commits resources to scientific research to better understand and address the root causes of plastic pollution, both here in the U.S. and around the world,” and that the bill “proposes a host of new efforts here at home to improve our waste management system, particularly our recycling infrastructure.”

Save Our Seas 2.0 also establishes a Marine Debris Response Trust Fund that will be available to NOAA so they can respond to marine debris events and help mitigate the damage.

Natural disasters, grounded vessels, container spills and "grossly negligent act or acts that cause substantial economic or environmental harm" are all listed in the bill as marine debris events.

According to the Ocean Health Index, about 60-80 percent of all marine debris is made of plastic.

Pewtrusts reports that it’s estimated that 13 million metric tons of plastic enter the ocean each year and “scientists predict that the weight of ocean plastics will exceed the combined weight of all of the fish in the seas by 2050.”

RELATED: 7-year-old wins money, plans to save the ocean with t-shirts