MOTE scientists are excited to see their efforts paying off. A coral species is reproducing at an accelerated rate off Florida's coastline.

SARASOTA, Fla. — Scientists at MOTE Marine Laboratory & Aquarium say there's a breakthrough giving hope for rebuilding and restoring reefs that have been disappearing off Florida's coastline.

They say coral they've been working to save are spawning near Cook Island in the Florida Keys. They're using a process called micro-fragmentation infusion to get them to reproduce at an accelerated rate after maturing in just five years. Normally, it takes decades for coral to reach sexual maturity. By fragmenting the corals into tiny pieces, they can be planted and reproduce sooner.

“This is absolutely a breakthrough. For the last several years, MOTE scientists have pioneered this method to increase the growth rate of slow-growing older species, corals that usually only grow one millimeter or so a year,” Senior Scientist Dr. Erinn Muller said. “This is the culmination of years of research and hard work, and to get everything to align properly, see that beautiful action in process that justifies all the theory we’ve been trying to justify over the last several years was just incredible.”

Florida’s reefs are a moneymaker for our state's economy -- attracting tourists and providing jobs. NOAA estimates the reefs in southeast Florida bring $2 billion in local income and provide more than 70,000 full and part-time jobs.

You can see more of 10 Tampa Bay Photojournalist Tim Burquest’s interview with Dr. Muller as she explains the spawning process more in-depth. 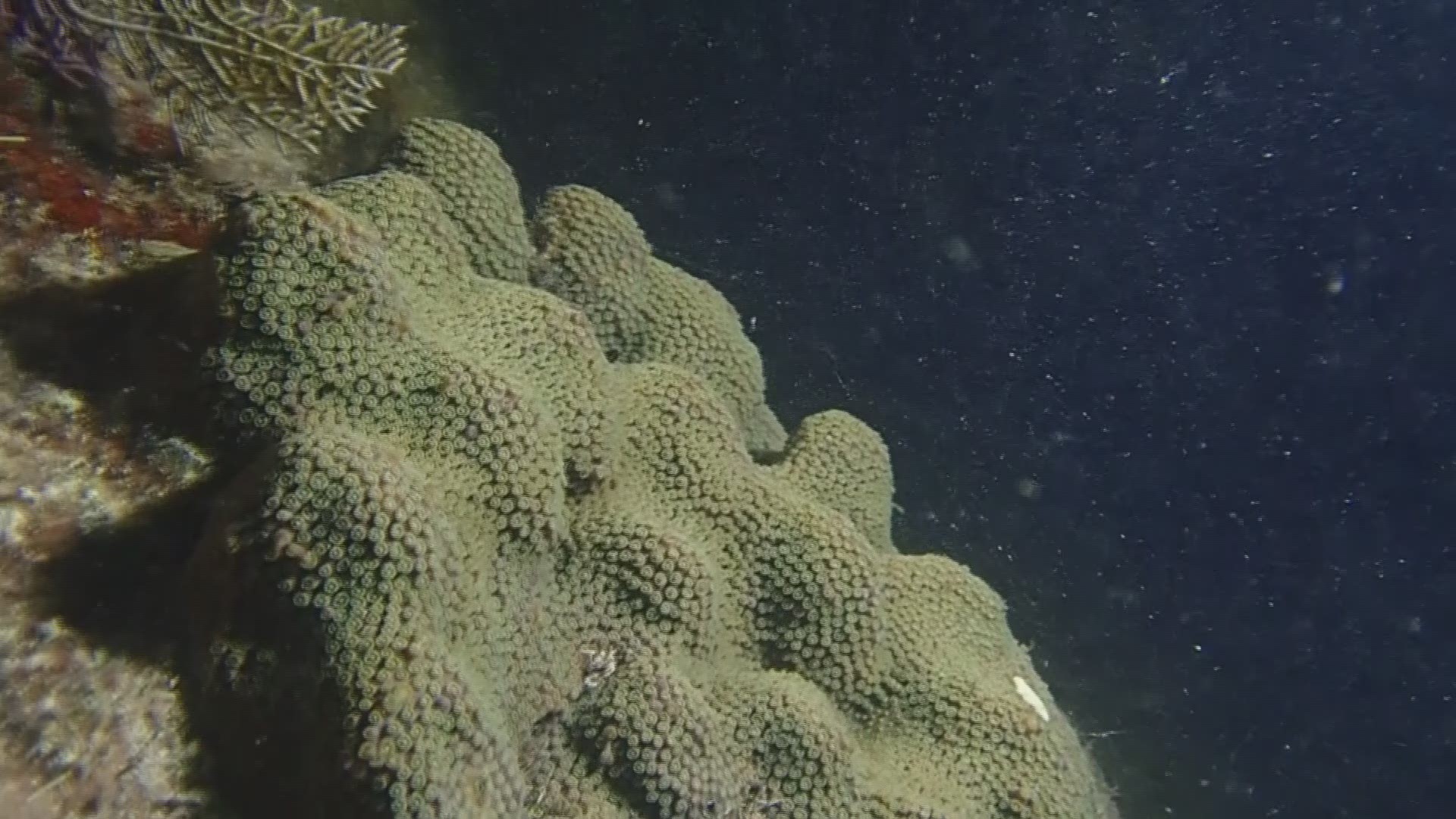