Now, NASA is preparing to head back to the Moon with the first female astronaut to put boots on the ground. 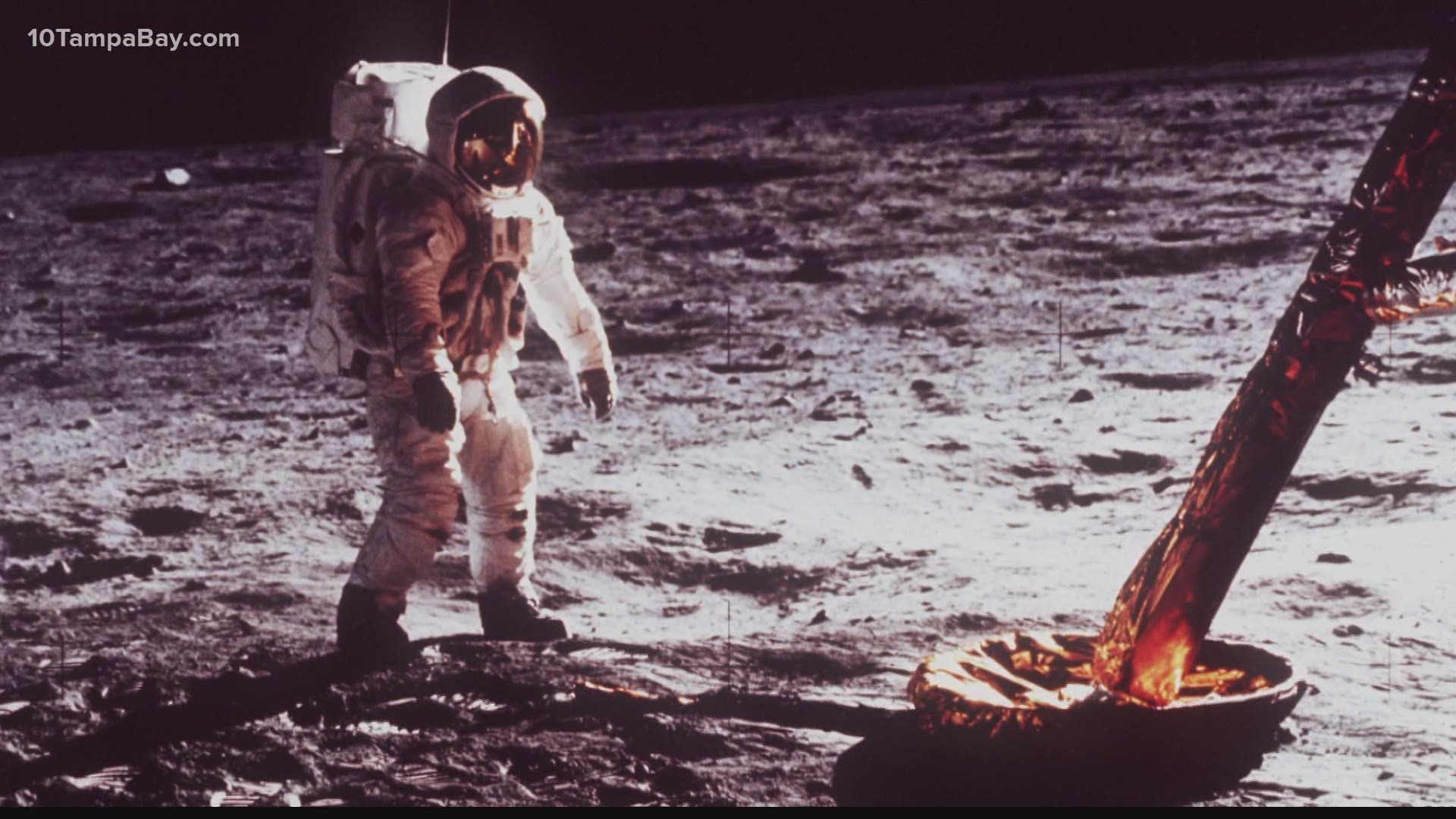 FLORIDA, USA — More than a half-century ago, Americans glued to their television screens heard what is arguably the most famous space-related phrase in history: "... one small step for a man, one giant leap for mankind."

The words uttered by astronaut Neil Armstrong on July 20, 1969, as he stepped on the Moon's surface, marked a historic moment for the United States' push to be number one when it came to the space race.

Armstrong was not alone in the feat. He was joined by Michael Collins and Edwin "Buzz" Aldrin during the eight-day Apollo 11 mission.

The crew began its journey into the unknown on July 16 when the trio lifted off from NASA's Kennedy Space Center via a Saturn V rocket. Four days later, Aldrin and Armstrong touched down on the Moon in the lunar module.

Altogether, NASA says the duo spent just more than 21 hours exploring the lunar surface, conducting experiments and even took time to talk on the phone with President Richard Nixon.

With the 52nd anniversary of #Apollo11 coming up, I look back and reflect on our last news conference before launching to the Moon – those are the faces of true wonder and pure excitement! pic.twitter.com/AJ1k2oEWgy

Outside of the famous American flag that was planted on the Moon's surface, NASA says commemorative medallions with the names of the three Apollo 1 astronauts who died in a launchpad fire and two cosmonauts who were killed in accidents were left behind.

The space agency adds that a silicon disk containing "goodwill messages" from 73 countries, among other things, also lives on the Moon's surface.

While Armstrong and Aldrin tend to be the most remembered Apollo 11 astronaut names, Collins played an integral part in the success of the mission.

Collins, often referred to as the "forgotten astronaut," watched from above as he orbited the Moon to ensure the duo could dock with the Columbia command module. It's a step that was necessary for all on the crew to be able to safely return back home to Earth.

Apollo 11 astronauts Neil Armstrong & Buzz Aldrin set foot on the Moon #OTD 52 years ago. Our Lunar Reconnaissance Orbiter has imaged the landing site over the past 12 years. Look closely & you can see the astronauts' tracks, still there after all this time! #NationalMoonDay pic.twitter.com/yDj0lHHaPu

In the years since, 10 additional men have stepped foot on the Moon but never a woman. The last American to complete such a feat was astronaut Harrison Schmitt back in 1972 during the Apollo 17 mission.

But all of that is about to change.

NASA is working toward sending the first woman and next man to the Moon in 2024 as part of the Artemis program. The crew will lift off from NASA's Kennedy Space Center on a Space Launch System rocket to explore a surface untouched by Americans in 54 years.

"SLS and Orion, along with the human landing system and the Gateway in orbit around the Moon, are NASA’s backbone for deep space exploration," the space agency wrote.

RELATED: NASA looks for companies to taxi astronauts from lunar orbit to the Moon