The company had liftoff at 8:46 a.m. for the Falcon 9 launch from pad 39A at Kennedy Space Center in Cape Canaveral. 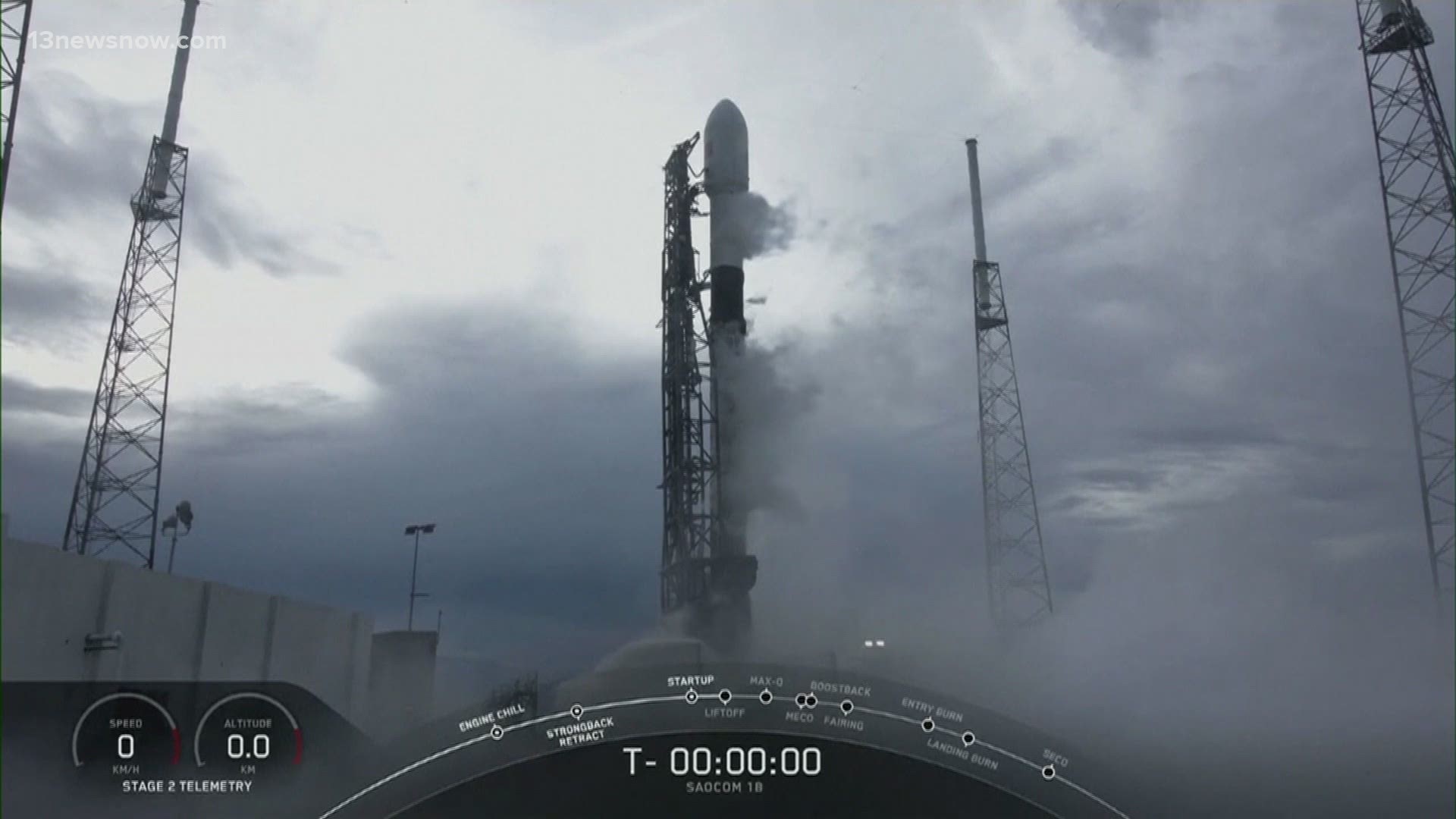 SpaceX launched another 60 Starlink satellites to space on Thursday from Florida.

The company had liftoff at 8:46 a.m. for the Falcon 9 launch from pad 39A at Kennedy Space Center in Cape Canaveral. If a Thursday launch doesn't happen, SpaceX has a backup opportunity at 8:24 a.m. Friday.

You can watch the launch live here.

This will be the twelfth batch of broadband internet satellites the company has launched. So far, SpaceX has launched about 600 Starlink satellites and has permission to send 12,000 to low-earth orbit.

Live coverage will start about 15 minutes before rocket liftoff, and the satellites will deploy about 14 minutes after liftoff. The rocket's first stage booster is set to land back on earth on SpaceX's "Of Course I Still Love You" droneship out in the Atlantic Ocean.