Flying soon? You may see new technology at the TSA checkpoint

Travelers can keep boarding passes in their bags. TSA's new CAT machines can identify travelers and if they're flying with just a driver's license. 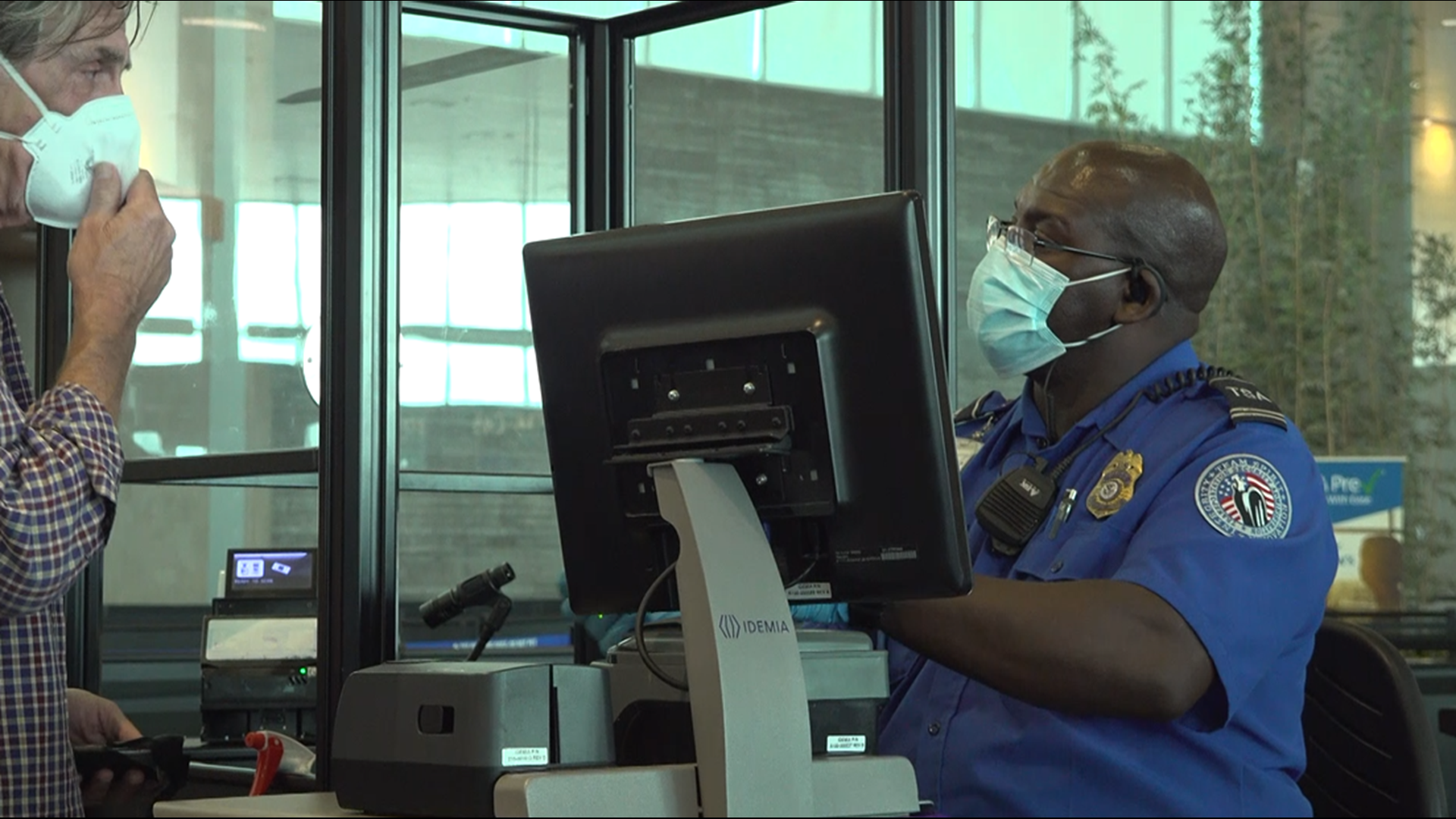 TAMPA, Fla. — There have been many changes to air travel due to the COVID-19 pandemic, like wearing masks and increased social distancing on planes. However, there are also new changes coming to the technology used at Transportation Security Administration's checkpoints.

"We have the credential authentication technology, called the CAT machine, which is a step up from our boarding pass scanner," TSA Federal Security Director for the Greater Tampa Bay area, Kirk Skinner said. "When CAT looks at the identification, it brings up the picture and it validates for the officer who they're talking to."

In other words, you won't need to scan your boarding pass at the initial checkpoint.

"Now you can use your identification to real-time verify that you are who you say you are, and it also verifies that you have a flight today," Skinner explained.

You will still have to show your boarding pass at the gate or the terminal entrance, but not to the TSA agent at the checkpoint. If you have children without IDs to scan, they are still covered.

Around 30,000 travelers pass through the Tampa International Airport every day.

"Of course, we're still recovering from 2020 COVID, and our numbers actually fell by about 50% from 2019. Right now we're about 95% of where we were in 2019," Skinner described. "We expect the holidays could be big numbers for us, but with the resurgence of COVID, the delta variant, it's difficult for us to project."

The average wait time at TPA's security checkpoints is 10 minutes. TSA says they have not had a wait at TPA longer than 30 minutes in the past three years. The new technology removes human error almost entirely, cutting down on wait times and eliminating some steps.

"When you take the human being out of the process, there is less of a chance that a mistake is made, you're going to miss somebody with a different name, or the picture isn't going to match. The name looks the same but the picture is different," Skinner explained. "Catching a fraudulent identification is actually pretty difficult. Our folks are trained in that but it's always a challenge."

Thorough security at airports, especially TPA, is a must. In 2019, TSA intercepted 87 firearms at TPA. That year, the airport was No. 10 in the nation for the most firearms found at security checkpoints. Numbers show the airport could be on track to make the list again this year.

"To date this year, we've had 78. We've still got six weeks to go, so we may have as many firearms this year as we've had in the past, which is typical for us," Skinner said.

Having a firearm at the airport will mean getting law enforcement involved. Depending on the state of the firearm, if it's loaded, could mean going to jail.

"Law enforcement takes over the weapon and they take over the process of discussing it with the passenger," Skinner explained. "If they have a concealed carry, they are given the opportunity to put it in their vehicle or give it to a companion that isn't traveling. If they don't have a concealed carry, they usually leave here accompanied by law enforcement and end up with an arrest."

Even if you don't get arrested after bringing a firearm to the checkpoint, TSA says they investigate every case with a civil action for regulatory compliance. Fines can be upward of $13,000.

TSA says these incidents are usually accidents. People often forget to take them out of their bags before traveling. However, it shows the need for continuously updated security, starting at the initial checkpoint.

The CAT machines are being phased in, so you may still have to scan your boarding pass. You can expect to see them at all checkpoints at TPA by December.

"We're doing this for you, for your protection, and that process requires a partnership between my officers and the passengers, so bring your patience and leave your temper at home," Skinner said.