Unprecedented Arctic blast to break hundreds of records across the US

An early-season Arctic blast is poised to bring record cold temperatures as far south as the Gulf of Mexico. 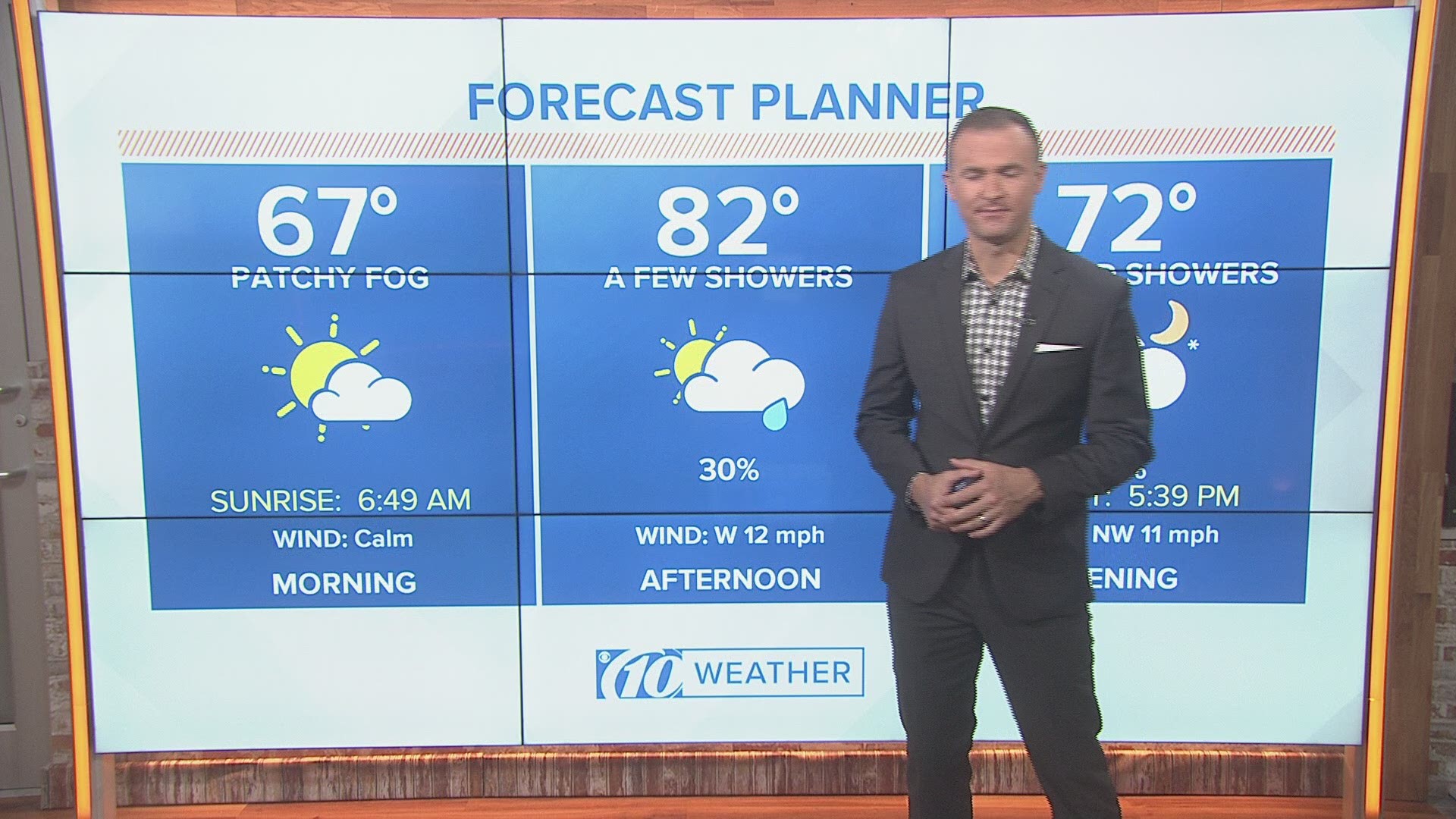 ST. PETERSBURG, Fla. — Temperatures typically make the turn toward cooler territory through autumn, but an early taste of winter in the form of an Arctic blast is on the way for the eastern half of the United States.

The Arctic air has already started descending into the Plains and upper Great Lake States. Many places from Montana to Minnesota had low temperatures in the single digits. Some even dropped below zero.

As this polar plunge continues to advance southeast, more than 300 record cold temperatures are expected to be broken through Wednesday. While the air will moderate and warm as it travels south, a good punch of cold air will make it all the way to the Gulf of Mexico by Tuesday night. Below freezing temperatures are expected in portions of the central Gulf coast with even some upper 20s forecast in the western Florida Panhandle Tuesday night. A Freeze Watch is in effect for areas in Mississippi, Alabama, Georgia and The Florida Panhandle.

Tampa Bay will not be spared from at least the southern fringe of this Arctic air. The cold front will make its way into central Florida Tuesday night, producing a few showers out ahead of it. Once the front moves south, the wind will increase as the cooler air begins to funnel in from the north. By sunrise Wednesday morning, temperatures in Tampa Bay will be in the middle 50s -- but likely feel more like the upper 40s thanks to 10-15 mph winds, gusting as high as 25 mph. Locations north of Tampa Bay, in the Nature Coast, may even see actual temperatures dip into the upper 40s.

Skies will be partly sunny on Wednesday, and, as a result of the added cloud cover, combined with the brisk northerly wind temperatures will likely only peak in the low 70s Wednesday afternoon. 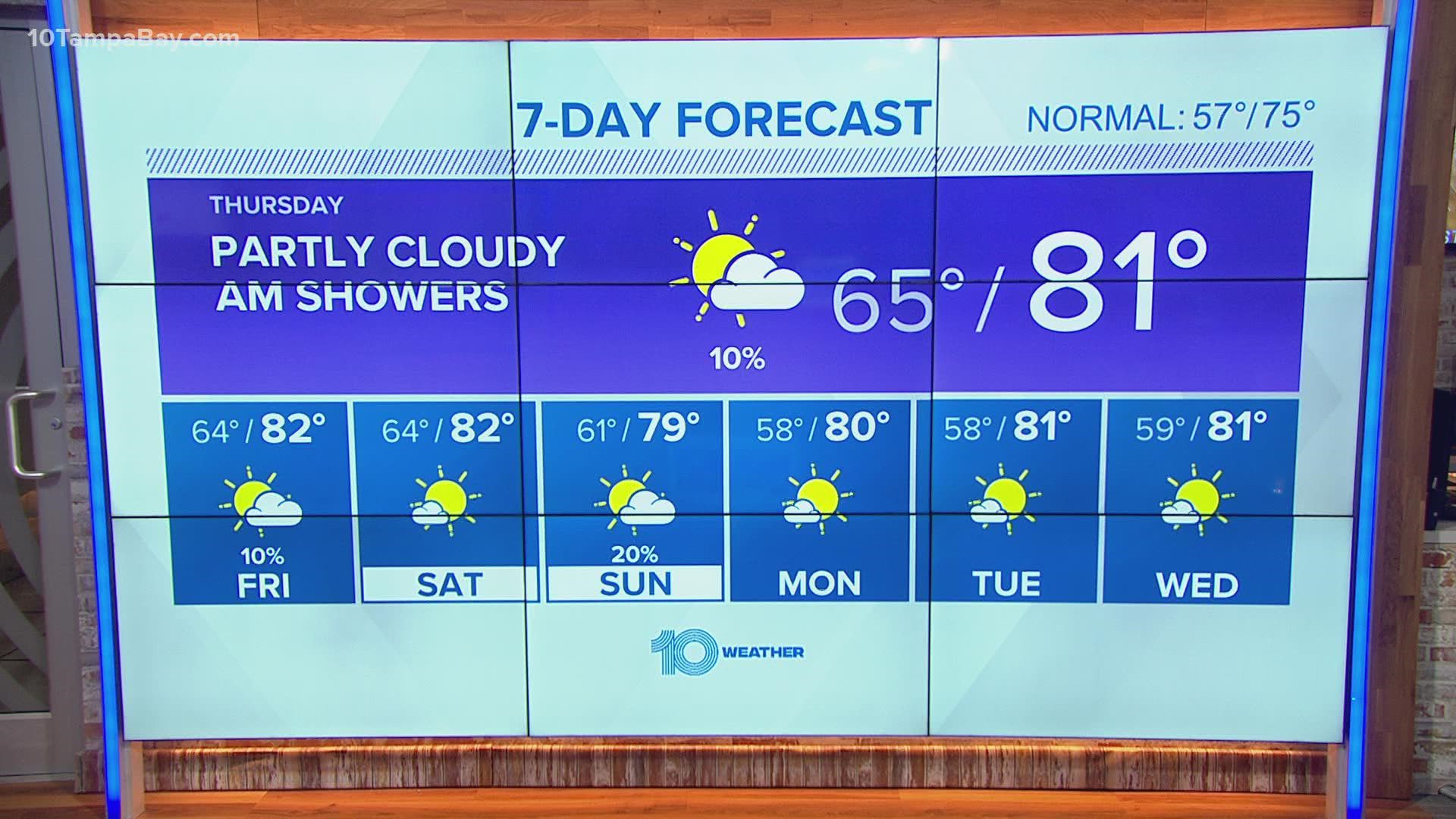