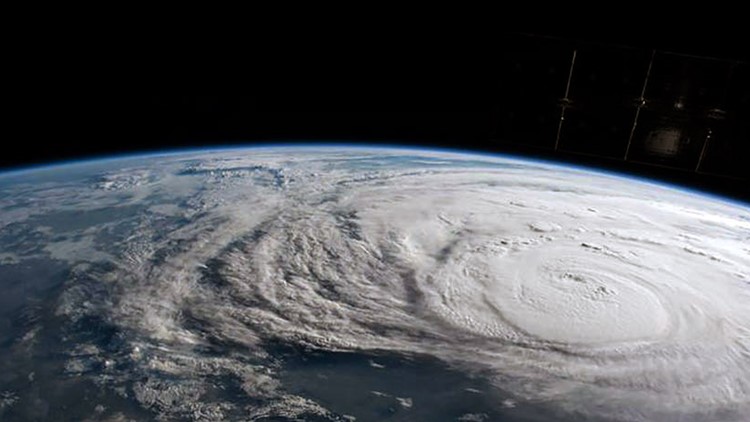 Photo by: NASA, Getty Images
In this NASA handout image, Hurricane Harvey is photographed aboard the International Space Station as it intensified on its way toward the Texas coast on Aug. 25, 2017.

Hurricane Harvey formed in the Atlantic Ocean one year ago

Friday marks one year since Hurricane Harvey formed in the Atlantic Ocean.

While 2005's Katrina remains the costliest hurricane on record at $160 billion, last year's Hurricane Harvey ranks second, with damage costs of $125 billion, according to the National Oceanic and Atmospheric Administration.

Harvey developed from a tropical wave to the east of the Lesser Antilles and reached tropical storm status on Aug. 17, 2017. The storm initially made landfall on the southern end of Barbados and a second landfall on St. Vincent.

Harvey rapidly intensified into a category 4 hurricane before making landfall along the Texas coast on the northern end of San Jose Island about five miles east of Rockport on Aug. 25, 2017.

The storm stalled, with its center over or near the Texas coast for four days. It dropped more than 60 inches over southeastern Texas, causing catastrophic flooding.

The NOAA said at least 68 people died from the direct effects of the storm in Texas, the largest number of direct deaths from a tropical cyclone in the state since 1919.

After making landfall in San Jose Island, Harvey made another landfall near Holiday Beach at Category 3 intensity.

On Aug. 30, 2017, Harvey made its final landfall in southwestern Louisiana. The cyclone slowly weakened afterward becoming a tropical depression later in the day.

Harvey was the eighth named storm, the third hurricane and the first major hurricane of the 2017 Atlantic hurricane season.

Watch: Click or tap here to watch the path the storm that would eventually become Hurricane Harvey took in the Atlantic Ocean