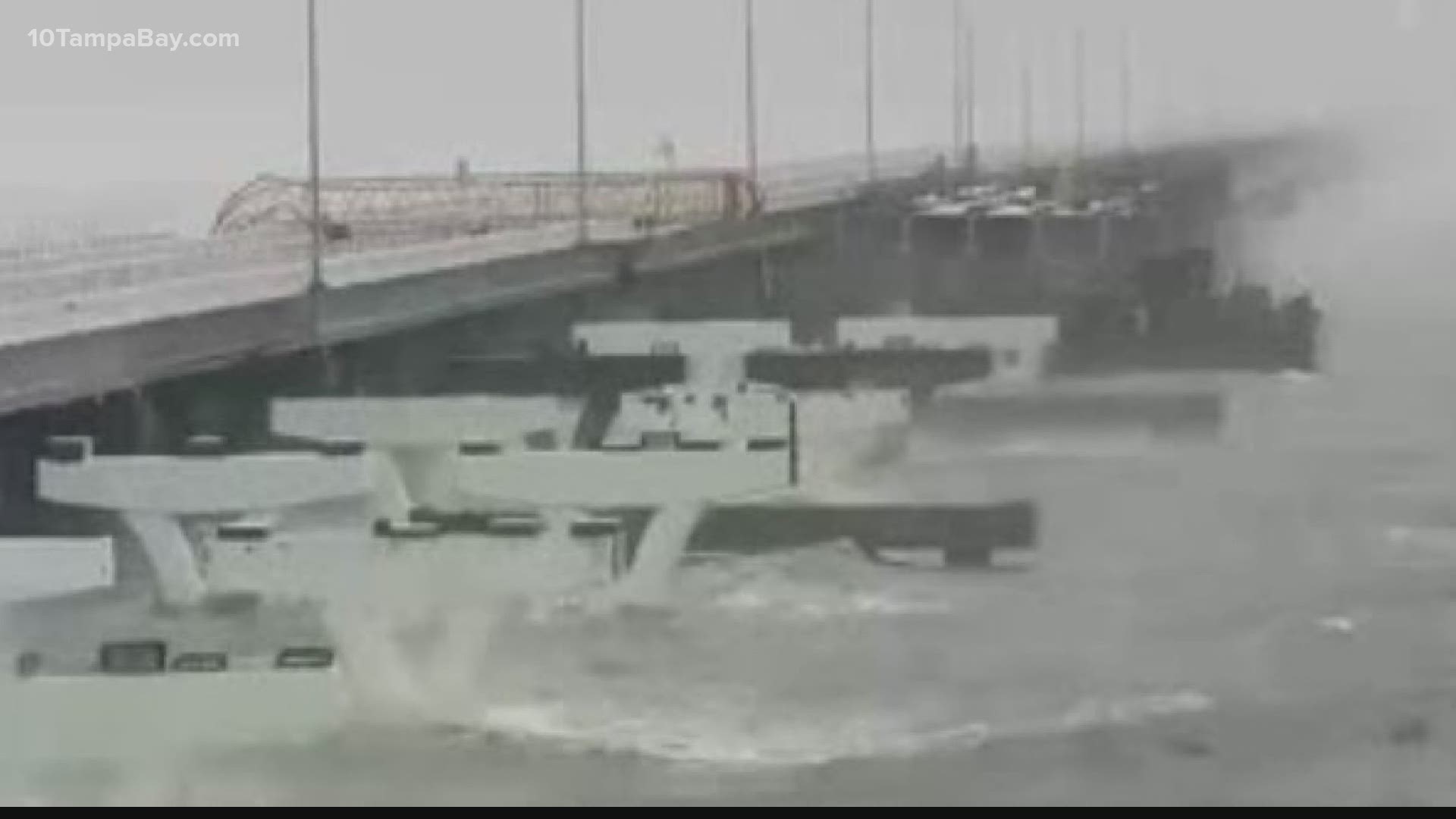 Pensacola News Journal says photos posted on social media showing the damage to the bridge may have been caused by a crane when it fell onto the bridge, knocking a section of the roadway away.

Hurricane Sally made landfall near Gulf Shores, Alabama, at 5:45 a.m. EDT Wednesday as a Category 2 storm, according to the National Hurricane Center.

Emergency crews plucked people from flooded homes. In Escambia County, which includes Pensacola, more than 40 were rescued, including a family of four found in a tree, Morgan said.

He estimated thousands more will need to flee rising waters in the coming days. County officials urged residents to stick to text messages for contacting family and friends to keep cellphone service open for 911 calls.

“There are entire communities that we’re going to have to evacuate,” Morgan said. “It's going to be a tremendous operation over the next several days.”

An emergency crew rescued two people on Dauphin Island, Alabama, after the hurricane ripped the roof off their home and the rest of the house began to crumble.

“As things started to peel off and fall apart, they got scared and called for assistance,” Dauphin Island Mayor Jeff Collier said by phone.

He said no one was injured.

In Orange Beach, Alabama, winds blew out the walls in one corner of a condominium building, exposing the interiors of condos on at least five floors, video posted online showed. Other images showed boats shoved onshore by storm surge.

At least 50 people in Orange Beach were rescued from flooded homes and taken to shelters, Mayor Tony Kennon said.

“We got a few people that we just haven’t been able to get to because the water is so high,” Kennon said. “But they are safe in their home, as soon as the water recedes, we will rescue them.”

Street lights were knocked out in downtown Mobile, a city of about 190,000. Trees were bent over as the rain blew sideways in the howling wind. In downtown Pensacola, car alarms went off, the vehicles' flashing lights illuminating the surrounding floodwaters.

The NHC says Sally will cause dangerous flooding from the Florida Panhandle to Mississippi and well inland in the days ahead. Nearly 500,000 homes and businesses are without power between Sally and Hurricane Laura's aftermath in Louisiana.