It's forecast to make landfall Saturday near Louisiana. 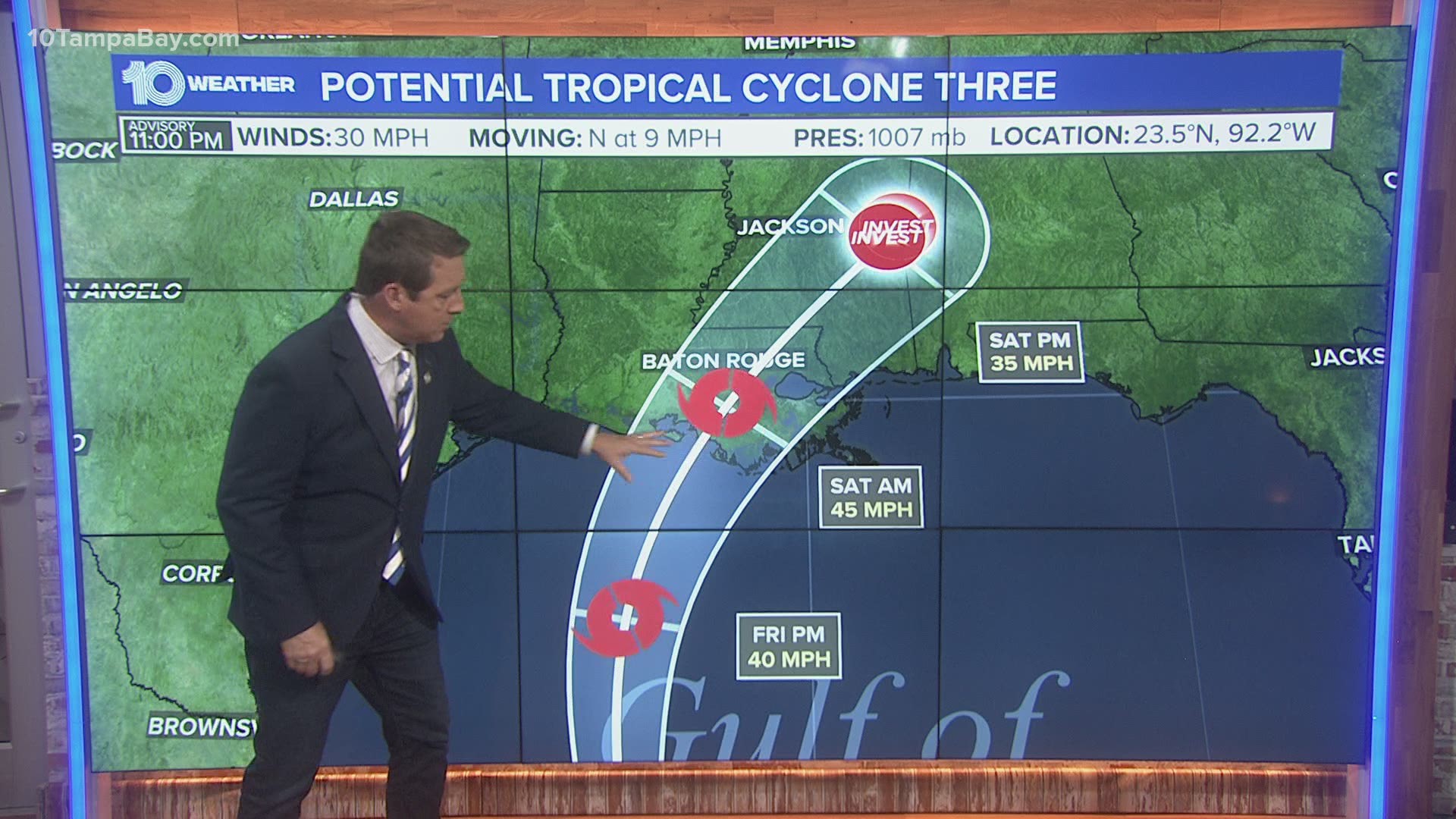 While the storm has yet to develop into a tropical cyclone, the designation allows the NHC to issue watches and warnings to areas likely to be affected by the storm.

The storm is expected to become Tropical Storm Claudette on Friday and make landfall sometime early Saturday near Louisiana.

A tropical storm warning has been issued from Intracoastal City, Louisiana to the Alabama/Florida border along the Gulf Coast. That means tropical storm conditions are expected somewhere in the next 36 hours for that region, which includes New Orleans.

The eventual tropical storm is expected to be mainly an excessive rain maker, with 6-10 inches of rain possible for areas along the north-central Gulf Coast and as far north as north Georgia.

There will be some wind with the storm as well. Maximum sustained winds are forecast by the NHC to reach 45 mph Saturday morning near landfall. Gusts could be higher.

This wind may cause storm surge of 1-3 feet where the highest winds occur.

The tropical storm will also bring a tornado risk as moves inland Saturday.

Florida impacts look to be minimal. The western panhandle of Florida faces the best chance of seeing significant weather. That part of the state could see heavy rain and some wind. The storm track will be important there.

Tampa Bay may see an increased rain chance late this weekend, but likely nothing more than the occasional heavy waves of rain we've seen this week.