National Weather Service meteorologists said a "confirmed large and extremely dangerous tornado" moved through parts of the county and into Tampa Bay. 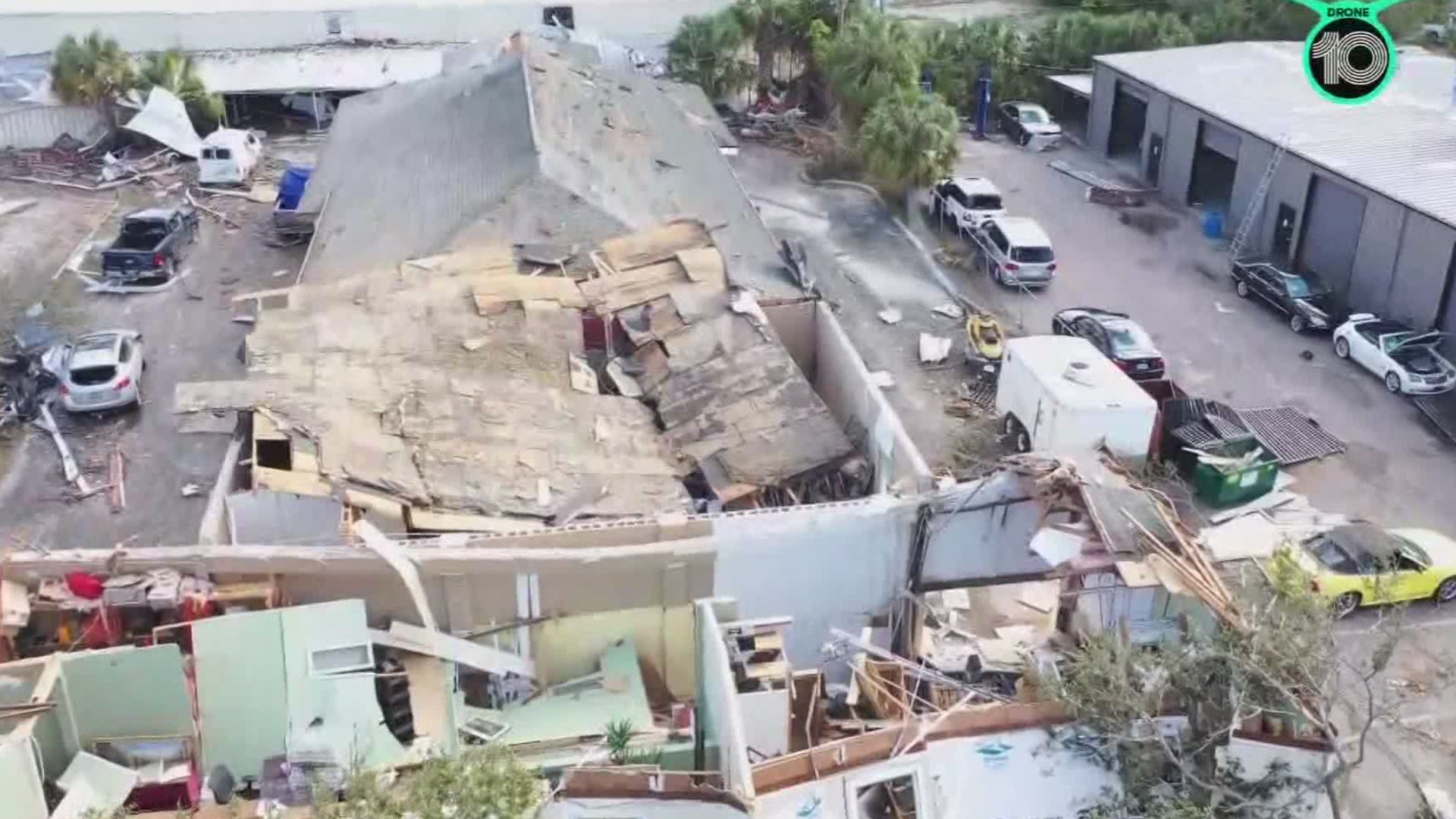 PINELLAS PARK, Fla. — Dozens of buildings and homes have been damaged extensively after reports of a destructive tornado moved through parts of Pinellas County Wednesday afternoon.

"The lights flickered and within 30 seconds or so, we had a tornado on top of us, and debris was hitting the building, and we instantaneously just took cover," said Bryan Sills, who works in an industrial area off Endeavour Way south of Bryan Dairy Road, where at least 25 buildings were affected. "It was all over in less than a minute, walked outside and the tornado hit every building but ours, and it was total destruction all around."

Crews immediately began assessing damage and removing debris from the area. People are asked to continue to avoid the area of 66th Street N. at Bryan Dairy Road after several reports of structure damage, according to the Pinellas Park Police Department.

No injuries have been reported.

1 / 4
Sky 10
A tornado moved through parts of Pinellas Park on Wednesday, Dec. 16, 2020, tearing roofs off buildings and damaging structures.

Nick Carper shared several pictures of damage in his neighborhood, saying it was "one of the most intense things I've ever experienced."

A trampoline was thrown against a building, and a couple of trees were uprooted.

This is not the first time Pinellas Park has been rocked by major tornado damage. The city was hit with a deadly storm just over 28 years ago when a major tornado blew through the area destroying or badly damaging more than 100 homes, according to NOAA.

The funnel is said to have spanned three miles while churning 158-206 mph winds. NOAA reports four people died, and another 130 people were injured during the 1992 storm.

David Salliotte said a home built on the lot he owns was destroyed in that storm and tonight was a reminder of the destruction.

"You thank God that didn't happen--it wasn't that bad, but when you're in that bathroom and it's pitch black, lying in the tub, ducking under cover, it sounded that bad," he said.

Salliotte's neighbor, Rebecca Bourgeois, said she feels lucky to be alive after watching the storm tear through her home and injure her roommate.

"A main branch came right through his window, the TV hit him in the chest and threw him into the wall," she said.

It was a "confirmed large and extremely dangerous tornado," forecasters wrote in their warning.

The tornado then moved across the Howard Frankland Bridge into the city of Tampa, prompting a warning for Hillsborough County. Meteorologists tracked the tornado-warned storm into Polk County, as well, with all warnings expiring by 5:30 p.m.

Thousands of people in Hillsborough, Polk and Pinellas counties were reported to be without power Wednesday evening.

Duke Energy reports 2,400 people are still without power as of about 10:16 p.m. in Pinellas County. It also said the tornadic activity has caused significant damage to its Pinellas Park and Largo electrical grids and that crews are working to repair or replace 25 power poles.