NHC tracks 2 disturbances in the Atlantic, one could potentially impact Florida

The next named storm will be Fred. 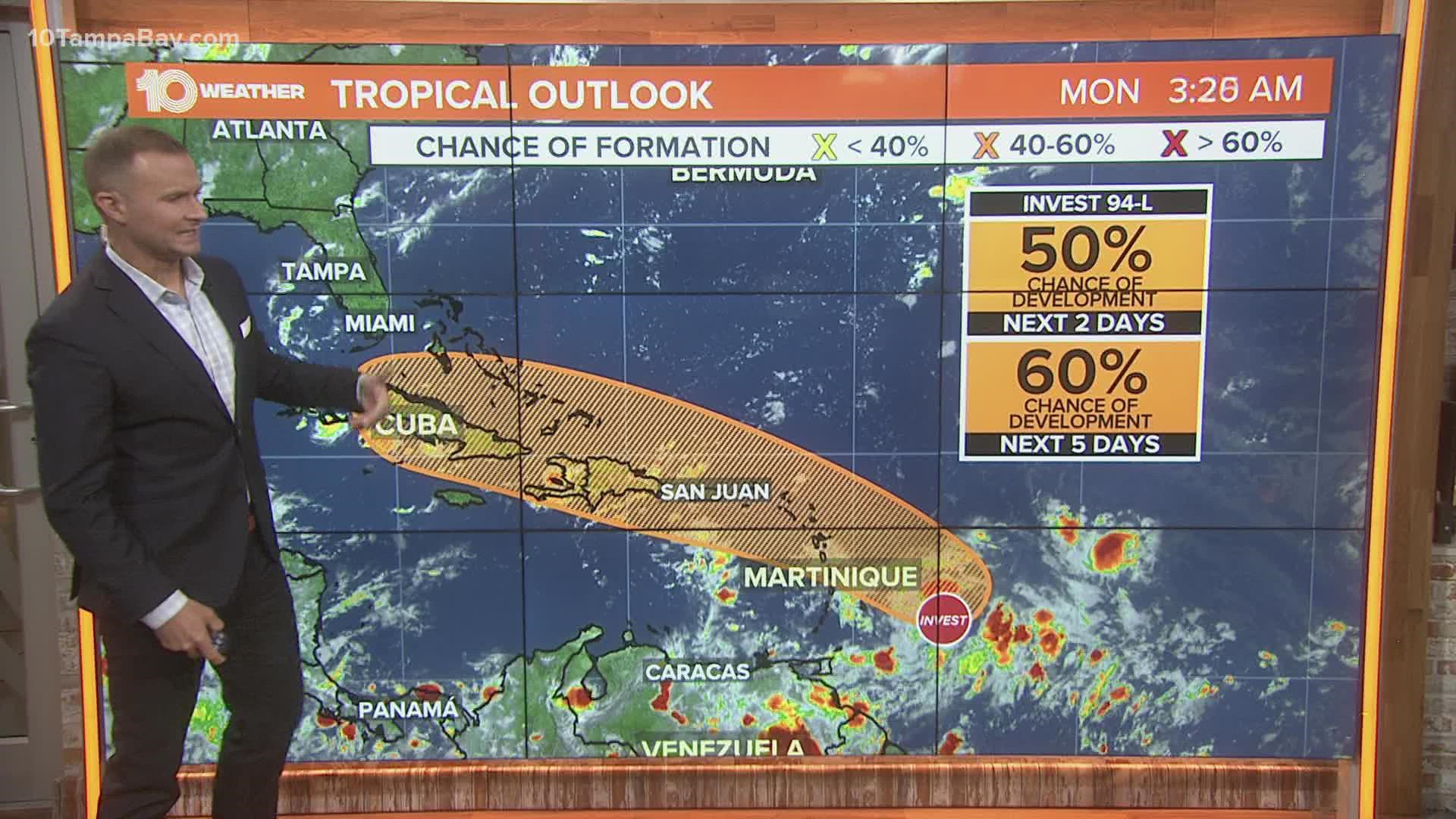 The disturbance with the most concern is Invest 94-L. The system is east-southeast of the Leeward Islands and is producing disorganized showers and thunderstorms.

Over the next few days, Invest 94-L could develop into a tropical depression as it moves west-northwestward at about 15 mph. It is expected to reach portions of the Lesser Antilles by Monday night then move near the Virgin Islands and Puerto Rico Tuesday.

Some forecast models show the system could have the potential to move toward Florida should it develop into a tropical depression or storm.

The second disturbance, designated as Invest 93-L by the NHC, is about 1,000 miles east of the Lesser Antilles.

During its latest forecast, the NHC says the chances of this system's development are less likely during the next few days. It is currently moving toward the west or west-southwest at 10 mph.

The chances of Invest 93-L developing into a tropical depression or storm over the next 48 hours is 20 percent. Those chances increase slightly to 30 percent in the next five days.

We haven't had a named storm since Hurricane Elsa, which made landfall in early July on Florida's Big Bend.

If you compare the 2021 hurricane season to 2020, the season is off to a slow start. On Aug. 3, 2020, Hurricane Isaias made landfall in North Carolina, the ninth named storm of the year.

While the season is still young, the Atlantic is showing signs of life. Typically, about 90-percent of hurricanes occur after Aug. 1.

Peak hurricane season is between mid-August to October. The next storm name on the list is Fred.