Hurricane season is 1 month away, but don't sleep on May

An early season tropical storm or two sometimes develops ahead of the June 1 start to the Atlantic hurricane season. 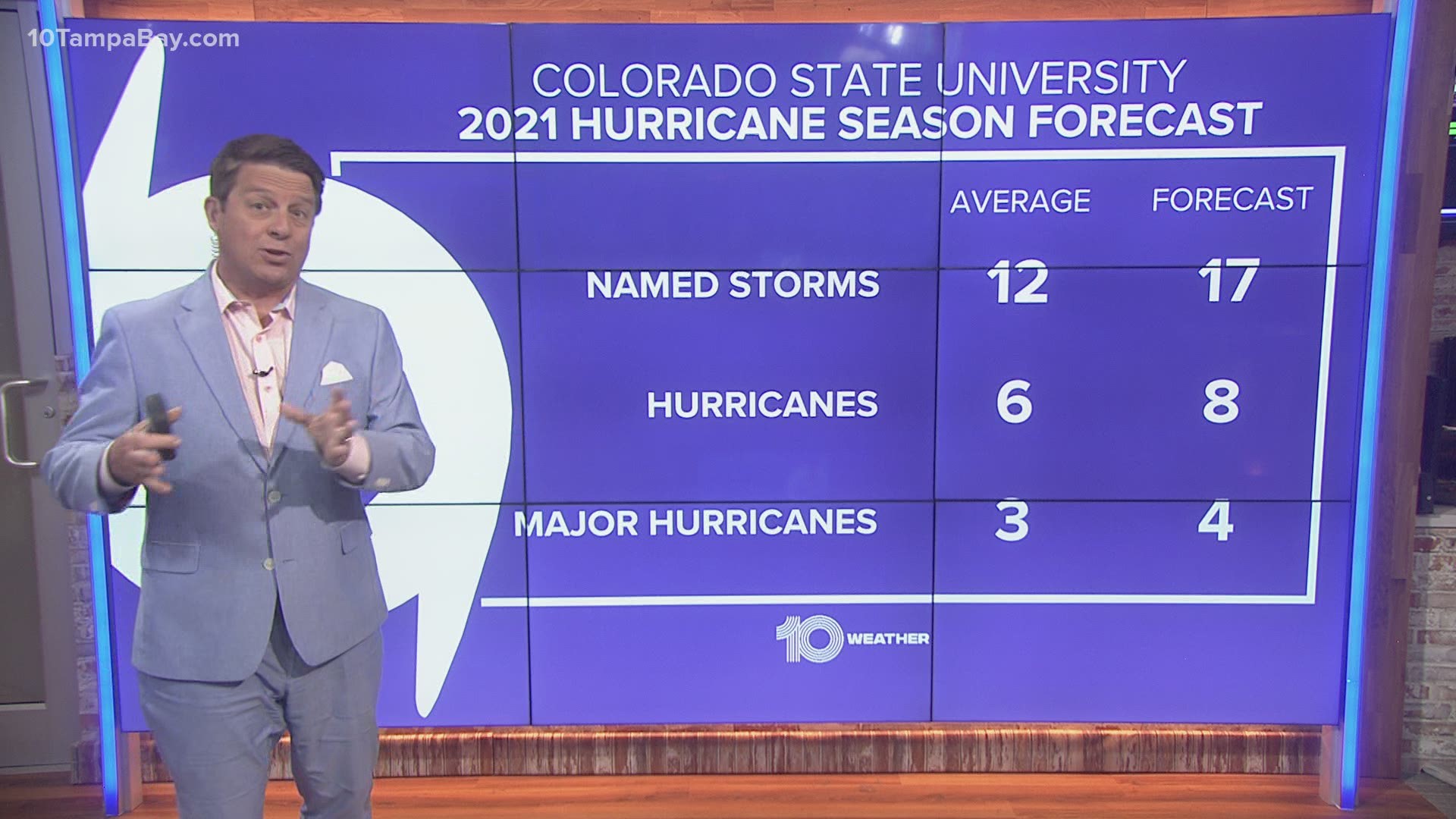 ST. PETERSBURG, Fla. — It's not out of the question a tropical system or two could develop during the month of May. Yeah, it's time to start talking about hurricane season, which now is -- officially -- a month away.

Although there is still is some time to make those annual storm preparations, it's usually within these next few weeks the Atlantic and Gulf of Mexico start to churn out a storm or two.

In fact, there were two preseason storms that developed last year ahead of the official June 1 start date. Arthur was monitored from May 16-21, while Bertha formed later on and hung around from May 27-28.

RELATED: How to use the 10 Tampa Bay app to get important weather alerts

Credit: 10 Tampa Bay
It's not uncommon to see tropical systems develop prior to the official June 1 start of the Atlantic hurricane season.

Last year was an incredible hurricane season, with 30 named storms, 13 hurricanes and six that reached major Category 3 status or higher. Colorado State University hurricane researchers think this year will still be above-average but not quite as busy as 2020.

For its part, the National Oceanic and Atmospheric Administration has yet to come out with its annual hurricane season forecast as it typically is announced in mid-late May.

Because storms have been developing more frequently ahead of season, the National Hurricane Season will begin issuing routine tropical weather outlooks beginning May 15. That information will be published here beginning at 8 a.m. ET that day.

Hurricane season runs from June 1 to Nov. 30, with the peak occurring from August through early October when ocean waters are typically at their warmest.