Atlantic tropical cyclones have been forming earlier in recent years, causing meteorologists to begin the outlooks more than two weeks ahead of the old schedule. 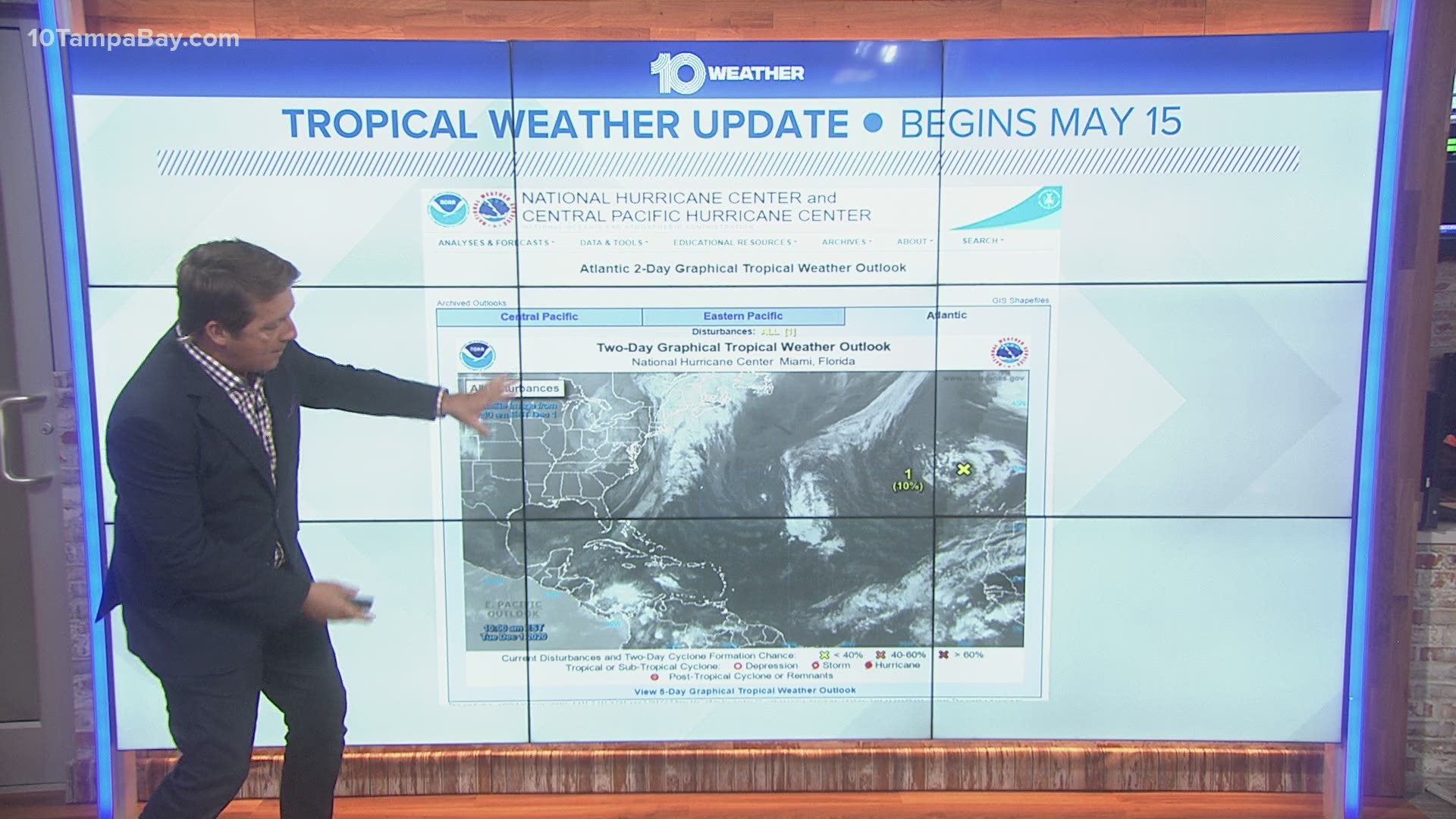 TAMPA, Fla. — Despite speculation, the National Weather Service isn't changing the official start of the Atlantic hurricane season this year – but the agency is doing something new this time around.

After six straight years of Atlantic tropical cyclones forming before the start of the season on June 1, the NWS will now issue routine Tropical Weather Outlooks (TWOs) beginning May 15. That information will be published here beginning at 8 a.m. ET that day.

Michael J. Brennan, NHC Branch Chief, said in a statement that given recent increased tropical cyclone activity in the Atlantic basin in late May, routine issuance of the Atlantic basin tropical weather outlooks starting in mid-May offers a service improvement over unscheduled outlooks.

While the 2021 Atlantic hurricane season will still officially begin on June 1, later this month at the World Meteorological Organization meeting, there will be a discussion on whether to start the 2022 (and beyond) hurricane season on May 15.

Last year, the NHC released 36 tropical weather outlooks before June 1. Issuing them for the Atlantic basin starting May 15 will match the season in the eastern Pacific.

Since 2000, about every other year, storms have preceded the official start date.

10 Tampa Bay is your Hurricane Headquarters. You can always find an interactive tropical tracker, evacuation zone information, and emergency resources by clicking here.