If this storm develops, Florida and much of the East Coast will need to monitor its progress. 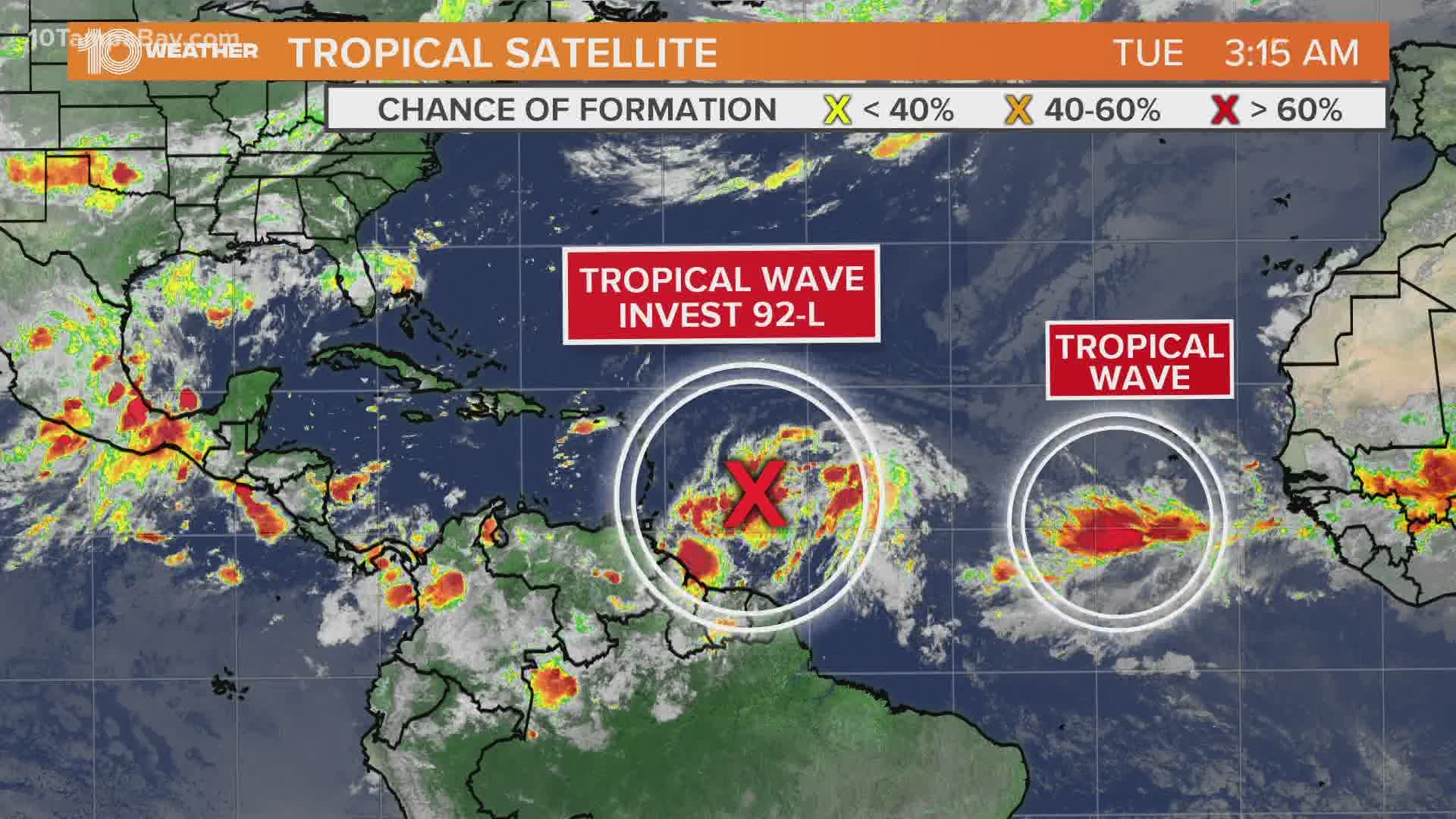 ST. PETERSBURG, Fla. — Invest 92-L is likely to become Tropical Storm Isaias sometime in the next few days. If this storm develops, it will be one to watch for Florida and much of the East Coast.

While numerous computer models, including the GFS, show this potential tracking near Florida and along the East Coast next week, our often more reliable European (ECMWF) model actually struggles to show significant development and even shows this tropical wave drifting through the Caribbean until it dissipates.

Invest 92-L is going to encounter some dry air and a big plume of Saharan dust. This Saharan Air Layer (SAL) helped completely dissipate Tropical Storm Gonzalo last week, but Invest 92-L is a much bigger disturbance. It is also expected to run into some weakening wind shear as well toward the end of the week. So there is a lot of uncertainty with its ability to survive the environment it will eventually experience.

The system will reach the Caribbean in about three to four days. Any land interaction with Puerto Rico or Hispanola would also diminish the intensity of the storm.

Credit: 10 Weather
Computer models are in good agreement about taking Invest 92-L near the Caribbean islands, but where it goes after that remains a question.

Here are the hurricane names for 2020:

So what happens if we run out of names this year? After the 21 named storms above in the Atlantic basin are used, any additional storms get names from the Greek alphabet. So, let’s say we have a storm named Wilfred. If another formed, we would then move onto Alpha, then Beta, then Gamma and so on.

The first and last time in which the Greek alphabet was needed was in 2005, during the busiest hurricane season on record when there were 28 named storms.