Taylor Klein had a hard time keeping her "Cool" when her favorite band pointed her out in the crowd. 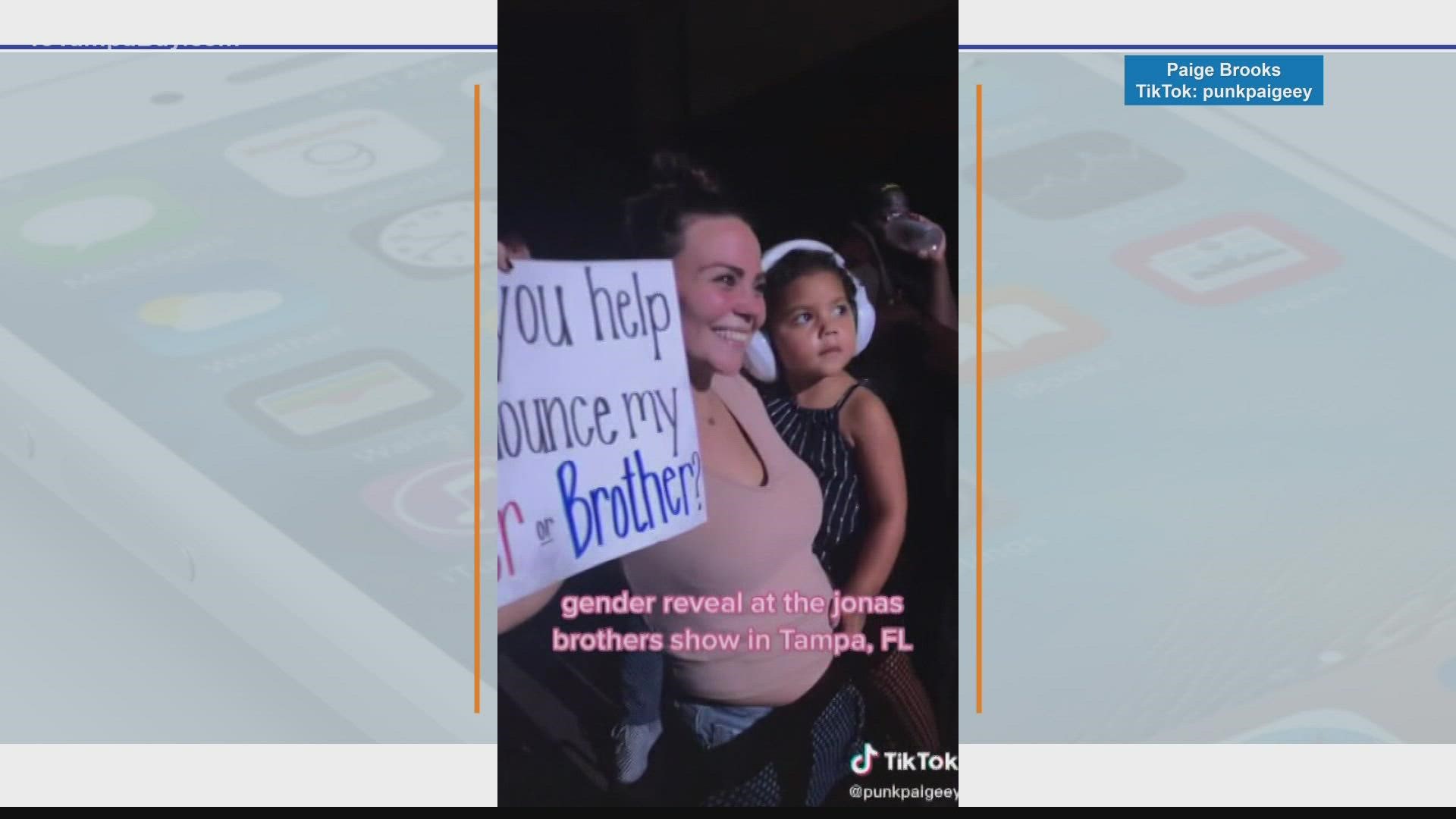 TAMPA, Fla. — You can be sure this mom is going to "Remember This."

Taylor Klein is a mom to her 3-year-old daughter, Mila, with another little one on the way. She's also a Jonas Brothers super fan who got the experience of a lifetime during the band's Saturday night show in Tampa.

From the front row, Taylor was able to flag down the boys to help her reveal the gender of her baby. And it all went down in the middle of the concert.

With the help of the security team and fellow JoBros fans around her, Taylor and Mila showed the band a sign that read, "Will you help me announce my sister or brother?"

"It was a group effort," Taylor said. She explained that the security guards let her come right up to the front of the crowd and shined flashlights on her sign while people behind her jumped up and down to get the Jonas Brothers' attention.

"Finally Kevin came over and noticed it and he went and grabbed Joe and it all unfolded."

Taylor passed the band an envelope which they opened in front of the crowd of cheering fans to reveal that she's having another girl.

“I couldn’t even do anything except for smile," Taylor said.

"I’m just sitting there cheesing really hard because I’m literally standing in front of my three favorite people that I’ve loved since I was like 9 years old and now I get to be front row with my daughter and have them announce our next baby. It was so cool."

While nearly 20,000 fans got to experience the special moment in person, millions more got to join in the fun online after a TikTok of the gender reveal went viral.

The video, which was posted by Paige Brooks, has racked up more than 1.8 million views and hundreds of comments with well-wishes for Taylor and her family.

Taylor's baby girl is due in March, and while she doesn't think her fiancé will be up for any Jonas-related names, Taylor hopes she can keep in touch with her favorite band after this incredible experience.

"They're invited to the baby shower. They can come," she joked.

Had a blast sweating on stage last night in Tampa 😎 West Palm Beach you’re up next! See you tonight? pic.twitter.com/g9cI0S4Sl8