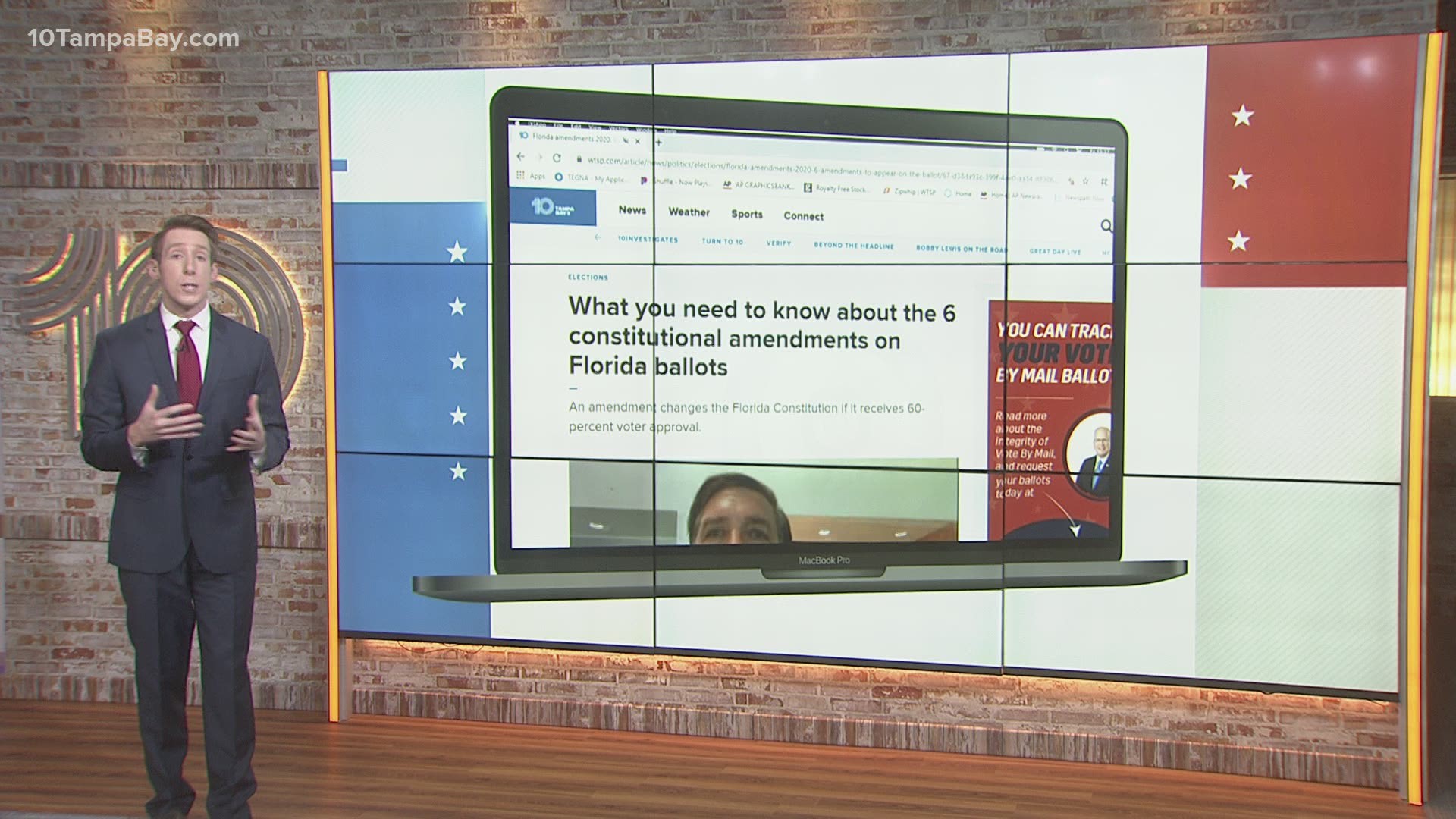 TAMPA, Fla — Good morning Tampa Bay! It's the start of another wonderful workweek.

Let's take a look at some of today's top stories.

The Tampa Bay Rays won Game 1 of the ALCS against the Houston Astros Sunday night.

The Rays were able to hold off the Astros in the close 2-1 game. Game 1 was Tampa Bay’s first taste on their road to redemption against the Astros who knocked them out of the playoffs last year.

RELATED: Rays take Game 1 of the ALCS, beating Houston by a narrow 2-1 margin

Who is Amy Coney Barrett? ⚖️

Ginsburg's replacement by Barrett, a conservative, would shift the balance on the court significantly right, from 5-4 in favor of conservatives to 6-3.

Here are five things you need to know about the SCOTUS nominee.

Both President Donald Trump and Joe Biden have plans to visit the Sunshine State this week.

The Democratic presidential nominee's press campaign says Biden will be in the state Tuesday, Oct. 13, with stops in Pembroke Pines and Miramar.

During his time in South Florida, Biden is expected to discuss his vision for "older Americans" and encouraging Floridians to make a plan to vote.

President Trump is scheduled to speak Monday evening at an event in Sanford, Florida. He initially wanted to visit Florida this weekend but instead held an event at the White House speaking from the Blue Room Balcony.