Big Cat Rescue's Carole Baskin and her husband Howard have been lobbying for the bill's passage for years. 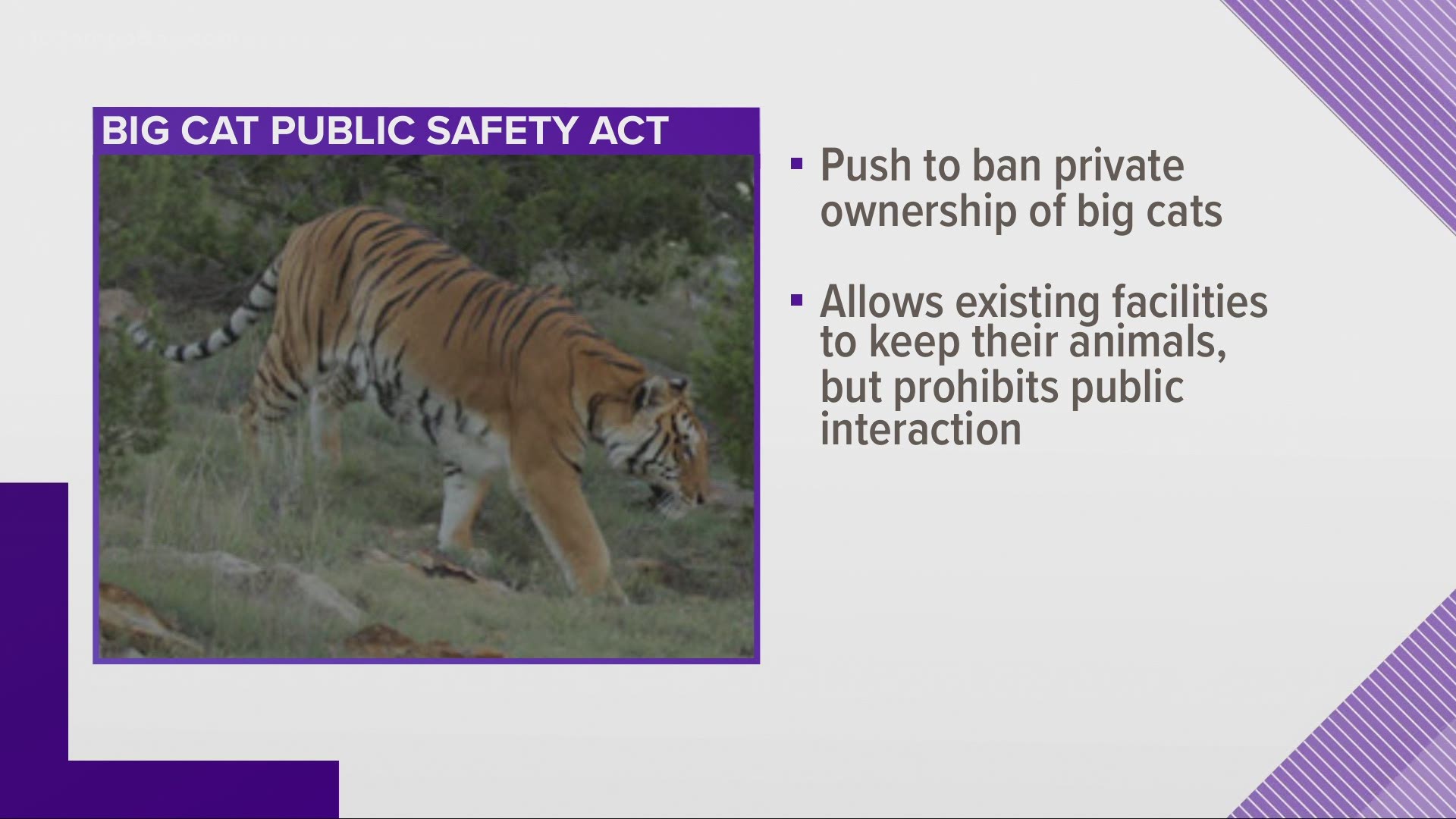 TAMPA, Fla. — A bill that bans private ownership of big cats in the U.S. has passed the House of Representatives by a vote of 272-114.

The legislation, dubbed the Big Cat Public Safety Act, was featured on the Netflix docuseries "Tiger King" and is supported by series star and Big Cat Rescue owner Carole Baskin and her husband Howard.

The Big Cat Public Safety Act further amends the 1981 Lacey Act Amendments of the Captive Wildlife Safety Act. Specifically, the bill revises the trade of big cats such as lions, tigers, leopards and would further restrict terms of possessing and exhibiting big cats.

The bill allows for existing facilities to keep big cats but would further restrict direct contact between the public and the animals. In other words, organizations, such as Big Cat Rescue, that are categorized as wildlife conservation groups would be allowed to keep their animals.

The Big Cat Public Safety Act also doesn't prohibit the breeding of big cats so long as the facility has the proper license and ensures "the frequency of breeding is appropriate for the species."

Coincidentally, the day Congress voted on this legislation, a horrible accident happened at Big Cat Rescue. In a Facebook post, the organization said one of its volunteers had her arm nearly torn off by a tiger Thursday morning.

"This happened on the day our federal bill to ban cub handling and private possession comes to the House floor for a vote," the organization wrote.

The volunteer was taken to the hospital in serious condition.

"The fact that, despite our intense safety protocols and excellent record of safety, an injury like this can occur just confirms the inherent danger in dealing with these animals and why we need the Big Cat Public Safety Act to eliminate having them untracked in backyards around the country and ending up in sanctuaries where wonderful people like Candy Couser have committed themselves to providing care for those discarded by the pay to play industry," Big Cat Rescue added.