This comes as red tide plagues the Tampa Bay area. 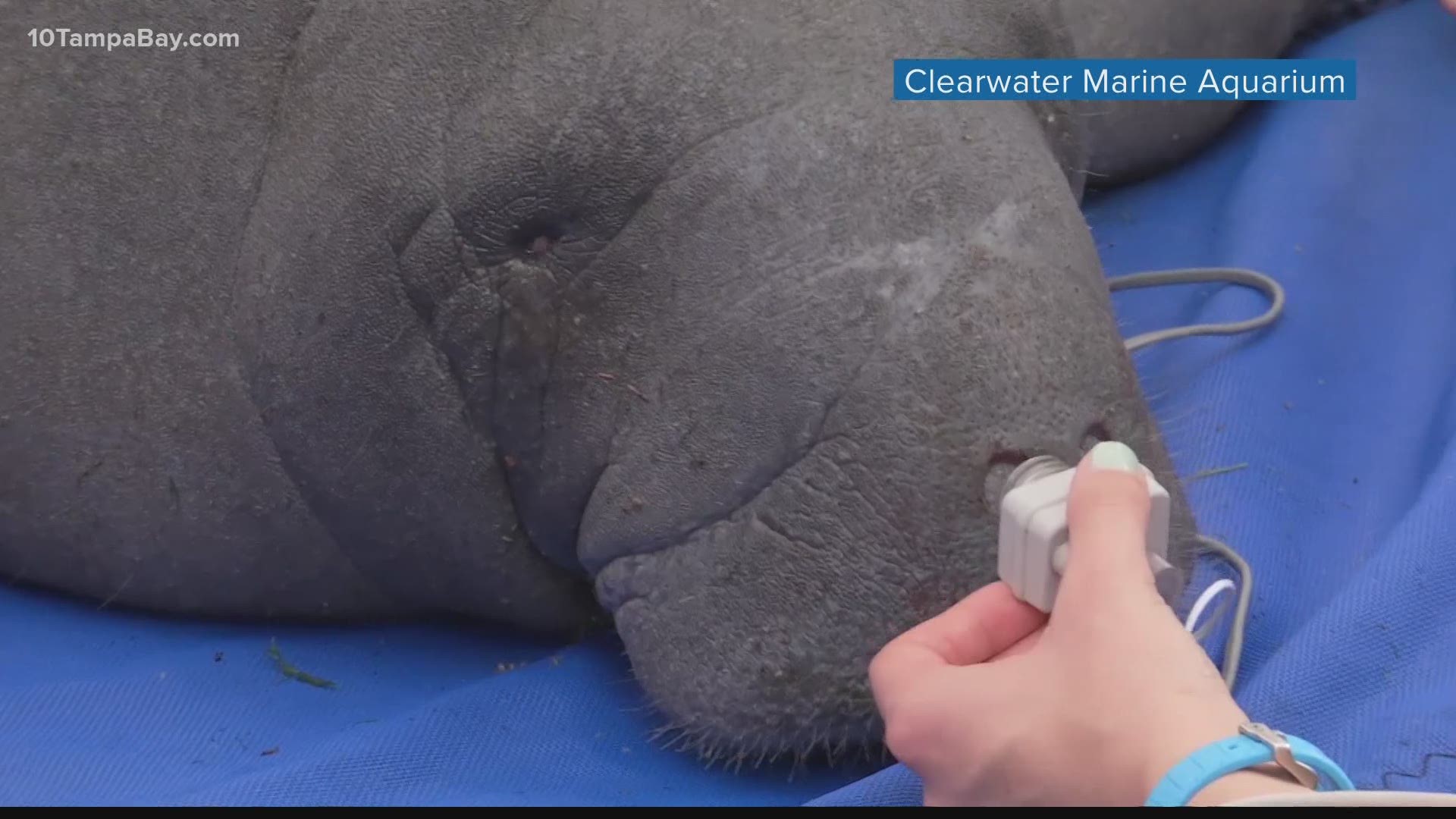 CLEARWATER, Fla. — There have been more manatee deaths so far this year in Florida compared to any other year in the state's recorded history.

The Florida Fish and Wildlife Conservation Commission reports 850 manatees have died through July 20, topping the previous record of 830 deaths that were recorded in all of 2013. Those deaths occurred following a red tide outbreak, according to The Associated Press.

On Wednesday, Clearwater Marine Aquarium will announce its plans for a new manatee rehabilitation center in anticipation of an influx of manatees that need help.

The announcement comes as red tide continues to grip the Tampa Bay area.

Scientists say the majority of manatee deaths are due to starvation. Algae blooms have killed off much of the seagrass the sea cows need to survive.

Seagrass requires sunlight, which is hard to come by when algae blooms sit on the surface of the water and block any light from reaching the seabed.

As of Monday morning, 1,208 tons of marine debris had been collected in Pinellas County. That's 2.4 million pounds.

Daily samples from the Florida Fish and Wildlife Conservation Commission show that red tide is sweeping into Tampa Bay. The most recent samples show high levels of the harmful algae Karenia brevis near Indian Shores Beach, Vinoy Park, and Snake Key among others. People who live along the water in Coquina Key said they have never seen this many fish die because of red tide.

Clearwater Marine Aquarium is a nonprofit dedicated to inspiring the human spirit through leadership in education, research, rescue, rehabilitation and release.