Red tide returns to Tampa Bay: 'This is a major disaster here in the Tampa Bay region' 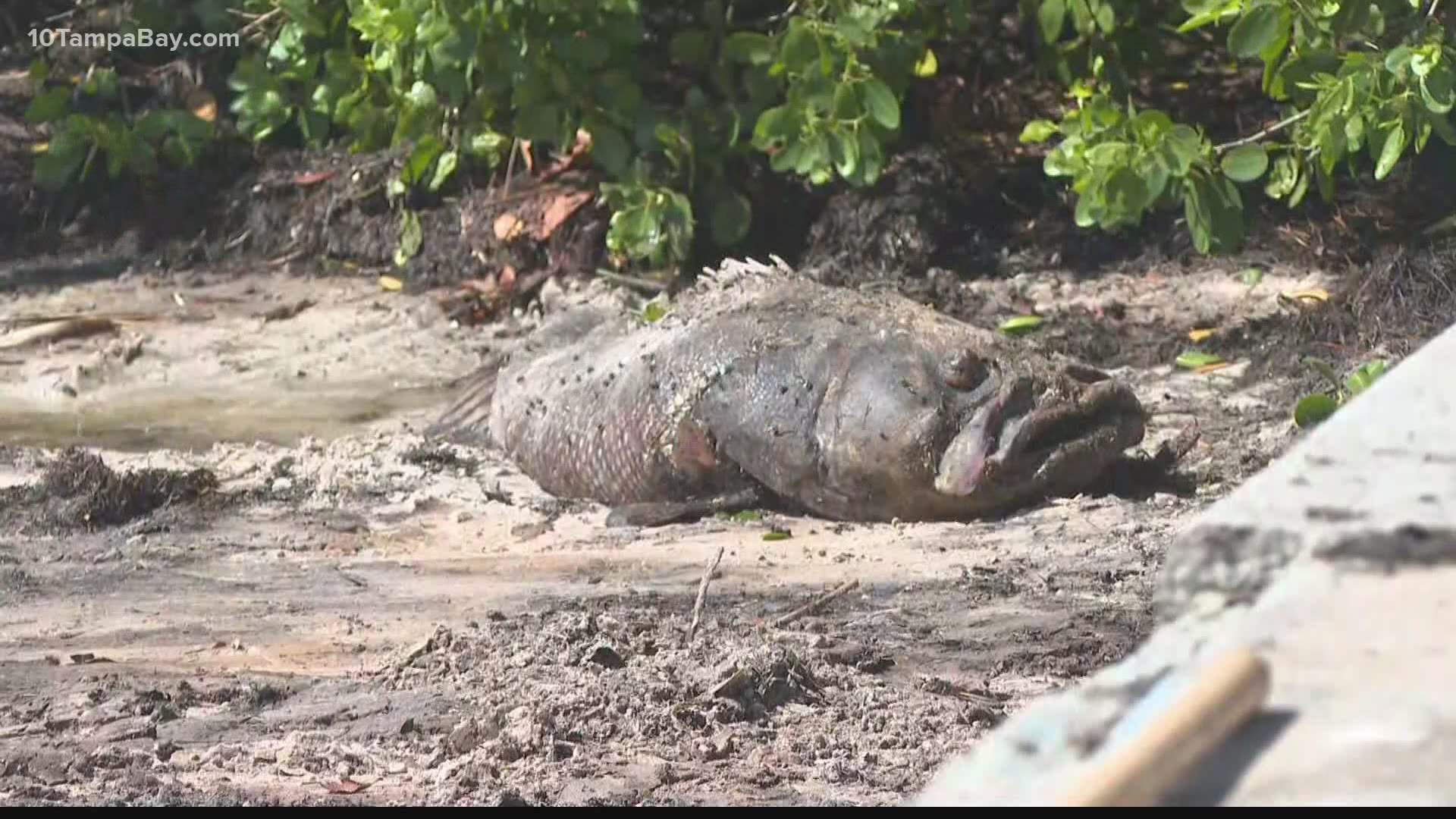 PINELLAS COUNTY, Fla. — People living in Pinellas County said red tide is back and it's extreme in some areas along Tampa Bay.

People living in Coquina Key described it as the worst they have seen.

"This is like no red tide we’ve ever seen before. Goliath grouper, dead dolphin, dead tarpon," one woman living in Coquina Key, Beth Moch explained.

People who live along the water in Coquina Key said they have never seen this many fish die because of red tide.

People said there were so many dead fish, the smell became unbearable.

"I couldn’t even go outside and do the lawn today because it was that putrid, the smell," Moch stated.

People in Coquina Key were coughing and had headaches. Those are symptoms you could experience if you are in an area around red tide.

People are happy the city acted to clean the dead sea life, but they want to see more done.

"I’d like to know what type of disaster we’re dealing with and I think the only way to do that is to bring in scientists and do some additional testing," Moch stated.

10 Tampa Bay reached out to Governor DeSantis's office to see if state officials will act on the current red tide in Tampa Bay.