What types of animals are affected by red tide? 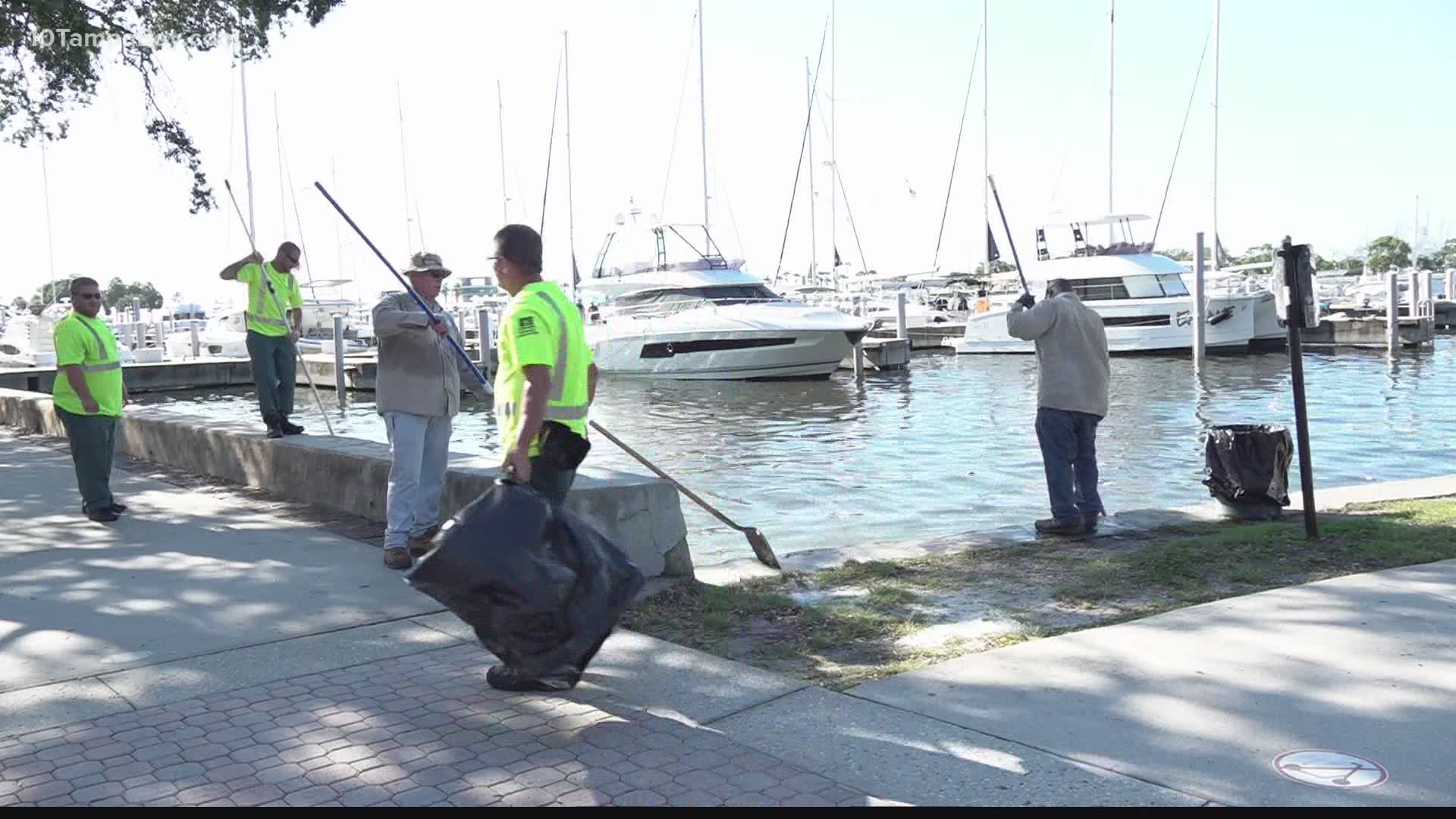 ST. PETERSBURG, Fla. — Red tide has been an issue dating back as far as the 1700s. It's been reported in the southern Gulf of Mexico and along Florida's Gulf coast since at least the 1840s.

It wasn't until 1946 that K. brevis, the organism responsible for the red tide, was finally identified as being the cause of disturbance of the marine ecosystem.

In 2021, we are definitely seeing the effects of red tide more than ever within the last few weeks. More than 1.3 million pounds of dead sea life being collected in the Tampa Bay area speaks for itself.

10 Tampa Bay reported on a large goliath grouper that washed up dead on the beach at the Tampa Bay-facing Lassing Park in southeast St. Petersburg. Although its cause of death hasn't been officially determined, the dead fish being found among other deceased sea life in areas where there is a lot of red tide suggests the toxin could be to blame.

We see lifeless bodies of fish pop up all the time, but what about the other animals that we don't hear much about?

Loggerhead sea turtles are most affected. Recovery is possible, FWC says, but it can take up to 50 days for their bodies to be free of toxins.

Since seabirds depend on fish to survive, FWC reported huge die-offs linked to contaminated fish.

Double-crested cormorants, lesser scaups, and brown pelicans are most commonly affected by red tide. They'll be weak, show signs of seizures or be unable to stand. Sometimes, they'll have oral or nasal discharge.

Between June 1987 and May 1988, more than 740 bottlenose dolphins stranded. Many were already dead when they were found.

According to FWC, there've been four "notable bottlenose dolphin die-offs" since then – three of which were in the Florida Panhandle. In one of those, nearly 100 dolphins died around a period of dense K. brevis blooms. Almost all of the dead dolphins had brevetoxins in their bodies.

Researchers have been suspected red tide as the culprit behind Florida manatee deaths since at least 1965.

In 1982, FWC says "numerous" manatees were sickened during a bloom. Deaths continued weeks after red tide conditions improved. This was followed by a large-scale die-off in 1996.

"Researchers believe brevetoxins accumulated in filter-feeding organisms attached to seagrass blades, which were then eaten by manatees," FWC explains.