The wildlife officer and her friends were able to cut the turtle from the trap line. 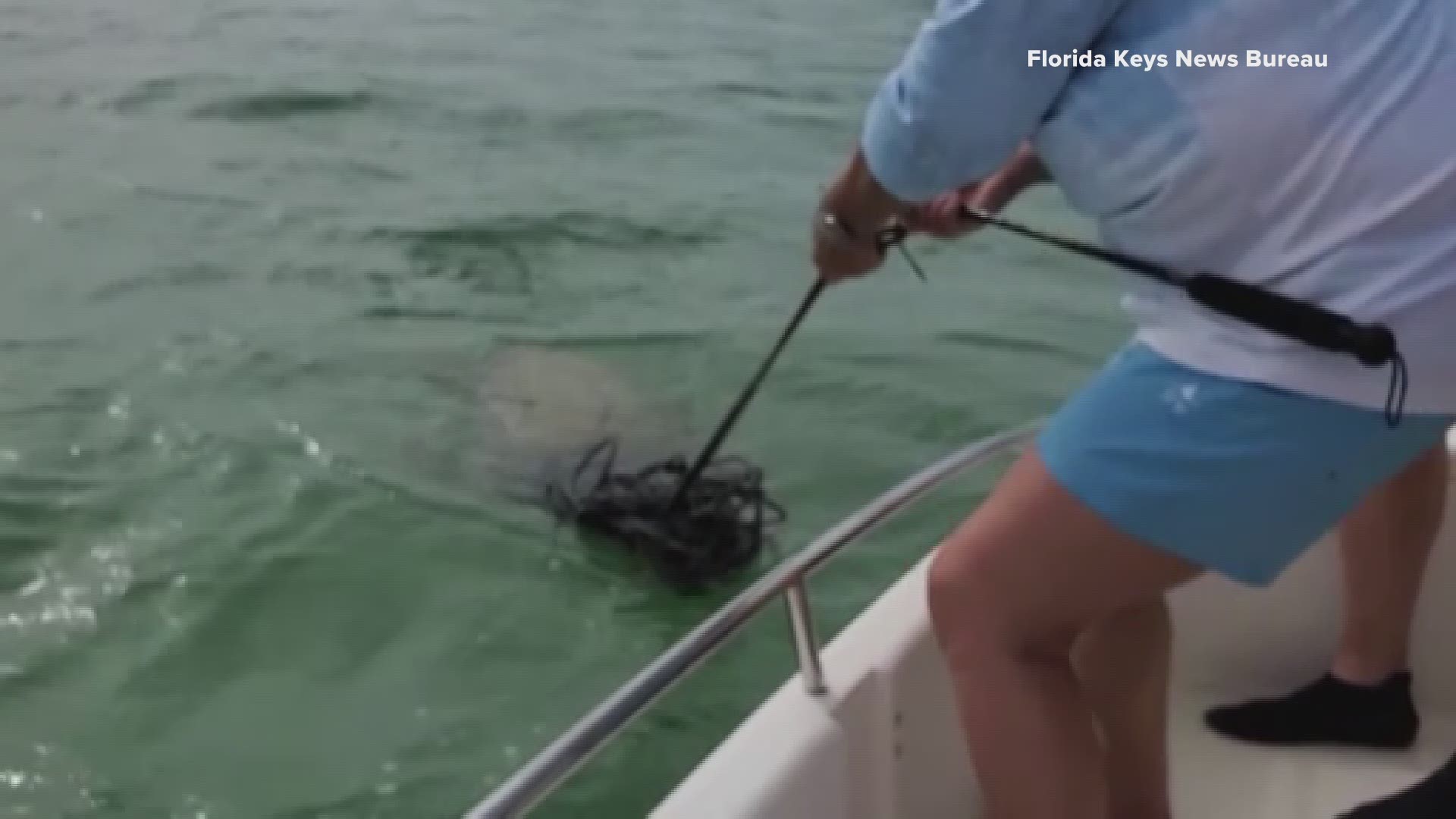 LONG KEY, Fla — A loggerhead sea turtle has a new lease on life thanks to an off-duty FWC wildlife officer.

It happened June 19, according to the Florida Keys News Bureau. Lt. Liz Lyne, a 20-year veteran of the Florida Fish and Wildlife Conservation, was boating with friends and kids and was on the way to an eco-tour and snorkel adventure, as well as a beach cleanup on Long Key, according to the news outlet.

Lyne saw a sea turtle struggling at the surface, and when the boat got closer, they could see the turtle was entangled in a fishing trap line, Florida Keys News Bureau reports.

Lyne and her friends were able to grab the line and cut it away so the turtle could swim away to freedom, the news outlet said.

The loggerhead, which weighed about 150 pounds, would likely have died had Lyne and her friends not intervened, Florida Keys News Bureau said.

Lyne told the news outlet that was the third time she had been involved in the rescue of a sea turtle.

According to FWC, loggerhead sea turtles are considered "threatened" by the federal government. And, this species of turtle is Florida's most common sea turtle.