1996 gymnastics gold medal winner Dominique Moceanu said every gymnast has their own demons. 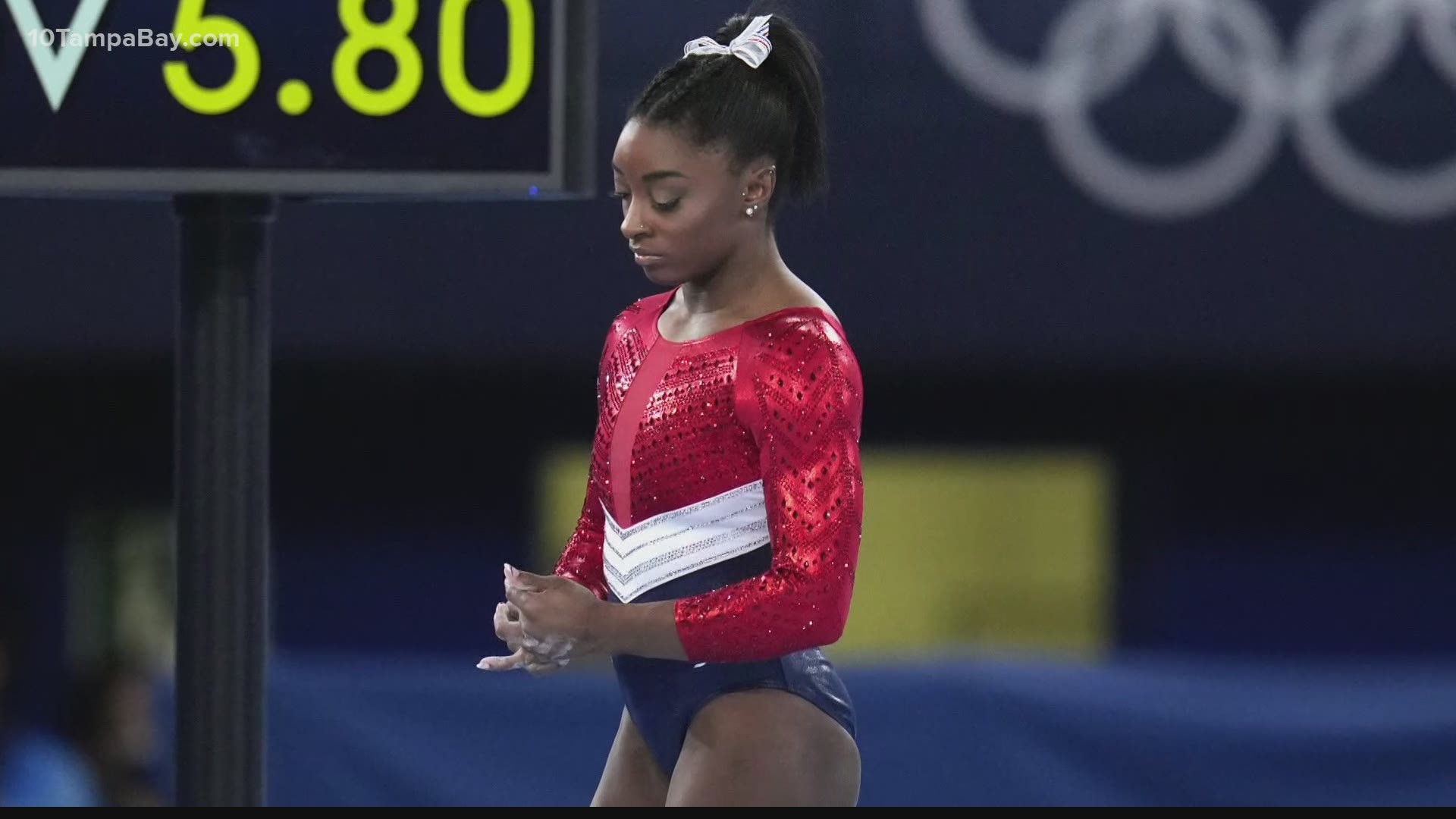 TAMPA, Fla. — Perhaps the most memorable moment during the Summer Olympics in Tokyo will have nothing to do with a gold medal.

Maybe we'll remember it as the first time we saw an athletic phenom as a human being rather than a human doing.

On Wednesday, Simone Biles announced she will not defend her Olympic title. The American gymnastics superstar withdrew from Thursday's all-around competition to focus on her mental well-being.

Almost immediately, the internet responded. There were countless messages of support and encouragement from people advocating for mental health but there was also backlash from people over Biles' decision.

"America failed the pop quiz. We had a pop quiz when Naomi Osaka pulled out. We saw the backlash. We got a do-over with Simone Biles yesterday and we failed that test as well," said Natasha A. Pierre, a mental health educator in Tampa who works with NAMI Hillsborough.

RELATED: 'OK not to be OK': Mental health takes top role at Olympics

Pierre believes the negativity toward Biles shows that people still don't get that mental health is health.

Pierre wants people to learn from this moment we're in with Simone Biles and reevaluate how we define success.

"Bowing out doesn’t always mean quit. Bowing out means I’m going to save me today so I can compete tomorrow," Pierre said.

Almost no one can understand the pressure Biles is under as the world's greatest gymnast of all time but Dominique Moceanu, a 1996 Olympic gold medalist, comes close.

Moceanu said she initially thought Biles had lost spatial awareness in the air and suffered a physical injury. Once she learned it was a mental setback, she immediately thought about how dangerous the sport can be if you're not on your mental game.

"There could be a catastrophic injury, with the level of difficulty being asked, there is no doubt, if your mind is not right, this is a real possibility," said Moceanu.

She said she sent Biles a supportive text but had not talked to her.

Moceanu shared that most elite athletes have demons that range from psychological burdens to coping with trauma. Biles has openly talked about the pressure of people's expectations and her journey as a survivor of sexual abuse at the hands of gymnastics officials.

"It’s better to say and acknowledge I am not in my right mind and I cannot move forward, and that’s ok," Moceanu said.